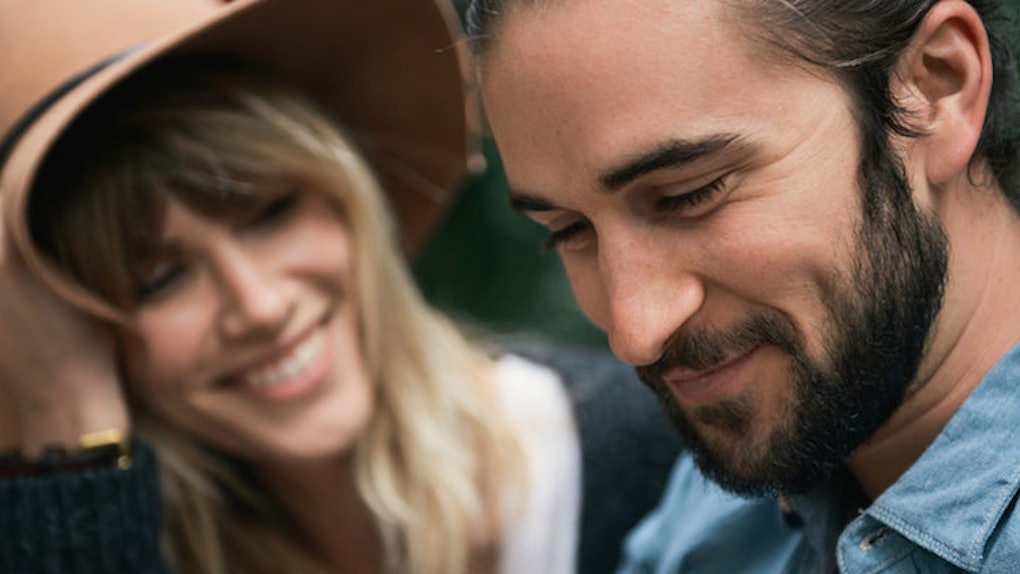 I Was Branded As The Eternal Single Girl, And Now I'm In A Committed Relationship

I was branded as the eternal single girl, the girl everyone said would never settle down, the girl who never got too close to any guy and the girl who used to get mad at her friends for spending more time with their boyfriend than their girlfriends.

Fast forward six years, and things couldn't be more different. I am in a committed relationship with the most handsome, caring, wonderful man and I couldn't be happier.

Now, back up to freshman year of college.

I was young, single and ready to mingle. I quickly jumped into the party scene with my friends. I was drinking five nights a week, partying all the time and going out to meet guys.

This lifestyle ignited a new confidence in me. I could have any guy I wanted. It was almost like a game to us.

It became a ritual for my friends and me. We would get ready together, blast music, drink cocktails, get all dolled up and go out to bars and clubs throughout the city. Each of us would set our eye on a guy, and the whole night was a flirty chase from there on out.

My friends and I would wake up in the morning and compare hookup stories after stumbling in the door or down the stairs. We would go get an iced coffee and a breakfast sandwich, maybe go to class, smoke some pot to cure the hangover, hangout and then get ready to do it all over again the next night.

I never got too close to anyone I hooked up with in college. There was no dating in college. No one went on dates. You went out drinking with friends and had fun with whomever you were with or met that night.

There were no rules, no exclusivity and I knew that. I was not naïve to the fact that the cute guy I made out with at that house party on Thursday night could possibly end up making out with some blonde chick right in front of my face at the club on Saturday. It happens.

I was not going to be the girl who got hurt in those situations. I would simply turn around and find the next man who would take interest in me. #BoyBye.

This pattern went on for the rest of college — partying any day at any hour, VIP in the clubs, having anything we wanted paid for and being fawned after by some of the best looking men in the city.

School was winding to an end, I was about to graduate and go on to get a job who knows where or doing what, but my friends were all going in different directions. I didn't really know what was going to be next for me.

It was about two weeks before graduation when my one girlfriend asked me to go out with her to this bar. She was meeting a guy whom she had hit it off with at a party the week before.

I really did not feel like going. We were graduating, I did not need to make any new friends or meet any new people. And it was a Tuesday night. I was just not feelin' it.

But I did my friendly duty, so we took a few shots and headed to the bar. We met up with this guy and his friends. I hit it off immediately with one them.

We talked the entire night, danced, laughed and kissed. I had made more of a connection with this tall, handsome, yet hilariously goofy man in one night than I had with anyone in a very long time.

We were immediately hooked on each other. During those last few weeks leading up to graduation, we spent practically every day together, enjoying the last bit of college life we had left in a complete daze of infatuation.

Friends threw house parties, there were graduation bar crawls and day drinking extravaganzas, but all the while, he and I were falling for one another.

I was so comfortable with him. We talked effortlessly for hours, laughed until our stomachs hurt and played around like children. We were so alike, yet so different. We were in love.

We visited each other on weekends, talked on the phone and slowly started envisioning our future together. We made it work for about eight months before we decided to move in together. I had never, ever thought I would find myself living with a man so soon after college, but it just made sense. We wanted to be together.

He and I lived happily ever after. No seriously, we did.

We live together now, and he is the first thing I see when I wake up and the last thing I see before I go to bed. I love him and care for him more than I ever knew was possible.

Of course, we have our differences, but we genuinely respect and love one another.

I had never even known this kind of relationship was possible. He is my best friend, the love of my life and someone I want in my life forever.

He is a better person than I could ever be, but he motivates me to be the best I can be each day — both for him and for myself. I have the most fun when I am with him. I trust him whole-heartedly, and I know that this is really what love is.

If my former single-girl-self could see me now, she would be shocked.

I had never even known this kind of relationship was possible.

If I had to guess before, I'd say I wouldn't get married until I was in my 30s, if at all. Now, I see my life with this other person and I am happy every day just knowing I have him by my side.

I know what kinds of men are out there. I've seen them all, but I don't want them all. I want him.

I never feel like I am missing out on anything by not going out all the time anymore, and I would easily trade in a night out at the bar for a night in on the couch with my man.

Although I swore I would never be the relationship girl, I am so happy to have found the right person to be in a relationship with.

I know now that I should not settle for anything less than the butterflies this man gives me every single day, and I am so lucky to have him in my life.