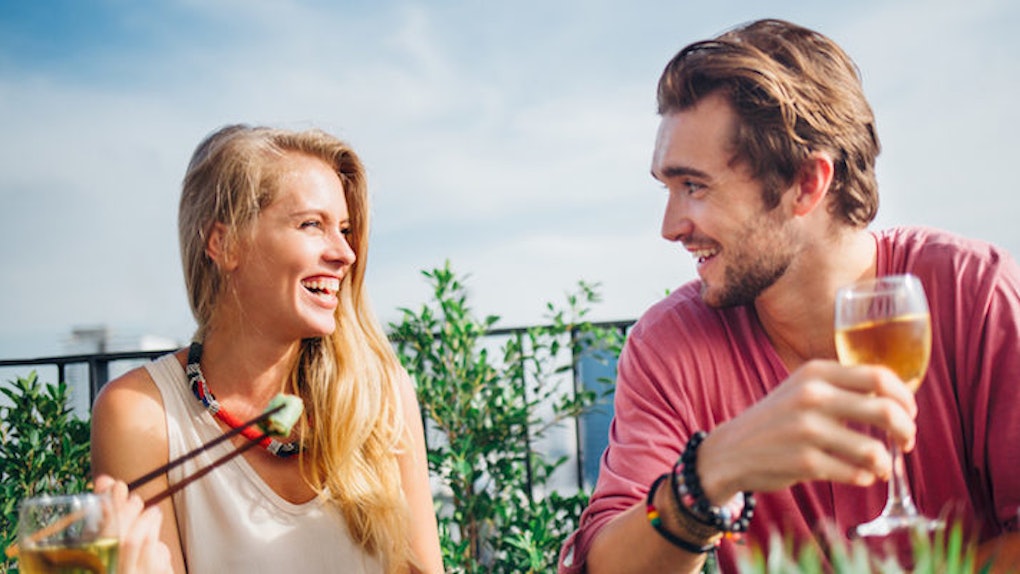 6 Signs The 'Nice Guy' You're Dating Has No Ulterior Motives

We are so used to being around people who make us think less of ourselves that we don't realize when a good thing is right in front of us. Now, it seems hard to come across a nice guy who doesn't have ulterior motives or cruel intentions.

Here are six signs that he's actually the nice guy you think he is:

His “comebacks” are super lame, but cute at the same time.

He doesn't even know how to fight back in an argument because he's just that nice.

He never says anything that hurts you because he's not that kind of person. He doesn't say anything out of resentment, and he won't purposely push your buttons if he finds your weak spots.

To be honest, he doesn't have a dangerous bone in his body.

He's always sending you positive texts in the morning and at night.

He's always sending some positive encouragement your way just to get you through the day. After you vent about what felt like the worst day ever, he'll make you feel like it wasn't as bad as you thought.

If you think you're not good enough or if you've messed up on the job, he'll give you the confidence boost you need to keep doing your best.

He actually cares and asks about your family.

His world doesn't revolve around himself. He actually cares about you and about the people in your life, which is why he makes a point to ask about them. Not only does he make sure you're OK, but he cares that the people you love are OK too.

He's also protective of you in a nurturing way. He doesn't want anything to happen to you, so he will do anything in his power to keep you safe, physically, mentally and emotionally. He will go the extra mile to make sure you feel protected and comfortable at all times.

He may not talk all the time, but when he does, he only has nice things to say.

You can't gossip with him about the latest drama, because frankly, he doesn't really care for it. He rarely has a negative thing to say about anybody.

When he does compliment you, he's actually being genuine.

Although actions speak louder than words, this guy means everything he says and says everything he means. He doesn't just throw out compliments left and right to butter you up. He is genuine, and that's what separates him from the rest.

He'll put you on a pedestal in front of his friends.

Women want a loving partner, not a douchebag. Nice guys are the total package. You can change a lot of things about someone, but you can't always change their personality or the way they were raised to treat others.

It's hard to believe, but there are plenty of nice guys out there. There is nothing wrong with being nice, and it's certainly not a sign of emotional weakness. It's quite charming, actually, as we need more partners who are, first and foremost, genuinely nice people.