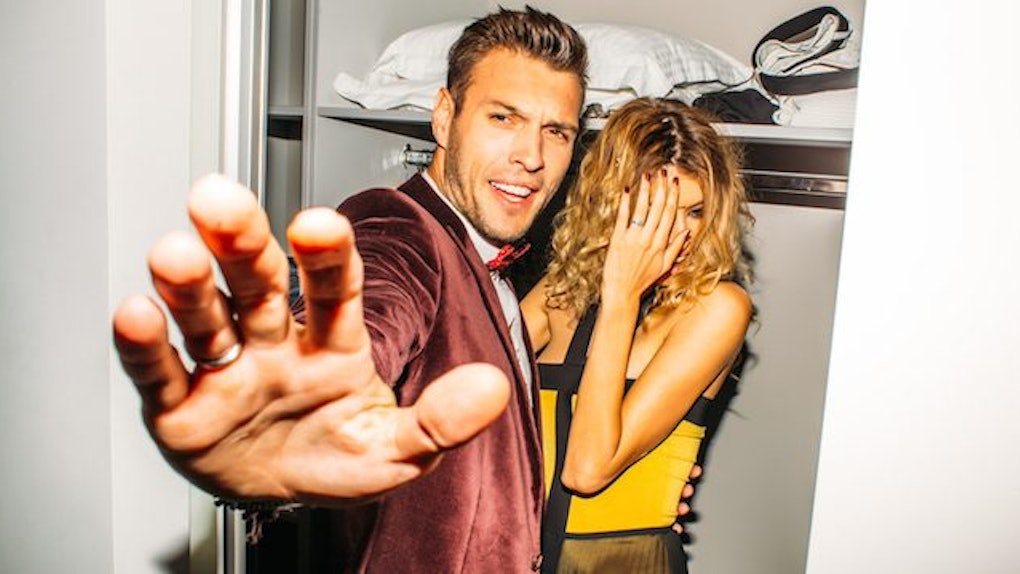 Signs He's Crossing Over From Sweet To Obsessive

Ah, the extraordinary feeling of meeting a new guy you're totally into.

It's the swoon-worthy anticipation of thinking about someone who excites you so freaking much you can't seem to get him off your mind.

And let's be honest: Bae is hot damn FINE.

You get butterflies at the mere thought of his handsome smile… and his abs don't hurt the daydreaming situation, either.

Magic is in the air, the sky is blue… and even the damn birds are chirping. No one can cramp your vibes because you're floating on cloud nine.

Your man takes you on the sweetest dates, and even surprised you with a beautiful bouquet of flowers on multiple occasions when he picked you up for dates.

YEP, everything seems to be going perfectly… until BAM. Something about him seems a little off all of a sudden. He may have done one thing that provoked the little voice inside your head to say something is not right about this guy.

The blue sky starts to get cloudy, and you get an uneasy feeling you can't seem to shake. You realize you have an obsessive, stage five clinger on your hands. UGH.

Don't let this happen to you. Guys often tell you exactly who they are, and if you know the signs early on, it can save you from heartbreak in the long run.

Here are the 13 warning signs the guy you're dating is crossing over from sweet to obsessive.

1. He seems to hardcore stalk your social media. He may even compliment a picture on your Instagram… that you posted a year ago. UM, creepy much?

2. He pushes for an exclusive label early on in your relationship, because he wants to lock you in.

4. He gets mad when you don't immediately text him back.

5. He overwhelms you with plans because he doesn't want you to be making any without him.

6. He starts making less and less plans outside your relationship. Like, does this dude even have friends or what?

7. He casually shows up to plans with your squad… uninvited.

8. He gets irritated when you make plans with your friends, especially when they involve going to a club or bar for girl's night out.

9. He totally freaks if another guy gives you any sort of attention when you're out. This is a major red flag that the dude's insecure and jealous.

10. He constantly needs reassurance from you. He feels the need for you to validate your feelings for him.

11. He gets so bothered when he finds out you did something with someone and forgot to mention it to him.

12. He hates the fact you have guy friends, and gets annoyed whenever you hang out with them.

13. He may request your friends on social media before he even meets them.

Sometimes, you may be dating someone not even KNOWING he's obsessive. You might mistake his actions for being sweet and committed, but they're actually nothing of the sort.

And that little voice inside your head warning you something seems a tad off? Do NOT push it away, thinking “he's such a great, loyal boyfriend, though.”

That's a whole lot of NOPE.

It's time to face the facts, girl: He's obsessive, so drop him like it's hot.

If he were a good boyfriend, he would be confident and know you both need your own lives and plans outside of your relationship. After all, that's what a healthy relationship consists of.