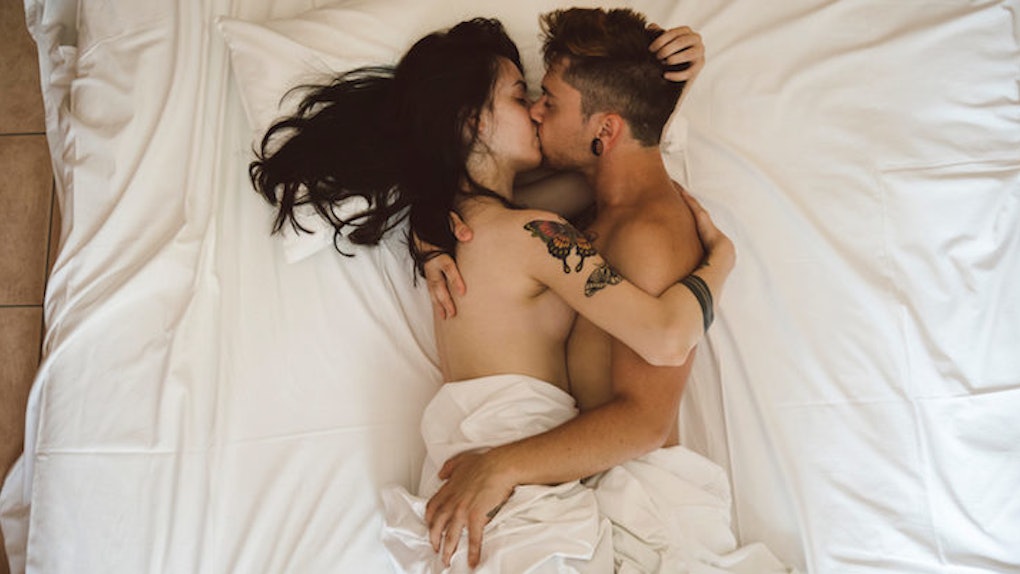 When it comes to matters involving the opposite sex, I’ve found that my connections are mostly... well, sexual.

It’s simple for me to connect with someone using my body. If you’re a good lay, I’m down to see you again. It doesn’t take too much for me to be into it.

It's the emotional connection that gives me trouble. I just can’t seem to let anyone in without having a massive panic attack.

There are too many what-ifs involved in dating seriously; there are so many uncertainties.

I feel that. I don't want to know all about you, either.

I am perpetually thinking with my vagina instead of my head. I'm just more interested in orgasms than I am in love.

I’d rather just have sex. Sex is SUCH a power play. Sex can be so empowering for women, especially when we're in control.

To maintain control, we have to learn to deal with our coital encounters exclusively with our nether regions. We have to stay away from the sticky entrapment of our pesky hearts.

This strategy has been my surefire way to avoid getting hurt. I need to have sex; I don't NEED to have a boyfriend.

I think the two can be mutually exclusive. I prefer it that way, actually. It cuts out all the crap and lets me do me without having to answer to you.

Because you can’t get hurt if there aren’t emotions involved.

And when it comes down to it, I’d much rather get off than get hurt.

I’d rather have an orgasm than be vulnerable.

If I keep the connections purely physical, I never have to deal with feelings. I’m a guarded person, and I’m not trying to get to a place where you could actually hurt me.

I’d rather be liked for my body than worry about having my heart broken.

I would prefer to have you pray to the altar that is my body than try to win my heart.

If we keep this purely sexual, no one's feelings get hurt -- and everyone gets off. Many women take offense at the thought of a guy liking them only for their bodies.

But everything is really better that way. We both get what we want ... without needing to be human.

I’d rather hold all the cards than show you my hand.

So much about sex is a game. It’s about power, and I refuse to give you the power. When it comes to the trials of love, I’d rather not even play. If we keep things casual, there's no need to make things tricky.

I don’t want to give away any of the power, so it’s easier for me to keep you at arm’s length. I want to have the aces and avoid any possible loss.

I’d rather keep it simple than let things get complicated.

Sex is simple; emotions are hard. When my emotions start to get involved, I tend to bolt.

I don’t enjoy the anxiety that comes with actually LIKING someone. I’d rather be infatuated with your penis than your personality.

I’d rather have you go down on me than have you bring me down.

Having a boyfriend just sounds so dreadfully bland. Can’t I get off without having you stick around?

I want sex without the red tape and loose ends. I just want to do me while you make sporadic visits to my bedroom.

I’d rather know this WILL end than wonder IF it will.

In a purely sexual relationship, I’m well-aware that things are eventually going to end. These kinds of relationships aren’t stable in the long-term.

I’d like to keep that end date mutually understood ... and on my terms. In relationships, there's no understanding.

You have no idea if -- or when -- things are going to end. I hate that lack of clarity. It makes me nervous.

I don’t want to give something my all while still knowing that there is a possibility my investment be for nothing. I have enough baggage without adding you to the list.

I'd rather recover from bad sex than from a bad relationship.

But when it comes down to it, I’ll take the bad sex any day. Usually when you have bad sex, you can just be finished with it. It’s only that one time.

You can pick yourself up and say, “Well, that was a waste of time. On to the next!” I can move on from not having an orgasm, but my heart isn’t going to just bounce back from being trampled on.

I guess what it comes down to is f*cking without feelings. I’d like to get laid, not have to deal with the bullsh*t that inevitably comes with dating someone IRL.

I want to have my body pounded instead of my heart. I have physical needs that can easily be met. My emotional needs are far less easy to satisfy.