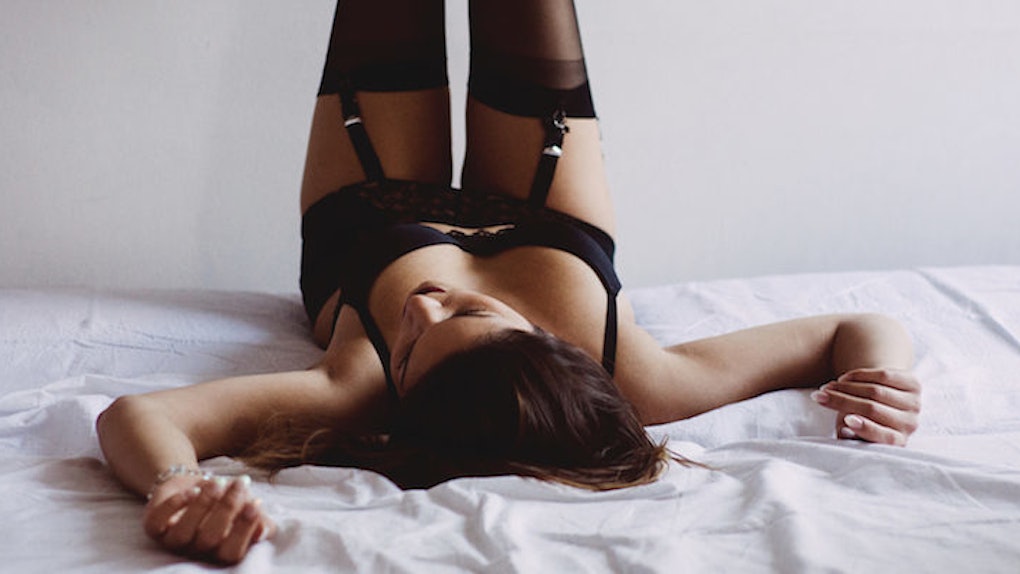 Deep down in our souls, every last one of us is a freak in the sheets. Even if you can't admit it, there's something you want in bed that you're too afraid to ask for.

Well, I think it's time to let our freak flags fly, kids.

It's 2017, so grab your partner and take a seat because here's the roundup of secret kinks for every sign in the zodiac:

Aries are direct and impatient, willful and headstrong, and when they want something, they want it NOW.

They view sex the same way they view everything else: It's less about pleasure and more about feeding a primal survival need.

Grab an Aries in the middle of brunch, and pull them into a bathroom while their friends are waiting on the bruschetta. The spontaneity of it will drive them insane.

Taurus is an earth sign, and while they might begin fooling around with classy candles and shag rugs, they're not afraid to get dirty.

More than anything, they want an experience that arouses all their senses.

Before long, they'll bring food into the bedroom, using chocolate, honey or whatever else they can find, and they push the line from there.

If they feel comfortable enough to get really experimental, some of them could even get into golden showers or scat play.

Nothing natural is foreign to them.

Geminis are the best at linguistics. They have a God-given gift for giving great head, they're master communicators and they excel at witty dirty talk.

They need constant mental stimulation, or they'll get bored. So, they'll prolong foreplay because they enjoy the possibility of it leading to sex sometimes more than the sex itself.

Geminis are also more likely to be down with the idea of swapping partners because the variety it provides keeps them interested.

If you love a Gemini, set them free.

Cancer is ruled by the fourth house in astrology, the house of home and family and the relationship with the mother.

Most Cancers are gifted impressionists or actors, so if you give them a chance to play in the bedroom, they'll go for it.

That said, things might get weird when they come out of the bathroom in a pair of diapers sucking their thumb and asking for a belly rub.

Just go with it because once they're in character, THEY COMMIT.

If you say no, they might go full-toddler and throw a tantrum on the floor.

Leos are into an array of things, including the scent of vanilla, gorgeous thick hair and strip-teasing, but nothing will get them going like lying under their ruling planet, the sun, and going at it outdoors in the summer heat.

Any outdoor sex would be satisfying for a Leo, but ultimately, they'd prefer something a little more regal, like on a rooftop or on a balcony of a swanky hotel overlooking the ocean.

Virgos act so perfect in the regular world, and they're so judgmental of everyone else that expressing the shadow side of their personality in the bedroom — the side of themselves that feels like a loser who can't do anything right — really gets them going.

They're also huge hypochondriacs, so a Virgo would also be down to play doctor if you have a stethoscope lying around that you could put up their butts.

Look, there is absolutely nothing a Scorpio isn't willing to try in bed, as long as it incorporates their uncanny ability to fuck with your mind.

They love any kind of power play in which they can assert their dominance over their partner, owning the person completely.

Sagittarians aren't particularly serious about sex, at least not emotionally.

But when it comes to the physical mechanics of intercourse, they really turn up the drive, treating it as though it's an Olympic sport and their partner is their teammate.

This competitive attitude lends itself particularly well to tag teaming their partner with others, or tag teaming others with their partner, jumping in and going at it like a grown-up game of double Dutch.

Capricorns are the most status-conscious of any sign, and they are careful not to do anything that gets them in trouble.

But when they get into bed with someone, they like to go BUCK WILD. They love any fantasy that allows them to give society and all its rules and standards the finger.

Older women or younger men, exhibitionism, teacher-student fantasies and female-domination or male-submission and humiliation are all right up Capricorn's alley.

Aquarius lovers thrive on anything new, different or unusual.

Their fascination with technology might lead them to exploring with toys or gadgets to aid their experience in the bedroom, but because of their curious nature, this is the only sign that's really truly down for anything in the sack.

That said, they'll be really turned on by anything that involves the installation of AA batteries.

They love to be creative in bed and might even view the act of making love as an art form. At the very least, it's a much-needed escape from everyday routine.

Pisces are associated with the feet, so if their partner has any kind of foot fetish, they'll be happy to oblige.

So, now that your fantasies are out in the open, it's time to get yours.