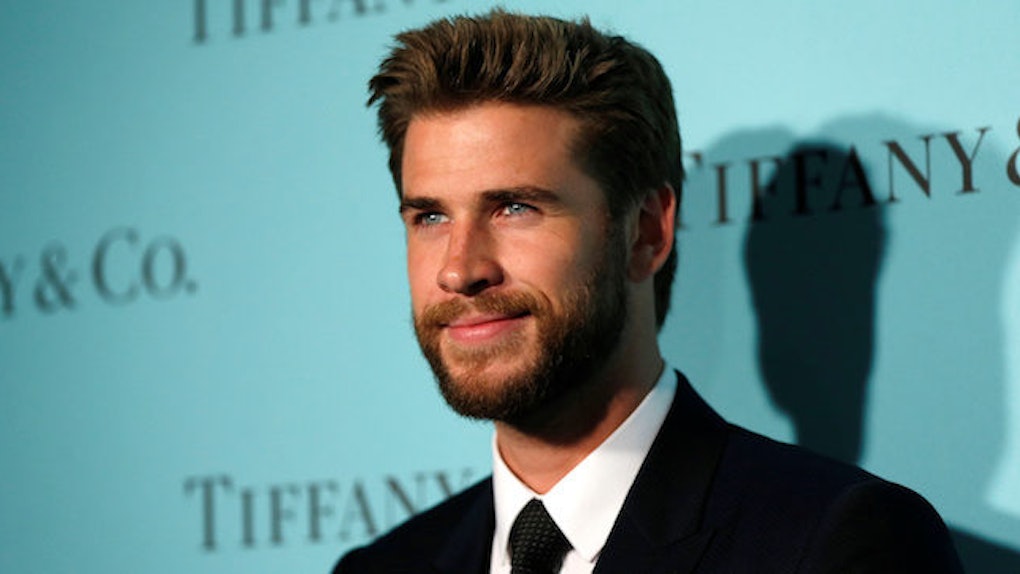 10 Times I've Wanted To Climb All Over Liam Hemsworth

I have a sliiiiiiight crush on Liam Hemsworth.

Though I'm sure the Aussie popped up on everyone's radar as the babyfaced male love interest in "The Last Song," it was his smoldering stare from those bluish-grey eyes and the constant brooding during "The Hunger Games" that got my boxer briefs all bunched up.

(Katniss, you made a terrible goddamn choice. I mean, Peeta? Really? You first mistake was choosing a man named Peeta.)

Anyway, Liam has continued to thrive in the entertainment biz, impressing me (on an extremely personal level) with his recent roles that prove he's capable of being the leading man I've always wanted in my life.

Even though his equally attractive brother Chris is capable of wielding a monstrous hammer of the gods, everyone knows the youngest child is always the favorite.

And because little baby Liam Hemsworth is turning 27 tomorrow, I've compiled a visual list of all the times I've felt inclined to climb all over him and never, ever come down.

Move over, Miley. You've got some serious competition coming your way:

1. That time he had no pants on

Well, this one is pretty self-explanatory. Even though it looks like he's wearing a condom on his head, this complete look still speaks to me. Is that hotel room for us?

2. That time he played with a dog

I've never been so jealous of an animal before. It probably has no idea it's in — quite possibly — the best seat in all of Australia. Daddy, can I get a woof?

3. That time he got all suited up

Every man should be able to clean up nicely in case of a black-tie affair. Liam, I never doubted you for a second.

4. That time he shoved food in his mouth

It makes complete sense that PETA's "Sexiest Vegetarian Celebrity of 2016" would be captured inhaling some earthy dish at the world's oldest vegetarian restaurant. Fingers crossed he hasn't given up all "meat."

5. That time he caught some killer waves

I have no idea how to move my body in the water, so the fact that Liam is wiping out in this photo doesn't faze me in the slightest. In fact, he should get wet more often.

Also, did someone call for mouth-to-mouth? No? Am I just hearing things?

6. That time he sported a onesie on TV

Not many men can pull off plush, powder-blue footie pajamas plastered with panda heads. Then again, not many men are Liam Hemsworth. *swoon*

7. That time he got buried in the sand

Step aside, Ariel. I just discovered the pretty mermaid I've ever laid eyes on. Disney, this is your chance! I smell a very successful "Little Mermaid" remake in the works.

8. That time he cozied up with an alien

Liam looks right at home with his arm around this gangly, green, plastic extraterrestrial from Mars. I'm actually about the same size, so I bet we'd be a perfect fit!

9. That time he posed shirtless for a photo

I want to suffocate in those abs. Like c'mon. Someone get me a napkin, please. I am drooling. Also, Miley, please look a little more interested.

10. That time he hung out with his brothers

Not one Hemsworth... or two Hemsworths... but the entire testosterone-filled clan of Hemsworth men in one photo.

This obsession is healthy, right?