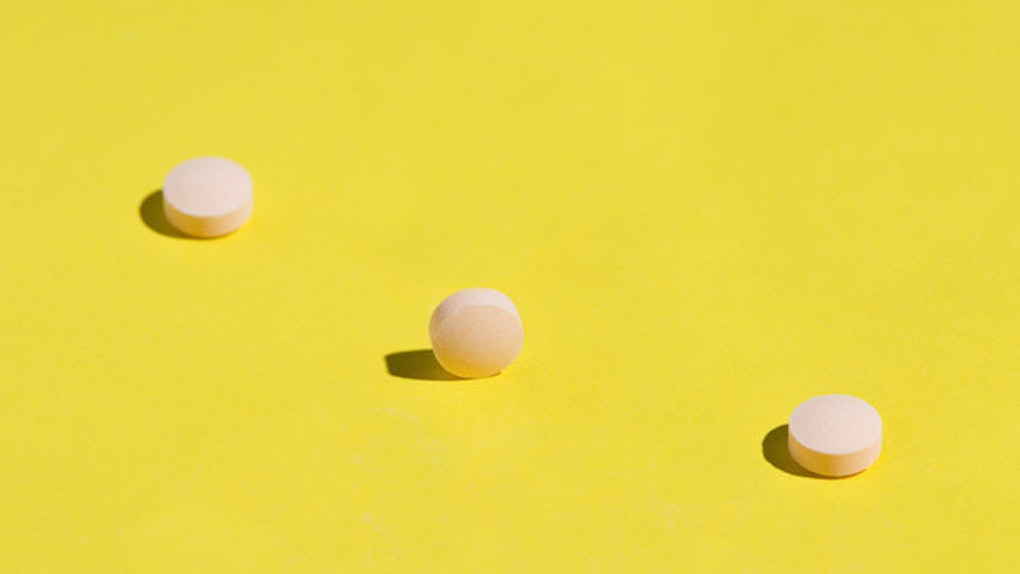 UGH, so you forgot to take your pill this past week, and you might have also forgotten to use a condom last night.

If you're anything like me, you're immediately convinced that you're pregnant, which leaves you with two options: PANIC or take the morning-after pill within 72 hours.

Since I'm not a huge fan of panicking (honestly, WHO is?!), I'm going to pick option two. But I'll be honest, I don't know exactly how that pill, well, works exactly.

I mean, I'm not against it or anything. I just don't know ANYTHING about it — and the unknown is scary for me.

Luckily, I'm not alone in my questioning. Carly Aquilino and Nessa — yeah, the hilarious girls from MTV's "Girl Code" — are right there with me.

The two have joined forces with Plan B One-Step® on the "Perfectly Imperfect" campaign — a movement to educate women on emergency contraception and make sure we all know that yes, slip-ups can happen when it comes to sex, and no, you don't have to feel uncomfortable, crappy or clueless about what to do next.

"We live in a modern society where we should all be accepting of each person's choices," says Nessa. "One of the reasons we joined [this campaign] is because we believe in breaking down stigmas. As long as you're happy, educated, feel respected and safe, that's all that matters."

The girls also got involved to help erase the pressure put on girls to be perfect all the damn time.

"Every woman is insecure, no matter how beautiful they are," says Carly. "It's engrained in us by society not to love ourselves... but I embrace my weirdness and the things I maybe didn't used to love about myself. Those are things that make me different."

Speaking of embracing your imperfections, it's time to own your morning after sex-gone-wrong experiences and not be ashamed about them.

So, below, we grilled a rep for Plan B One-Step to get all the deeds on emergency contraception, how to take it, what it does to your body, and why we should all throw the idea of never screwing up out the window:

First of all, what even is Plan B One-Step, and what is it doing to your body?

It's an emergency pill you can take within three days of having unprotected sex to help prevent pregnancy. But the keyword here is "emergency."

Since it has a higher dose of levonorgestrel — the same hormone used in many birth control pills — it's kind of like a super powerful BC.

The hormone either stops your ovary from releasing an egg (the main way it works), prevents the egg from being fertilized or stops the egg from attaching to your uterus.

When taken correctly, seven out of eight women don't get pregnant, so it's pretty legit.

Where can you find it?

Easy! It's in most drug stores right by your tampons and pads.

And more good news: An ID or prescription is not necessary (DESPITE what your Sex Ed teacher may tell you). That means there's no age limit on it either, folks.

What can you expect after you take it?

Taking Plan B is probably a better option than getting pregnant before you're ready, but it's not exactly a walk in the park, either. According to Plan B's rep, you could experience the following after popping it:

1. Menstrual changes, nausea, lower stomach (abdominal) pain, tiredness, headache, dizziness, breast tenderness and vomiting. 2. Some women may have changes in their period, such as a period that is heavier or lighter or a period that is early or late. 3. If a woman's period is more than a week late, she may be pregnant and should get a pregnancy test and contact her health care professional.

The two scenarios that require doc attention? If you throw up within two hours of taking the pill, you should call your doc to see if you need another dose. Or, if you have severe abdominal pain, you should book it to the doc — stat (it could be a sign of an ectopic pregnancy).

Is there a limit to how many times you can take it in a year? In a lifetime?

I went to a super Catholic school where I was taught that taking Plan B would basically kill a baby, ruin my insides and never let me get pregnant again — ESPECIALLY if I took it more than once.

Turns out, I should still be careful about taking Plan B multiple times, but only because it isn't as effective as taking regular birth control consistently.

"[It] should only be taken when a woman's primary birth control method failed or she did not use birth control, but there is no medical reason why women can't take it more than once," Plan B's rep says.

In other words, you should only take it in emergency situations — not popping 'em like Skittles every time you have sex. It's not a birth control replacement, girls.

Does it affect your fertility?

In other words, if you have sex one day, take Plan B, and then have sex the next day, you could still get pregnant from that second go. Your fertility is likely to bounce back "rapidly," Plan B's rep says.

Is it acceptable to ask a one-night stand to pay for it?

So you've read all about it, and you've decided you're going to go ahead and take Plan B... but then, you remember you're broke.

You probably feel a little uncomfortable asking the guy you had sex with, but technically, if you got pregnant, the random guy who finished in you would also share some responsibility.

So, we'll go ahead and answer this one for ya: heck yes it's acceptable.

And if he balks at you and asks where he can even find it, kindly refer him back to question number two above. (No excuses now!)