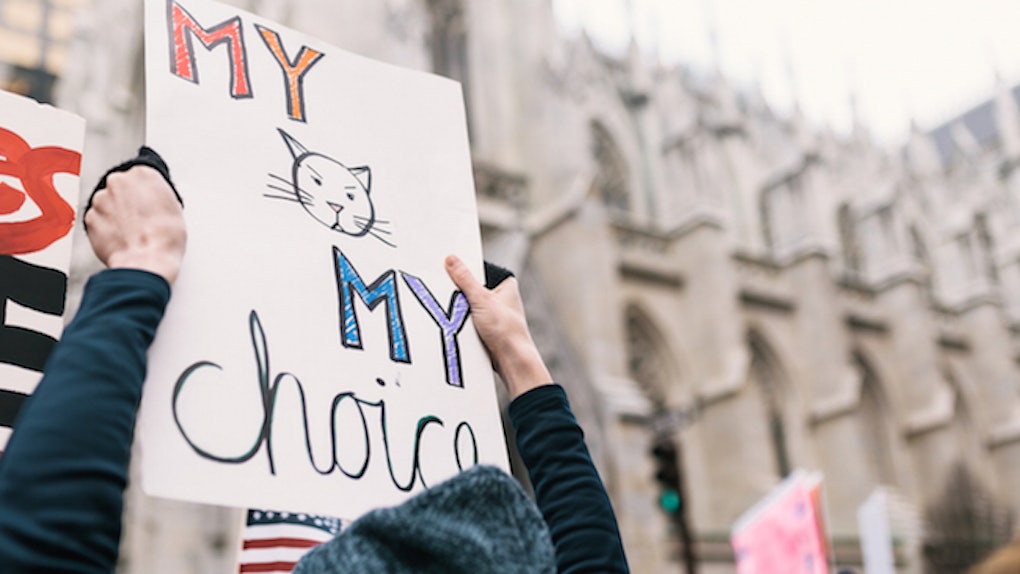 This Teen Created A Comprehensive Map Of Abortion Clinics

As someone who grew up with the internet pretty readily available to me for the large majority of my life, I'm hard-pressed to think of anything that can't be found on it.

Last week, I was looking for a general practitioner. I found one in about 30 seconds and had an appointment scheduled for the next day within the hour.

Today, I was feeling nostalgic and decided to look into what Kirsten Dunst is into. I now know literally every single detail about both the personal and professional realms of her life.

Maddy Rasmussen, an 18-year-old high school senior from De Moines, Washington, sounds like me. She grew up in a world where literally anything you could possibly need to know exists on the internet.

So as you can imagine, she was pretty surprised to realize that she couldn't find one comprehensive list of all the active abortion providers in the United States.

Cosmopolitan reports that she found some states, such as Texas, where the number of clinics is constantly fluctuating, provided people with a map of that state. Planned Parenthood and the National Abortion Fund both provide site visitors with lists, but only of their own respective clinics.

So for a school project, Rasmussen decided to take matters into her own hands by building one online resource where users could find any and all of the abortion providers the U.S. has to offer.

Her website, called the Safe Place Project, contains a virtual map featuring all of the abortion providers in the country, along with the restrictions that come along with each state.

She said to Cosmopolitan that she actually got the idea for her project when she was interning for a women's rights organization called Legal Voice. After her time at the Legal Voice, Rasmussen moved on to intern with an abortion clinic in Seattle. This is where she became sure that it was time to turn her idea into reality.

But doing so was no easy feat. Rassmussen spent a minimum of 130 hours on the extensive project.

She told Cosmo, "I spent a lot of my weekends and school time working on this, it might even be closer to 200 hours." However, all those hours of potential hang time with friends that were spent working on the project ended up being worth it when the site finally came together.

So what about it was taking so long?

Well, Rasmussen explained that one of the most difficult tasks was figuring out which of the clinics were actually open and providing abortions. When clinics didn't have working websites or telephone numbers, it was difficult to tell whether or not they were actually functioning.

"I can't go investigate every clinic, I'm just a high school student," Rasmussen told Cosmo. "I just want to make sure I'm putting out the right information, which is really hard."

After all the hard work she put in, Rasmussen ended up with the first-ever comprehensive digital map that allows women seeking an abortion to find a safe place to make that happen, and also to inform themselves on the constantly changing laws surrounding the procedure wherever they are.

Her map also inadvertently made a social point by very clearly showing the contrast between the abundance of clinics on the coasts and the total lack of them in other parts of the country.

This map is absolutely a step in the right direction in helping women make informed decisions about what they want to do with their bodies.