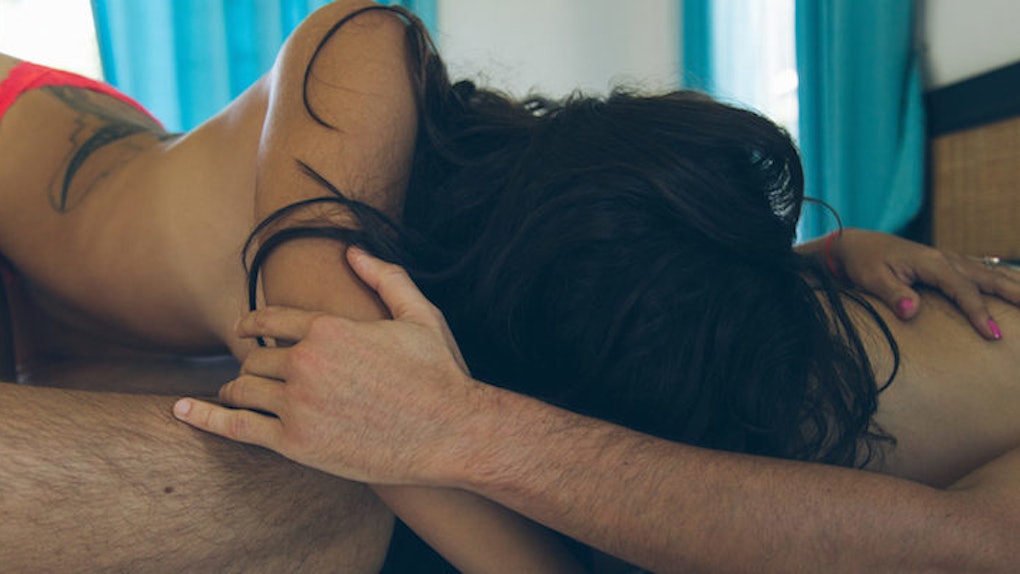 I was 19 when I lost my virginity. I was no different than any other teenager who was curious about sex, but it was who I did it with that made me different.

I lost my virginity to a sex worker.

I had three best friends in high school. Together, we were like the Yankees “core four,” except not as handsome, rich or athletic. We did everything together and talked about anything and everything. As with most teenagers, sex was often the topic of conversation. Heading into senior year, we were all still riding the sexual pine. It was like we were forever waiting on the bench, chanting, “Put me in coach, I'm ready to play!”

We were all virgins is what I'm saying. As graduation approached, the four of us knew we could not leave high school still rocking v-neck sweaters. So, just like the movies, we made a pact. Being competitive, that pact quickly turned into a contest to see who could lose their virginity first. As you can probably guess, I came in last, but I was resigned to my fate.

My teenage counterparts were in no way, shape or form Casanovas, but they were miles ahead of me when it came to engagements with the opposite sex. So there I was, two years later, 19 and still a virgin. I just had to lose it. I was months away from my 20th birthday, and I made a pledge to myself.

I got a copy of the Village Voice, went to the back page, picked out an ad, waited to get paid and my happy ass was off to the races. Having been a sports fan my entire life, I often heard great athletes speak of a mix of fear and excitement that builds up before the big game. On that day, I finally understood how they felt.

With the exception of medical emergencies and singing the solo at my fifth grade spring concert, I have never been more nervous in my life. The drive there was excruciating. The hotel was not too far from my house, but it seemed like it took a lifetime to get there and another lifetime to find parking -- ah, New York.

At red lights, I would catch a glimpse of myself in the rearview mirror, and like the father in "A Christmas Story," wonder, “what has brought you to this lowly state?”

By doing this, I was giving up. I was basically confirming that I was a loser, relegated to the reality of being the guy who can't hack it so he has to pay for it. Despite all that shame and guilt, I kept driving.

In the battle of ethics vs. horniness, horniness usually wins. "Community" taught us that.

I finally arrived at the hotel and felt like the entire hotel lobby was watching me. I should have turned back, but I didn't. I proceeded to the room and knocked on the door. On the other side of that door was a beautiful, curvaceous, smiling British woman. She sweetly invited me in.

She sat me down on the bed and we talked for a little bit. In her infinite wisdom, she surmised it was my first time. Now that I think of it, it probably wasn't too hard to tell. She started to take off her clothes, and just like that, there she was.

It's one thing to say what you would do when you're in a room alone with a naked woman, but when that situation finally comes up on you, it's a different story. She took my hand and started at her chest and went down past her belly button. As Usher put it put it, "She put my hands in places I've never seen, you know I mean."

This may seem strange, but I the place I always wanted to touch the most was the vulva, which I mistakenly called a vagina till I was about 16 years old (cue eye roll). It seemed so mysterious. I don't know what I thought it was going to feel like, but I when I felt it, it felt just like skin with hair on it… which in reality, that's what it is.

It wasn't until she pulled my hand further down did I see and feel the real deal. I was ecstatic! If she would have said, “That's enough we're good for the day,” I would have been totally cool with it. I was actually touching a naked woman! Ain't nothing better than that.

But I paid good money, so tradition dictated that I would get to do more. She sweetly implored me to take off my clothes. At first, I was nervous because I've always been self-conscious about my body, but she assured me that everything was fine, bless her heart. My self-consciousness faded away.

I saw it as taking my clothes off at the doctors; they've seen it all. To get me in the mood -- which I really didn't need help with at that point -- she went down on me. And I felt... nothing… literally nothing.

I have been told since then that that happens to numerous guys the first time someone other than themselves touches their genitals. It may not have felt great, but it sounded great and it looked great. It was like a movie and I was the star.

After a few minutes, she climbed on top of me and applied the condom. In anticipation of this moment, I got a condom a few days prior and put it on -- you know, just to get a feel. It felt weird. When she put it on, it felt... weird. Once all the equipment was on, it was finally time for her to make a man out of me.

So how did it feel? Not good. I couldn't believe it! The thing that was supposed to be the end all be all of pleasure and bliss was neither pleasurable or blissful. Sensing the distressed look on my face, she asked if everything was OK. Not wanting to sound like a freak, I said "yes" so she kept going.

I guess at one point, she could really sense I wasn't feeling it and she asked if I would like her to stop. I said yes. She offered to finish me off with a handy J, which I obliged. That was tried-and-true, so I knew there would be no problems there. A few minutes later, I finished.

I've rarely had a bad orgasm and this one was no different. She sweetly cleaned me up and we both got dressed. If it was sexy to see a woman take off her clothes, it was weirdly sexy to see her put them on. Maybe even a little bit sexier, but I'm a strange cat.

She told me that I was so good and so sweet, especially for a first timer. I felt like a kid who struck out in little league and was getting the obligatory “good job” line from the coach.

She was so sweet, so I didn't even take it personally. She told me to come back anytime and gave me the biggest hug and sent me on my way, back to the sun-piercing streets. Yeah… that's right; it was daytime.

I couldn't solicit a prostitute at night like a normal person... but it is what it is. I got in my car and the reality and enormity of the situation sunk in. I just had sex -- crappy sex, but sex nonetheless. I was no longer rocking my v-neck sweater. I wasn't a virgin anymore and it felt great.

I was in a room alone with a pretty, naked girl and we were doing things. I felt like a boss! I felt like a man. That entire night, I would play those moments back in my head.

But occasionally, the shame of how I lost my virginity would creep up. My conscious would say things like, “There is no honor in that hollow victory.” Yeah my conscious tends to be dramatic. I would learn to push those thoughts to the back of my mind.

Though I never went back to that particular sex worker, I would frequent sex workers over the next few years. I would receive more than sex with those women; I would receive kindness and affection. All of the things I wished and dreamed I would get from a woman I was getting from women I paid.

I was not proud, but I was hooked.