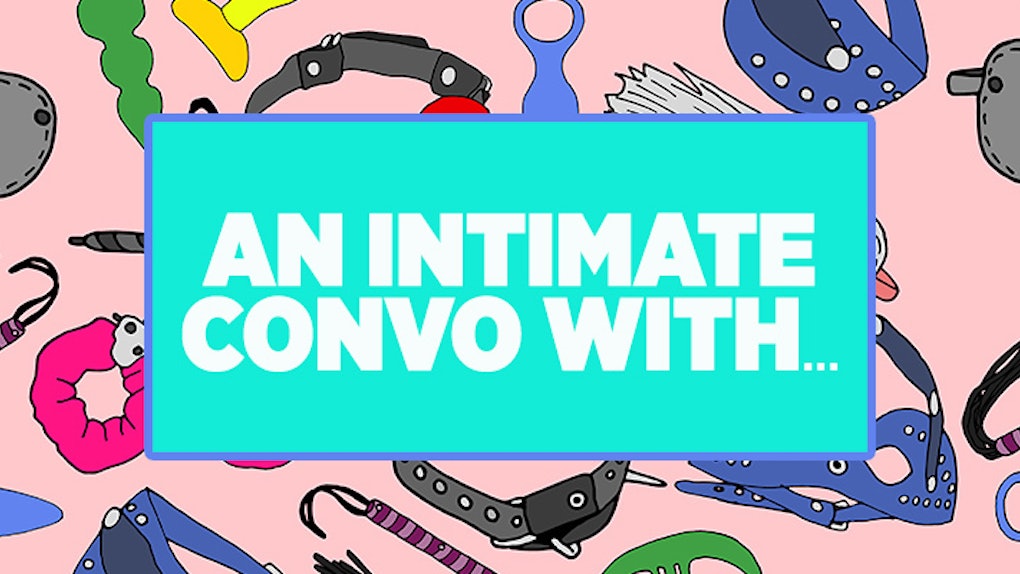 An Intimate Convo With An Adult Industry Reviewer

Sex is a topic steeped in judgment. Any conversations about it are never-ending debates of what's right and what's wrong.

That's why I've created this column: a judgment-free forum to discuss sexual trysts, both conventional and not, through intimate Q&As with some openminded individuals.

Despite her unorthodox career, Shaulis insists her work routine is fairly traditional, working Monday to Friday, 9 to 5.

Bobby Box: How did you get this fantastic job? As far as I know, there's no university program for such a position.

Sherri Shaulis: When I was studying journalism oh so many years ago in college, the staff of the student newspaper discussed what our dream jobs would be.

For the most part, I was joking. But when I found myself in Northern California and wanting to find a job and relocate to Los Angeles, I searched for openings on a journalism website and came across a listing for “Editor in Chatsworth.”

I thought, “I know what they do in Chatsworth,” so I clicked on it, and sure enough it was for AVN. I applied and was lucky enough to get hired.

Shaulis: I'm totally old school. If I'm at work, I pop the DVD into a portable player, throw on the headphones and take notes with a pen and a reporter's notebook. If I'm at home, I'll skip the headphones, but have by feet propped up on a pillow on the coffee table.

During our nominations meetings, though, I am in a room at our office with about 10 other people, sitting at a conference table and watching the movies and scenes projected onto the wall.

Those are the times when we have plenty of snacks. (Popcorn and Cheetos are always popular.)

Shaulis: I think it helps if the performers really look like they are into the scene, both enjoying themselves and the sex.

It makes it easier to enjoy the scenes if I'm not sitting there thinking, “Well THAT orgasm was totally fake.”

Shaulis: Someone who's capable of delivering at least a few lines of dialogue, but more importantly, someone who lets herself get into the scenes she performs.

You don't have to do everything on camera, but whatever you do, do it well.

Shaulis: Now you're trying to get me in trouble! [laughs]. My personal list of “the best of the best” changes all the time.

Just a few of the people I know will consistently produce a great scene or movie are: Tommy Pistol, Ryan Driller, Derrick Pierce, Jessica Drake, Vanessa Veracruz, Jessa Rhodes and Vicki Chase… It's hard to keep this list short.

BB: Is there an excuse for such bad acting? I mean, sometimes, it almost seems intentional.

Shaulis: Sure, there are some people who are much better at sex than they are acting, but I've seen some truly amazing acting performances in the past few years.

We've come a long way from the pizza delivery guy or plumber making bad puns before getting naked.

Shaulis: Just one? I don't know if I could pick just one. I am old-school, so I do still love the classics. "Behind The Green Door," "The Devil In Miss Jones" and "The Opening of Misty Beethoven" are at the top of the list.

Shaulis: It's a very rare occurrence, but it does happen. And it's not always a sappy emotion. There have been some really hard-hitting and emotional scripts in the past few years that have brought me close to tears in a few cases.

I think I've always been the type of person who understands what I think is great will be garbage to someone else, and that's part of what makes for a good reviewer.

If I'm watching a new movie for review and find myself getting turned on, I'm even happier.

Shaulis: I think it would be considered unprofessional if I masturbated while I was in the office [laughs].

There's been more than a few times while reviewing at home that I've taken a break from taking notes to rub one out. If a movie gets me riled up enough for sex, you can bet it's getting the highest rating I can give it!

Shaulis: My main focus is on reviewing sex toys, but I review movies throughout the year.

That said, there are some parodies I could have lived my entire life without seeing.

BB: What's your stance on California Proposition 60 (a ballot that would require the use of condoms and other protective measures during the filming of pornographic films)?

Shaulis: I am very much in the No On 60 camp, and would be even if I didn't work in the adult industry.

Proponents like to try and present 60 as if it's meant to protect performers, when the reality is it could subject them to personal and financial harm just because of their chosen profession.

The state's major political parties and several major newspapers have come out against Prop 60, and with good reason.

And there are definitely fewer adult studios than there were even five years ago because of piracy and the economic downturn we are still recovering from.

Some of the biggest changes in the industry are in the form of how adult material is distributed. There are still plenty of DVDs being created each year, but these days there is a lot of quality content that's available online at various membership or video-on-demand sites.

Shaulis: I think there are some instances where it works. Performers who are trying to make a name for themselves can offer content to build their fanbase and showcase their skills and talents.

Studios can offer free content online that can then be purchased and packaged together on a DVD. But as for things like torrent sites that offer free content because they uploaded without owning the copyright, forget about it. That's theft, plain and simple.

Shaulis: It's still relatively new to the adult industry, so I'm not quite sure how I feel about it.

It might end up being too big of a change for me, but I can see how the generations behind me — who grew up wearing headsets for so many things online — would see it as the next natural step.

We actually created a new category for Best Virtual Reality Sex Scene for the AVN Awards this year, so it's definitely growing in popularity, but it remains to be seen if it will continue.

Generations who grew up with tablets, laptops and smartphones are coming of age and they are trained to have much more interaction online than past generations.