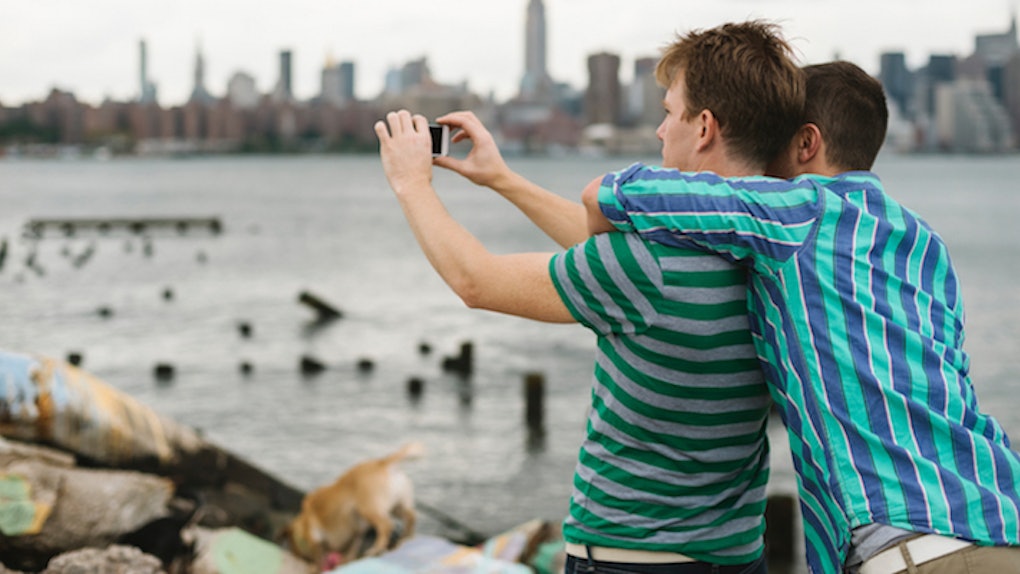 Doctors Aren't Telling Gay Men About PrEP, The Pill That Protects Them From HIV

In fact, the CDC recommends that men who are at high risk for HIV (i.e. men who have unprotected sex with other men) take PrEP.

In a perfect world, we would all be using condoms. But we don't live in that perfect world, and we never have. The reality is, sex is an extremely powerful force of nature, and when you toss partying, drinking and drugs into the mix, it's completely ignorant to think condoms are going to be used every single time.

PrEP has been an amazing resource for my high-risk, gay and bisexual male friends. If they weren't taking PrEP, they'd be putting themselves and their partners at great risk for HIV.

While living with HIV is no longer the death sentence it once was — it took down almost an entire generation of gay men in the '80s and '90s — it's still an extremely difficult life. We need to keep our amazing young men as healthy as possible.

However, according to ScienceDaily, findings in the American Journal of Preventative Medicine support the fact that lots of health care providers don't discuss PrEP as an option for their high-risk gay or bisexual male patients.

And according to the CDC, as many as one-third of physicians probably aren't aware PrEP is even an option for higher risk patients.

As many as one-third of physicians probably aren't aware PrEP is even an option for higher risk patients.

The research, from Johns Hopkins Bloomberg School of Public Health, says only four in 10 non-HIV positive gay and bisexual men in Baltimore are aware of PrEP. This includes men who had recently been tested for an STD or who had recently visited a doctor.

This is really terrifying and sad to me, considering I've known about PrEP for at least four years, and I've never worked in the medical field in my life.

There are over 44,000 new cases of HIV every single year, and isn't it up to our health care professionals to be on top of the newest, most progressive medications that could greatly reduce the number of positive results?

Health care providers may be unfamiliar with PrEP or may be uncomfortable broaching sexual health topics with their patients. Whatever the reason, we need to find a way to get PrEP to the people who can most benefit. PrEP could be a game-changer for HIV in the United States where there are more than 44,000 new cases of HIV every year -- but only if people know about it.

If you aren't comfortable "broaching" sexual health topics with your patients, I don't think you belong in the medical field. After all, staying silent about the HIV virus is exactly what made it spread like wildfire initially.

Staying silent about the HIV virus is exactly what made it spread like wildfire initially.

We need to give high-risk patients access to all the information out there, so they can live the long, healthy lives they deserve to live.

But if patients can't depend on their health care professionals to educate them on how to keep themselves free of the virus, who are they supposed to rely on?

It's time for health care professionals everywhere to step up and be reliable sources for every sexually-active person out there — gay, straight or bisexual.

If you're curious for more information about PrEp, click here.

Citations: Most gay men not aware of treatment to protect them from HIV (ScienceDaily)