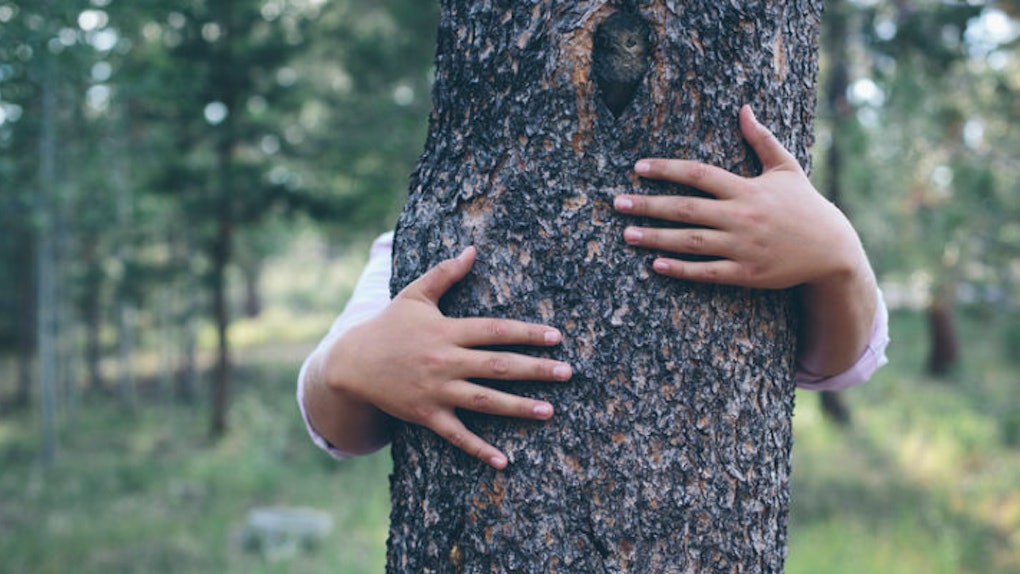 Ecosexuals Have Sex With Trees, May Save Earth Doing It

When you have sex, do you also save the world?

I don't because I am saving myself until marriage. It's my choice and no, it isn't because no one wants to see me naked.

Ecosexuality is a term that has been around since 2000, but it has just started to gain in popularity.

It is believed that there are now at least 100,000 people who identify as ecosexuals.

The definition of "ecosexuality" is different for everyone. According to a faculty member at the UNLV School of Community Health Sciences, Amanda Morgan, it's a lot like the Kinsey scale of sexuality.

While some people enjoy going skinny dipping, or hiking while naked (which seems dangerous, what about snake bites?), others literally want to fuck trees.

But how is ecosexuality going to save the world?

Well, if you're turned on by something, chances are you want to protect it.

The movement involves seeing the Earth as your lover, not your mother. Morgan said,

If you piss off your mother, she's probably going to forgive you. If you treat your lover badly, she's going to break up with you.

Annie Sprinkle and Elizabeth Stephens are Bay Area performance artists, activists and a couple. You can credit the growing popularity of ecosexuality to them.

They have published an "ecosexual manifesto" and have produced a number of films on the subject. One such film is their documentary "Goodbye Gauley Mountain: An Ecosexual Love Story."

The documentary features themselves and their "pollen-amorous" relationships with the Appalachian Mountains.

Uh... the Appalachian Mountains told me I was the only girl for them! HOW COULD THEY DO THIS TO ME?!

According to the couple's manifesto ecosexuals "shamelessly hug trees, massage the earth with our feet, and talk erotically to plants... We make love with the Earth through out senses... We are very dirty."

But at the root (hehe, like a tree root) of it, they are also activists.

We will save the mountains, waters and skies by any means necessary, especially through love, joy and our powers of seduction.

They also officiate weddings between people and the Earth, Moon and other natural entities.

While it may seem like hippy nonsense to you, this is a very real identity to a number of people.

Sprinkle and Stephens led over a hundred ecosexuals in a ribbon-cutting ceremony at last year's San Francisco Pride Parade in an effort to add an E to the LGBTQ.

At Sydney, Australia this weekend, you can make sweet, sweet love to the Earth at an ecosexual bathhouse, which is featured at Syndey's LiveWorks Festival of Experimental Art.

Or, you know, go outside and get down with your bad self.

Citations: Ecosexuals Believe Having Sex with the Earth Could Save It (Vice)