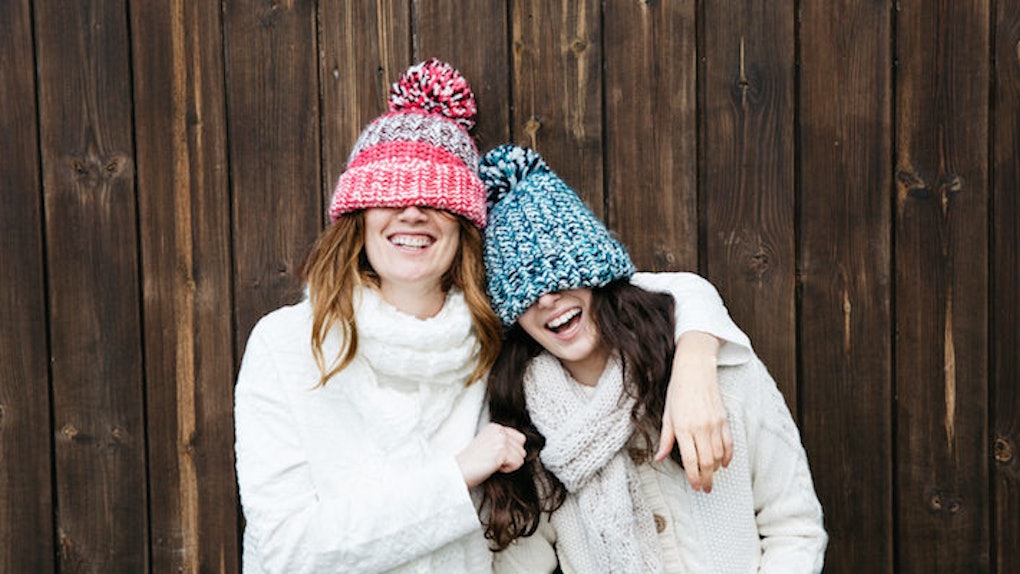 The Dos And Don'ts of Sleeping With Your Best Friend's Sibling

I know I'm not the only one who has a best friend with a hot sibling. It's a widely known fact that people all over the world fantasize about their friends' hot siblings and vice versa. It's human nature, and it was my duty to follow through when I was presented with the opportunity.

While hooking up with your best friend's sibling, though, it's important to be careful. Things could get ugly. Your best friend may always have your back when hookups turn bad, but now you're dealing with their blood. Chances are high that they'll take his or her side over yours (unless they really, really, really f*ck up, then you'll probably get their support).

If you or a friend are thinking of hooking up with your bestie's hot sibling, follow these guidelines. (Or don't. It's your life; who am I to tell you how to live it?)

Without further ado, here are the findings from my “study:”

Do: Talk to your friend about it first.

It would be pretty shady of you to hide something so big from your best friend, so I assume this goes without saying.

I got the go-ahead from my friend before even showing any interest in the situation. Granted, we were wasted when the conversation happened, so it was a little blurry, but we both know she approved before we did the deed.

Don't: Let things get too serious.

If you have even the slightest feelings for the brother or sister, you need to make a quick decision. Do you want to try dating the sibling and making things work? Or do you want to abort the mission and keep your friendship alive?

I'm not saying your friendship is guaranteed to crash and burn, but if things don't work out with the sibling, it could make your friendship awkward. Take your time to really think things through before making any rash decisions.

Do: Be honest with your friend and their sibling.

The easiest way for this to get messy is to play games. Normally, girls will play off the hookup and act like we don't like the guy, but when he smiles at another girl after she holds the door open for him, we plan a carefully worded text to let him know he is ours and should not be giving another girl attention.

Be open and honest about your feelings regarding the situation to both parties. If your friend is supportive and the sibling has feelings for you too, congratulations! You successfully nailed your best friend's sibling AND a significant other.

If your friend is uncomfortable with the idea and the sibling doesn't see it going anywhere, I'm sorry, that sucks. At least you got some fun out of it and kept your best friend, though, am I right?

Sadly, if you're one of the unfortunate people who has a combination of the two scenarios, you're on your own with that.

Don't: Sleep over if your best friend isn't present.

This particular scenario may only apply to my dumb ass, but take a note from my book and avoid a sleepover if your friend isn't even around. Let me paint a picture for you.

My friend, let's call her Christina, set me up in her brother's room as I waited for him to get home. We planned to meet there, but she had already planned to sleep at her boyfriend's house. Similar to rule number one, we were wasted. She put on Netflix for me and closed the door. On her way out, she ran into her mother. Christina thought it'd be a good idea to say I was locked out and her brother wasn't coming home that night.

Not even a minute later, he came running up the stairs louder than your drunk uncle telling inappropriate jokes next to the kids' table at Christmas. It was in that moment that I thought, his mom fucking knows. The thought vanished, of course, because we did it anyway. We thought we were slick and thought I should sleep in her room so their parents wouldn't think anything happened.

The next morning, I heard them in the hallway as I threw up in the toilet and panicked. I tried to stay quiet as I texted Christina for help. She had to know a way out without having to see them. Sober me knew drunk me was a fucking moron and had to get out without making eye contact. I couldn't bear to face them. The doorknob turned; I didn't lock the door! I'm sweating. I might throw up again. Should I hide in the shower? There they stood in the doorway. I looked at them with shame on my face and a weak smile, “hello,” I muttered. They closed the door, and I stood in disbelief. My best friend's parents know I boinked her brother, and there was nothing I could do about it.

Thinking back on it, I know how stupid it was. I take pride in my intelligence, but this was not my proudest moment. I could have gone home instead of sleeping over. I could have locked the door to the bathroom. I could have avoided the situation completely by saying “no, I'm going home tonight.”

I got some great stories from it, and my friendship is still completely intact. Luckily, it's not awkward around her brother, but I still won't look her parents in the eyes.

Think it all through before you dive into sexual relations with your best friend's siblings. I highly recommend some serious risk calculations beforehand. But hey, what's the fun in that?