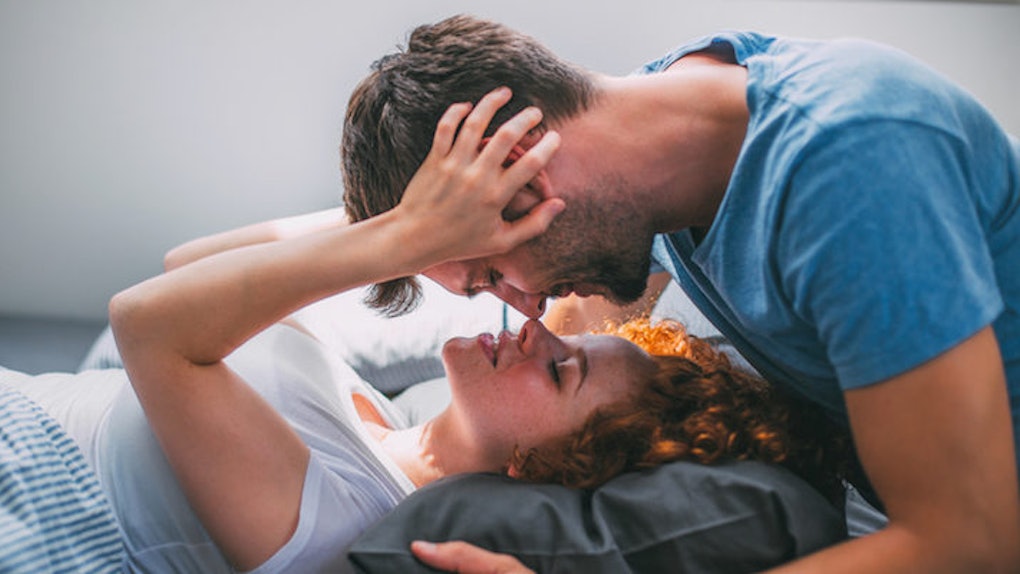 I Was Hooking Up Just For Fun, But I Couldn't Hide My Feelings

Brief introduction: I was recently involved in a no-strings attached relationship. During it, I made a big mistake. I'm here to share it with you now.

OK, it wasn't a relationship, it was a situationship. Actually, no. It was a hookup — a consistent hookup with no title.

He had blonde surfer hair that sat in a bun at the nape of his neck, wore sweaters exclusively from Goodwill, stole parking and tow-zone signs from our college's campus to hang in his room and sung and played the guitar like an angel.

After hooking up with Man-Bun Man approximately two times, I began to find it difficult not to think about him.

He was charismatic, talented and intelligent, and I enjoyed the times we hung out together.

But, like a typical fuckboy, as soon as we started having sex, he wanted to spend less time doing the activities I loved (i.e. making banana bread and playing guitar) and wanted to spend more time in his bed.

No more texts saying he'd “love to see me again," no more asking when I was free.

Running into him on campus was weird -- he was distant, uninterested and careless. I'd come to enjoy his garrulous, outgoing, fun-loving character, so this attitude was strange to me.

Maybe something was going on in his home life. Or maybe he just found another girl to spend time and have sex with?

I honestly can't say what truly happened, but in hindsight, I'm sure this man simply decided he didn't want to hang out with me anymore and thought the best way to do that would be to avoid all contact with me.

He did an absolutely phenomenal job with this, by the way. Knocked it right out of the park. He did it so well, when I sent a simple, one-lined "Happy Birthday" text, it didn't even yield a response.

With the lack of attention I was suddenly getting from Man-Bun Man, I began to feel weak and self-conscious.

Throughout my life, I've worked really hard to build up a kickass foundation of confidence, self-respect and self-love.

But as soon as I got into bed with Man-Bun Man, I attached feelings and worth to him. Keyword: him, not me. I had attached all of my self-worth onto whether or not this guy liked me.

And that was my mistake.

What was wrong with me?! I have never been the type to pin my self-respect onto someone else.

I wish I hadn't done this. I wish I had the foresight to know I was going to be hurt in the end. It would've saved me all the time I wasted overanalyzing what happened and feeling unconfident in myself.

Maintaining a casual hookup without developing feelings is really fucking hard, and there's nothing wrong with admitting that. There is, however, something wrong with lying about it, or ignoring your feelings, though.

If you're in the same boat as me, I encourage you to honor your sentiments and take action on them. Either end the hookup, or express your feelings to your partner.

In the long run, when it's time for the hookup to end, this will make getting over the situation 10 times easier.

It's crucial for you to consistently think about how you feel and advocate for yourself and your feelings. A partner who's just there for the sex probably isn't going to genuinely care about you as a person.

Don't make the same mistake I did by not looking out for — and respecting — yourself. I promise you'll be better off in the end.