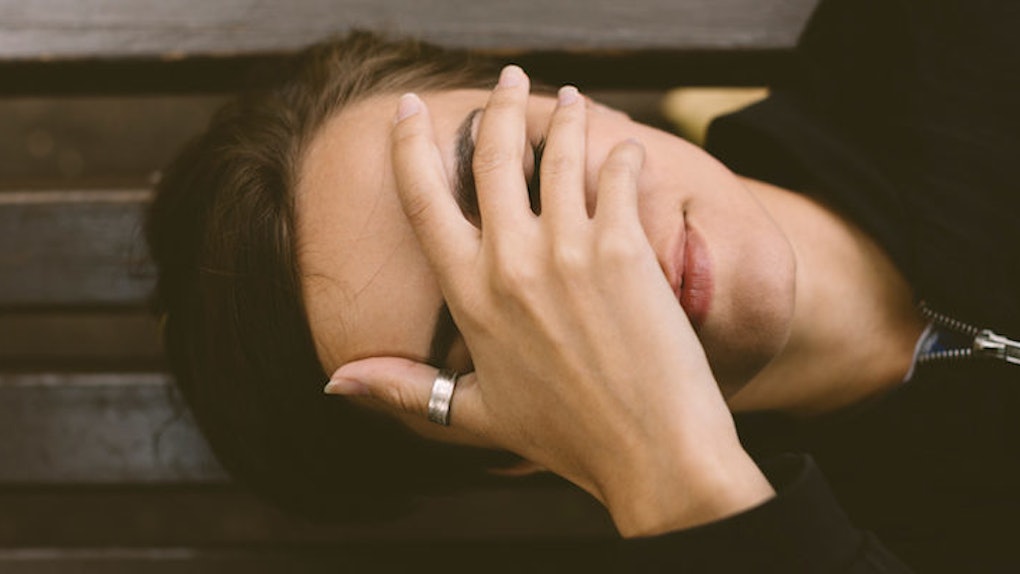 So, here's the thing: I've been you before. I've been the type of girl who has been so blinded by love that she's lost all access to her senses and soul. I didn't listen to my family or my friends. I didn't see what was right in front of me.

I only saw what I wanted to see. I didn't feel the deceit in every touch, and I didn't smell the lies when they were told.

I've been that girl, and I've been her probably more times than I'd like to admit. I did exactly what you're doing now. I leaned on the person (or poison) whom I believed I loved. I pushed anyone who didn't agree with me away.

Well, I am thankful each and every day that I finally got away. I am so grateful that something eventually happened that made me leave, even if it meant being hurt beyond repair. I could have spent the rest of my life settling, blaming the wrong people, being numb to all of my senses and forgetting what the truth was. I would've become a shell of who I am now. I would have been just a shell for someone else to mold.

I get why you want to stay. I get why you feel like he will change (or that he has). But, look at what else is changing. Look at yourself. Is this who you dreamed of turning into?

I know I used to be the girl who would go back to her ex, who would apologize for someone else's mistake and who would think that giving a second chance meant believing in true love. That girl was so sad when she realized how much time she had wasted losing friends, missing opportunities and forgetting what real love could be.

I lost a lot when I was her. But I've since gotten it back, with more to spare. I believe more in love now than I ever did before because I know what it's not.

This is for anyone who's heard, “You can do better.” Because every time you hear it, it's probably true. This, darling, is for you. I've been you, but I will never be you again.

I would hate for you to waste any more of your precious life being the girl you're not meant to be. You were meant to be more than you imagine. I'm sure of it. Don't believe him. Believe the little girl who dreamed of love.

Don't listen to him. Listen to the reason you keep going back in your head. Don't let him ruin you. Let him build you into someone better by letting you go. From one hopeless romantic to the next, please, I beg of you: Just don't take him back.