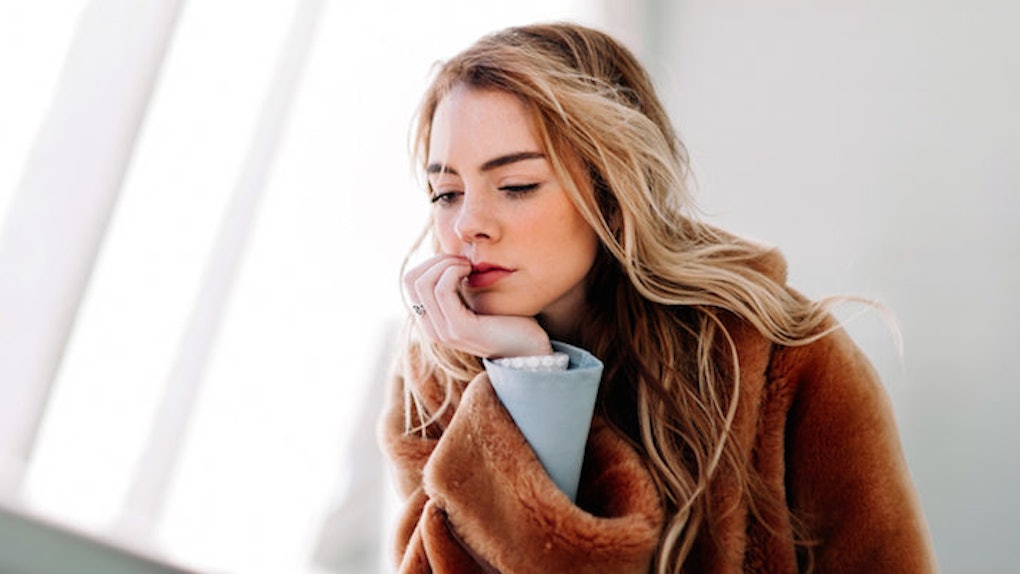 It's Possible: 5 Ways To Stay Classy After A Breakup

It took me a long time to fall in love. Twenty-five years, to be exact.

Loneliness is one of the most difficult aspects of being single. Considering I went through high school and college without a girlfriend, I thought my loneliness was profound.

I can't help but laugh at my naivety because the loneliness you feel when a relationship ends cannot even compare.

One aspect about my relationship that always seemed intense was how fast we moved.

By our second date, I knew it was the real thing, and by the seventh month, we talked about the potential of marriage.

At one point, my ex said, “We would have beautiful babies,” and the comment remarkably didn't scare me. Rather, it made my heart skip a beat.

When a man crosses paths with a woman who is capable of straightening him out, a strange rewiring occurs.

Of course, not all men need to be "straightened out," but before I met my girlfriend I was, as a former coworker once labeled me, “A hot ass mess.”

Don't get me wrong; I was employed, working on a master's degree, writing and enjoying my life. However, I was also lazy, lacked purpose and struggled with motivation.

When I met my soon-to-be girlfriend, all of that changed.

For the first time in my life, I met a woman who I felt was worth fighting for. And for the time being, I had found my purpose in her.

The thing that confused me the most about our relationship was the fighting. Of course, no relationship will be daisies and rainbows all the time, and fighting is normal.

However, when there is total harmony between you and your partner, fights can sometimes feel like a blind-side football tackle.

One of the toughest lessons I learned as my ex and I moved through tumultuous times was to not break up while in a fight.

I only learned this lesson because I initially broke up with my girlfriend after a fight. Moments later, I came crawling back because it didn't feel right.

So, what was particularly difficult about the end of my relationship was that we weren't fighting anymore. We were in a normal, day-to-day state.

However, I knew in the back of my mind I wasn't seeing the future of us anymore.

Instead of waiting for a moment when we snapped at each other and took the easy way out, I broke up with my girlfriend under very honest terms. But, that didn't make it easy.

Counterintuitively, it's hard not to question your decision because you made it in a sound state of mind as opposed to relying on anger or frustration.

Still, it's rewarding to know my relationship ended on good terms, and in the future, I may even get the chance to catch up and enjoy her company again.

At the end of my relationship, I learned these five rules to executing and maintaining a classy breakup:

For most couples, it's easy to fall back into each other's arms the moment loneliness strikes, but you're simply cheating yourselves.

When you make the decision to end a relationship, understand and embrace that it is truly the end, no matter how much it hurts. Then, you must challenge yourself to never speak to that person again.

That sounds intense, but opportunities may come up down the line to reconnect. However, the wounds must heal first.

It's essential any contact with your ex isn't driven by a desire to get back together, to search for closure or to simply feel something.

Rather, contact should only be initiated if you have fully and truly moved on. For many, it's possible that time may never come. Embrace it.

I was unprepared for the finality losing my lover and my best friend.

After a few good cries and some absurdly long showers contemplating the demise of my relationship, I finally came to understand not everyone gets closure.

Few relationships are neatly wrapped up like a bow on a Christmas present. Endings are painful, and it was particularly shocking for me after I experienced my first “honeymoon” phase.

Accepting that closure may not be in the cards for you is hard, but that realization initiates the healing phase.

3. Heal in a positive way

Personally, I'm not the type to go out and have crazy, meaningless sex or to turn to drugs and alcohol. Rather, I will just toil in a potent cocktail of self-loathing and depression.

When my relationship ended, days started to blend together. I felt that core, hallmark feeling of depression I had felt before: helplessness.

I think my saving grace was the gym. I'm no fitness expert (and my diet sucks), but pushing myself through a few workouts while blasting powerful music really helped me heal.

4. Don't look back in anger

Even Andy Dufresne from the "Shawshank Redemption" came to understand his actions were partially responsible for the demise of his marriage.

Bear in mind, he came to this conclusion after 20 years in jail, which was preceded by catching his wife cheating and being wrongly convicted for her murder.

If that isn't a profound realization, I don't know what is.

An immature concern of mine after my relationship ended was publicly establishing who broke up with who.

When I found out from friends of my ex that word had spread I had broken up with her, I was elated.

"That's right, I broke it off!" Looking back, I am borderline ashamed of my childlike mindset.

Ultimately, my desire to publicly define the breakup came from my insecurity of what other people thought of me.

I didn't want to be looked down on for being broken up with. I wanted to be respected for having initiated the act myself.

In reality, my time should have been spent trying to understand where I had failed my ex as a boyfriend and how I could improve upon those failures in the future.

5. Understand the price of love

In the classic movie, "Annie Hall" by Woody Allen, we spend 90 minutes exploring a relationship from its formation to its demise.

As the movie comes to a close, the couple having been broken up for some time, Alvy (Woody Allen) unexpectedly runs into his former lover, Annie (Diane Keaton).

They decide to grab a cup of coffee, and as they share laughs and effortlessly rediscover their old chemistry, the movie transitions into a montage, as it runs through memories of their relationship.

It shows them walking on the beach, kissing under the covers, frustration as they move in together, happily exchanging gifts, Alvy consoling Annie as she cries and an idiosyncratic moment as they laugh together on a NYC park bench after noticing something funny in the distance.

After the montage, Alvy begins to narrate, “After that it got pretty late, and we both had to go, but it was great seeing Annie again. I... I realized what a terrific person she was, and... and how much fun it was just knowing her; and I... I, I thought of that old joke...”

As Alvy narrates, the camera watches him from a distance as he stands on a NYC street corner and says goodbye to Annie.

We observe this lingering moment, and you can see Alvy is searching for something more, as he shakes Annie's hand for far too long, not wanting to let go.

He then finishes narrating:

"Well, I guess that's pretty much now how I feel about relationships; you know, they're totally irrational, and crazy, and absurd, and... but, uh, I guess we keep going through it because, uh, most of us... need the eggs."

As Alvy ceases to narrate, he lets go of Annie's hand. She walks away, and he simply stands there in this profound, yet simple, moment as she exits his life forever.

Then, the credits begin to roll.

That ending has always haunted me. The idea that you can love someone so deeply, only to become nothing more than a stranger is terrifying.

However, watching "Annie Hall" after my relationship ended was unexpectedly different because I felt as if I had grown with Alvy.

I felt comfortable with my understanding of the madness and the irresistibly addictive nature of relationships.

With that understanding, I discovered the closure I had been searching for. Of course, it wasn't entirely satisfying.

I learned it may never be, but I felt like I could finally close the proverbial door of my failed relationship.

But, I'd be lying if I said I don't often turn around and stare at that closed door as a montage of my own relationship runs through my head.

At that point, it's tough to resist reaching out for the doorknob.