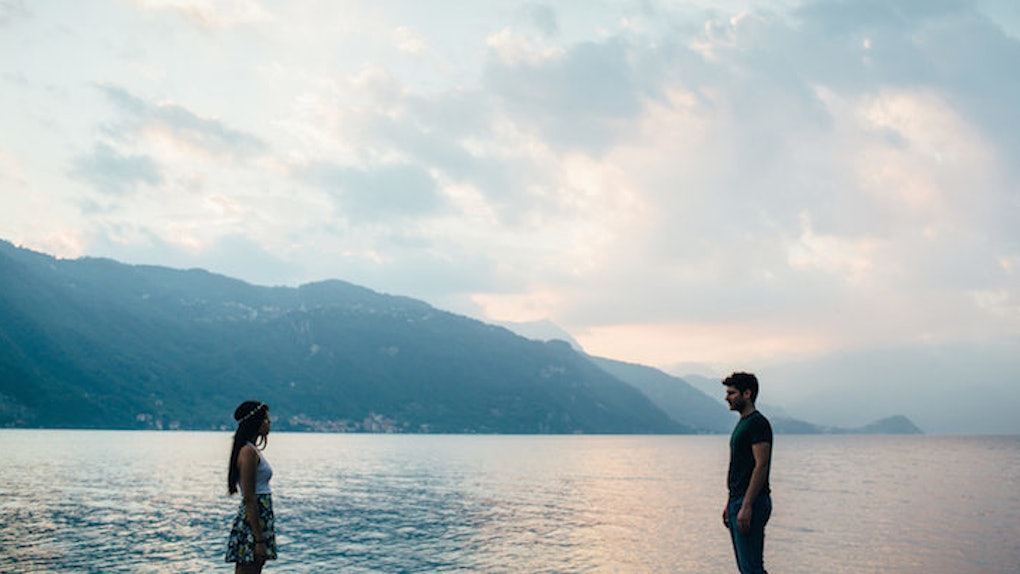 Why Revisiting Your Exes Is Easier Than Finding Someone New

1. You're single again and, instead of struggling with the loss of your past relationship, you're dreading having to “start over” with someone new. Dating apps and awkward first dates are not on your agenda. If only you could skip all of those initial stages.

2. You're feeling down. You've lost a job, or had a bad date. If only there was someone who knows you, who's going to comfort you, and could take your mind off the situation.

3. You're turned on, but you aren't dating anyone right now and aren't into random hookups. If only there was someone that you were emotionally connected and comfortable with, knows what you like physically, and that you trust with your health.

If you kept revisiting the idea of an old relationship while thinking about the situations above, then you're not alone.

Revisiting old relationships, from friends with benefits to serious relationships, is easier than trying to find someone new, and interestingly enough, your mind actually prefers it, and motivates you to seek them out over new relationships, too.

Have you ever caught yourself reminiscing about a past relationship, or come across a photo of your ex and felt a sense of loss and longing, but also happiness?

Those feelings represent nostalgia, which is a common experience for most people, occurring one to three times a week on average. Research has found that nostalgia actually alters your memories, enhancing positive details and minimizing negative ones, according to Nostalgia: Content, Triggers, Functions published in 2006 and It Was a Most Unusual time: How Memory Bias Engenders Nostalgic Preferences, which was published in 2013.

As you're reminiscing positively about your past relationships, your mind is also simultaneously convincing you they were a really good investment.

The study "Retrieval-Induced Forgetting Predicts Failure to Recall Negative Autobiographical Memories" published in 2012, indicated that people want to maintain their positive self-image, and to do that they validate their decisions from the past.

Your brain wants you to believe that your old relationships were the right choice, which also may cause you to doubt why you ever ended that relationship, or if you were dumped, to try and get it back.

Even if you try to ignore the nostalgia and the doubt, trying to find someone new takes time and a “getting to know you” stage.

During this stage, you are unconsciously, and unfairly, comparing your old relationships to your new ones. You will feel or remember feeling more comfortable with old relationships due to the psychological phenomenon, the mere-exposure effect, which states that you will feel more familiar to something the more you've been exposed to it.

Overall, it's a tad scary to think that your brain cultivates a sense that your old relationships were better than they were, causes you to miss them, and then labels your new relationships as missing something special.

Your mind wants to protect you from your past, but making old relationships seem better than they were becomes a problem when you forget why they ended in the first place.

Old relationships are valuable when you learn from them and grow, and then can use those experiences to improve your next relationship. Going backward doesn't allow that. Ask yourself, “What do you really want from a relationship, and will going back in time help you reach your goal?”

Dating, as any new opportunity for growth is supposed to be uncomfortable, scary, sometimes disappointing, and especially time consuming. That's just the nature of it.

Next time you're tired of dating and starting over, feeling down, or just turned on, remember your brain isn't always focused on your future – it's focused on making you feel better in this moment, and that's all revisiting an old relationship is good for.