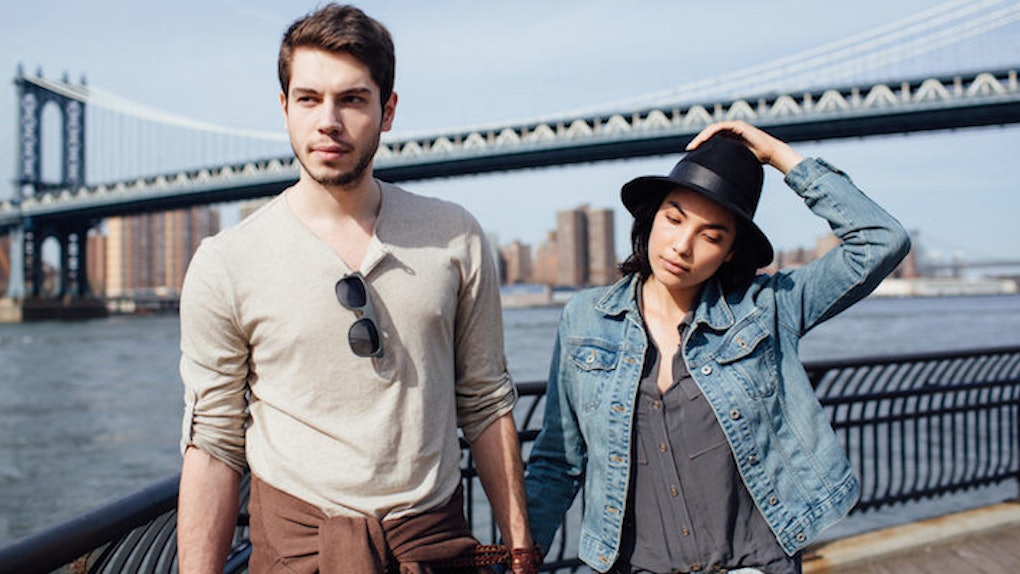 Don't Strike Out: 5 Signs You're Sabotaging Your New Relationship

There aren’t too many people in the world who can say they haven’t been hurt by love.

For many, it happened when they were teenagers, when nothing could hold them back from hurling themselves into exciting new relationships.

Along with the good, though, these experiences often gave them pain, rejection and untold damage to their self-worth.

These experiences can also go on to negatively shape our behaviors in future relationships.

Just before my 18th birthday, I went into my first serious relationship, and I was truly playing the game.

Even when I was fearful, I never let on. If he didn’t call, I never reacted.

For a 17-year-old, I was the epitome of cool, even if I was dying inside.

One day, a few months in, he said he needed to meet with me to "talk."

He had started acting strangely, and I wasn’t sure if he was going to break up with me. I was certain he felt as strongly about me as I did about him, but he was a lot older and more experienced than me.

Nevertheless, we went for drinks, and I tried to not to lose my cool. We sat down, and he said he thought we should break it off, as I was going to be moving away to university.

I just calmly said, “Okay, I understand. You are probably right.”

I’ll never forget the look of shock on his face. He had expected me to cry and react, but I was matter-of-fact and nonchalant.

By the end of the night, he’d talked his way back in.

I remember going home and feeling satisfied I’d won. We stayed together for 10 years.

When I re-entered the dating world, I still had memories of that experience, and I was sure I knew how to effectively stop these things from ever happening again.

It had worked out for me so far — I’d had a successful 10-year stint — so it easily would again, right?

What followed after were many years of walking away, never fighting for something, never emotionally investing and ensuring something ended before it ever really started for fear of failure, rejection or ego damage.

You could say I’m an expert in spotting the signs, and only once I recognized them, did I start to break the pattern.

So, what are those signs?

1. You never make the first move.

Whether it’s asking for a number at that initial first meeting, organizing the first date, calling first, texting first or saying "I love you" first down the road, you just don’t do it.

Putting yourself out there is dangerous, and you want the assurance someone is going to chase you.

You know that if he doesn’t, it won’t last five minutes, especially given the fact you’ll use any opportunity to run away

Or if you do react, it’s to be a smart-ass because you’re desperate to prove you're so cool and comfortable in your own skin, and nothing he does will bother you.

This keeps you in control of the situation and surely, it makes you more desirable because you’re proving you don’t actually care (or so you think).

3. You never tell anyone how you really feel about someone.

If you admit to liking someone and wanting a relationship, and that isn't what this person wants, you can wind up looking a bit silly.

And you absolutely hate when people feel sorry for you or think you’ve been given the flick. That would be a sign of weakness.

4. You can’t even admit to yourself how you really feel.

If you start to care too much, it is not a lovely, fluffy feeling. It fills you with terror.

You enter a world of denial about these feelings and convince yourself you don’t really give a sh*t. You do this because it’s easier to walk away.

5. You take the first "out" that’s presented.

It might be something as simple as having a date canceled due to unforeseeable circumstances, but if it feels bad, it’s an indicator of how much worse it could feel if you let it happen again.

So, you just don’t let it happen again. You dip out early, satisfied you're still intact.

As small as these signs are, spotting you’re doing them and working back to understand why can be the key to breaking the habit.

We never really win from anything we end up sabotaging.

For me, it took an unexpected rejection in a new relationship to make me stop.

If you're not investing in something emotionally, you're never really you. Therefore, rather than it protecting you, it actually protects the other person from seeing you.

If you can see your own behavior in here, start fixing it tomorrow.

How about you try texting him first? Start being honest with your feelings, gush about your person over dinner with your mates and relax and enjoy those wonderful warm and fuzzy feelings.

And most importantly, remind yourself at every opportunity that if it feels scary, it’s only because you fear it being taken away. So, don’t take it away yourself.