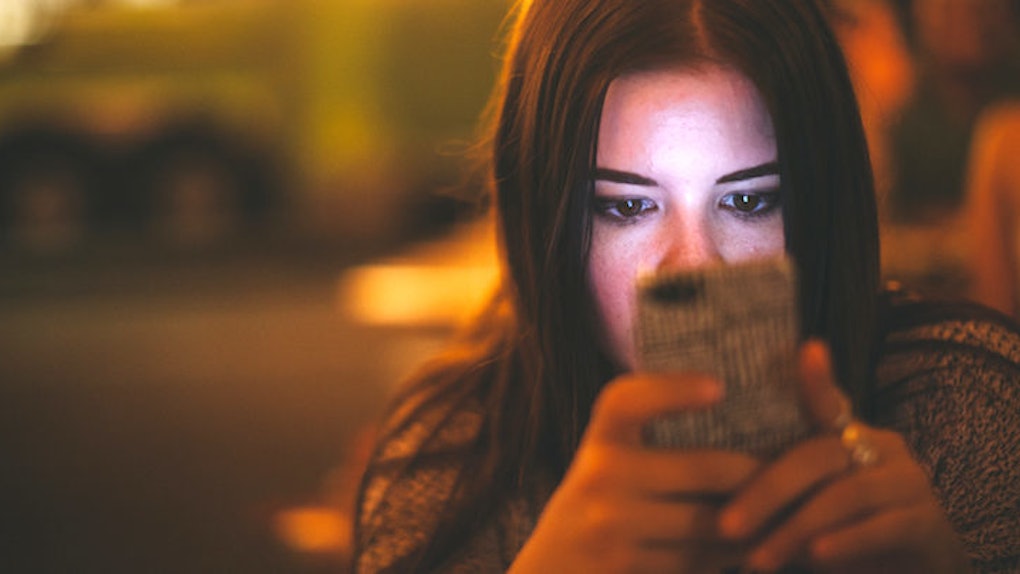 He Is Jerking Off: 62 REAL Reasons He Isn't Texting You Back

When a guy does not text me back, I like to assume he is dead.

I'm fabulous, hilarious and charming, and my text messages usually reflect that. So there is absolutely no other logical reason that comes to mind as far as I am concerned.

Much to my surprise, I have found that sometimes these boys are very much ALIVE.

And, no, they are not too busy literally rolling on the floor laughing at my hilarious text; they actually just simply did not respond.

Which is INFURIATING. Because we all deserve a reason, right?! And not those bullsh*t reasons your friends give you, like, “He is intimidated by your success!” -- WTF does that have to do with him responding to “F*ck Marry Kill: Ruth Bader Ginsburg, Hillary Clinton, Sandra Day O’Connor”? -- but a real, rational, probable reason.

So, I'm going to give you a list of those reasons. The reasons your friends feel too awkward to tell you.

I cannot pinpoint one real definitive reason why every guy is not responding to every girl.

But here are about 62 logical options that do not involve him dying or rolling on the floor laughing at how hilarious you are.

2. You are his side chick, and he is busy hanging out with his main chick.

3. You are his main chick, and he is busy hanging out with his side chick.

4. He is DOMINATING this game of Call of Duty.

5. His phone fell between the couch cushions after said game of Call of Duty, and he has not bothered looking for it since.

6. He is drafting for his fantasy football team.

7. He is taking one of those epic dumps that have the power to change a life both physically and emotionally.

9. He is buying matching “swole-mates” T-shirts with his boys after said trip to the gym.

10. He is flexing in front of the mirror.

11. He is picking his nose and dissecting his boogers.

13. He messaged you on Facebook and assumed that was the same thing.

14. He is too busy talking to girls on Bumble.

19. You did not ask a question, so he assumed no answer was necessary.

20. You did ask a question, but you did not make it blatantly clear with a question mark, so he assumed no answer was necessary.

21. Your text creeped him out.

22. He decided the conversation was over.

23. He liked your picture and figured that was communication enough.

24. He saw you last night, and he is embarrassed by his behavior.

25. He saw you last night, and he is embarrassed on your behalf.

27. He literally has nothing to say to your text.

31. He is shotgunning beers.

32. His phone is about to run out of battery.

34. He is actually Netflix and chilling the old fashioned way (alone, binge-watching “House of Cards” in bed).

37. He was too bored to read the essay you sent him in its entirety.

39. He is enjoying a nice lukewarm shower beer.

40. He is taking a champagne shower.

43. He is texting someone else.

44. He already looked at your snap story, so he doesn’t feel the need to text you to keep up with your whereabouts.

48. He is in the process of ghosting you.

49. He is one of those guys who hates texting.

51. He screenshotted your text and is sending it to his best girlfriend to help come up with the perfect response.

52. He screenshotted your text and is sending it to the group text with all the boys to show them what a nut job you are and/or brag about how much he pulls.

53. He already saw you that day, and he thinks that is more than enough communication.

58. He is getting lunch with his family.

59. He is watching the game with his boys.

60. He has already opened the 30 snaps you sent him and honestly does not want to see your name pop up on his screen anymore.

61. He is eating wings, and his hands are too sticky.

62. He does not care that much about you or your text messages.