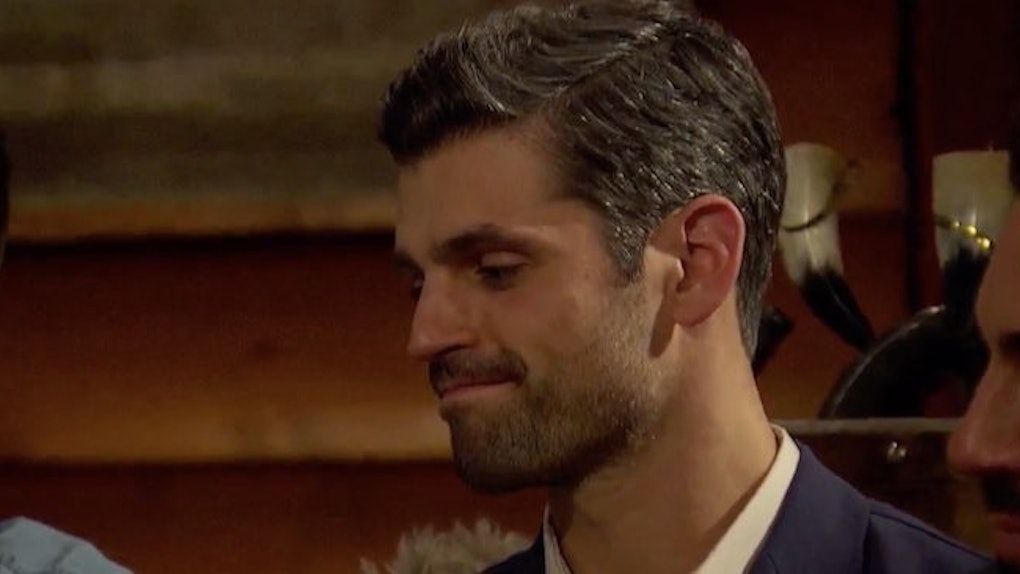 OK, YOU GUYS, WE GOTTA TALK ABOUT RACHEL AND THE SLY QUEEN SHE IS FOR A HOT SECOND.

We already told you about how, on last night's episode of The Bachelorette, things got super steamy between Rachel and Peter. Literally steamy. They definitely made out in a hot tub in Norway for, like, three-and-a-half hours.

Don't believe me? SEE FOR YOURSELF.

If you replay that part of the episode and look reeeeeeally closely, you'll notice the hot tub is actually filled with all the tears I cried over it not being me with Peter in the hot tub.

Missed that part? Well, allow me to recap it for you.

Following all the conversations, as well as Rachel and Peter's party for two in the hot tub, Rachel still had to give out the coveted group date rose.

And after literally exchanging every bit of saliva she had with Peter in that hot tub for THREE-AND-A-HALF HOURS, you'd think Peter would be a shoo-in for that rose. Peter himself even said, "I'll be super bummed if I don't get that rose tonight. Because the rose tonight means she feels the same way about me as I feel about her."

But do you just give a guy exactly what he wants because he makes out with you in a hot tub one time? NO, FAM, YOU DO NOT. And Rachel was well aware of that. She knew exactly how to play this game to keep all the guys ~on their toes~, and it's something all girls everywhere should learn how to do.

Instead, she gave the group date rose to Will for apparently being open and honest with her (and also for crushing that handball game the guys played).

Let's just say, PETER GOT PLAYED. And his face afterward was probably the saddest thing you've ever seen in your life.

Now, let's go on a little journey of what all the players in this clever game Rachel orchestrated were probably, maybe not, but most likely thinking in their heads as this all played out:

Peter: I swear to God, I better get every rose ever. RACHEL, DON'T LET ME DOWN.

Rachel: Watch and learn, ladies. Step one: Make him want you, and make him confident.

Peter: What up, guys? It's me, back after three-and-a-half hours with Rachel. Suck it, losers.

Rachel: Step two, ladies: Psych him out. Hehehehe, I love how sly I am. I am the best.

Will: Peter, talk to me when you can win the group date rose without spending three hours in a hot tub.

Peter: Are you freaking serious? I don't understand. I thought I had it. I thought she wanted me.

I have honestly never seen a more perfectly executed set up in my life.

If Rachel's face when she walked back into the room with everyone was anything to go by, then I think it's safe to say she knew exactly what she was doing. In a room full of men with confidence higher than my daily anxiety, you have to show them who's really in control. And sometimes, you have to get a little sneaky with it.

That's why, if you feel like the men in your life are getting a liiiiittle too confident, and you feel like you have to humble him a little bit, set it up like Rachel: Make him want you, psych him out, and mildly crush his dreams.

Clearly, it worked on Peter, because after the group date rose ceremony, he said, "Right now, I'm going through my head and wondering, 'Why is he getting it, and not me?'"

Sorry, Peter, we all still love you (and clearly, Rachel does, too). But this is a game after all. And if you think it's going to be one of the guys in that house winning this game, you're wrong.

Rachel will be the real winner. As it should be.

So be careful out there, guys, and try to stay humble. After all, you might end up like Peter being a sad burrito in a hoodie after not winning the group date rose: