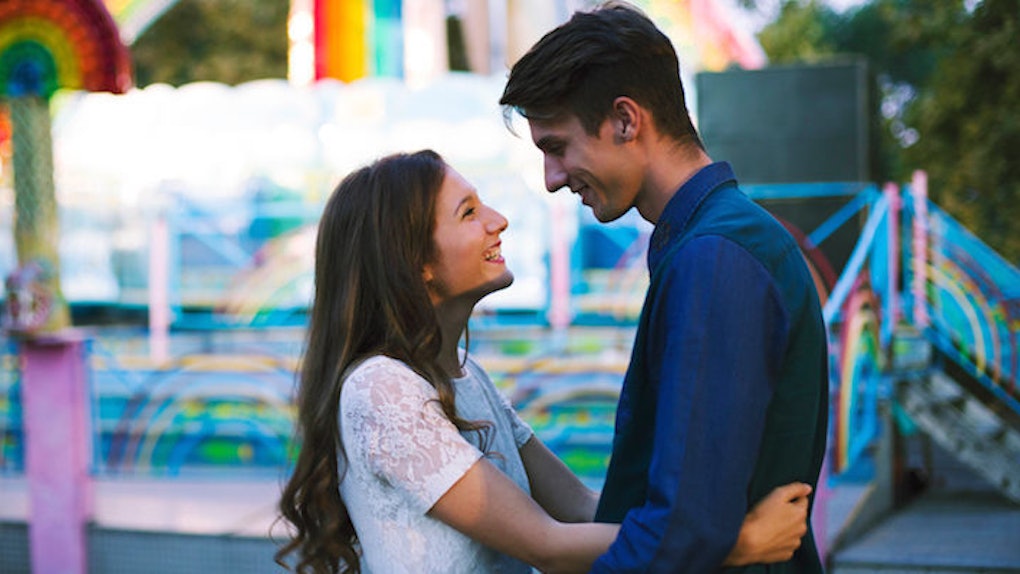 In this digital age of Tinderfellas and dating apps, it’s not too difficult to get a date. (Notice I left out the words “good” and “memorable.”)

And while the disastrous ones deserve a subcategory all their own, there is a plethora of mediocre encounters that can make the act of going on a date a dull chore.

We have evolved past young women being courted in the family den while their fathers watch in the next room, so why haven’t we evolved past the “dinner and a movie” date routine? (We’re just secretly itching to tweet about the film, anyway.)

Luckily for you (and unluckily for me), I am a serial dater. And some dates have actually managed to stand out among the countless Kevin-Hart-flick-and-sushi nights and grabbing of drinks.

They are quirky, typically pretty cheap and without a doubt, damn memorable.

One man’s trash is another man’s treasure. Or, at the very least, it's an unconventional date. A suitor and I explored an antique garage sale in Denton, Texas last fall.

We found ourselves lost in a maze of vintage guitars, glass collectibles and oddball figurines from the early 20th century.

As we picked out awful outfits from past decades and made each other model them, we kept doing the one thing you do when you know it’s a good date: laugh.

This oddball date provides countless chuckles and a sly entry into a person’s mind. It’s pretty fascinating to see what the person will pick up, pass by and purchase.

On this date, I learned his passion for dated board games. I became acquainted with his affection for lamps, calendars and "Star Wars." (Yes, I have a nerd fetish.)

And he learned my love for crime mysteries and crude cartoons.

I don't think I'm alone in finding the white, glossy aisles of any Target therapeutic. (Please keep letting me believe this.)

And it may sound crazy to do this for a date, but I have done it twice with two different guys. Each time was like being in an arcade (without the pre-pubescent boys or loss of $20 in quarters).

We played in shopping carts, tooled around with toys and tapped into our “inner child.”

It’s an odd choice, but it's a great one. It forces the two of you to become vulnerable because you're out of your comfort zones. And vulnerability leads to intimacy.

It's very captivating to see how a man’s mind works. Usually, they feel right at home when making or building something.

When I studied journalism and communications in college, I learned men are more likely to open up emotionally when their eye sight and/or hands are distracted with a task.

So, while he’s building a spaceship, you’re building a comfortable rapport.

And, you get to keep the Lego structure as an adorable date souvenir.

The times I wasn’t dating nerds, I was dating guys who would “nerd out” when it came to sports.

As someone who doesn’t know the difference between a lay-up and a lay-over, I was never excited to watch a Cavs game. (Yeah, #GREATNESS. I get it.)

However, as someone who is mildly competitive and likes to make workouts more exciting, I was always down for a one-on-one game.

Trash-talking is a refreshing form of flirting, and it’s kind of sexy to get sweaty. Your heart goes outside of the bedroom and onto a court.

An old boyfriend and I would make fun, little mischievous bets. Again, it was adding a layer of flirtation and making the date more fun and competitive.

I think this particular boyfriend liked being able to teach me his basketball tricks and watch me adapt to them (less gracefully). And I liked surprising him by kicking his ass in H-O-R-S-E.

5. A Festival or Carnival

Living in Texas, there's always a food festival going on. During the summer and fall seasons, we have fairs and pop-up carnivals scattered across the state. It’s pretty obvious why this date is awesome: There’s cotton candy! (Or in Texas, deep-fried Snickers.)

Beyond the carbs and kissing booths, there's always a sense of nostalgia that comes along with carnivals.

Unless you were chased by a clown or threw up after a ride, carnivals remind you how carefree and light life can be. There’s laughter vibrations all around you, and there are too many opportunities to take dumb pictures.

I always feel like Allie in "The Notebook" when I go to a carnival with a guy. (Uh oh, here comes the puke.)

In retrospect, it was probably not the safest choice to go on a second date to a deserted ghost trail. But, this remains one of my favorite dates because the trail was like this metaphor of dating itself.

You’re going down a winding road, hoping someone doesn’t run away. You just want to see if it’s all even real.

I also love this date idea because it opens the door for fascinating and intimate conversation about fears, phobias, supernatural activity and science.

And once you both make it to the other side, it feels like you conquered something together, which brings the metaphor full circle.

Or, you could always stay in again and watch Netflix.