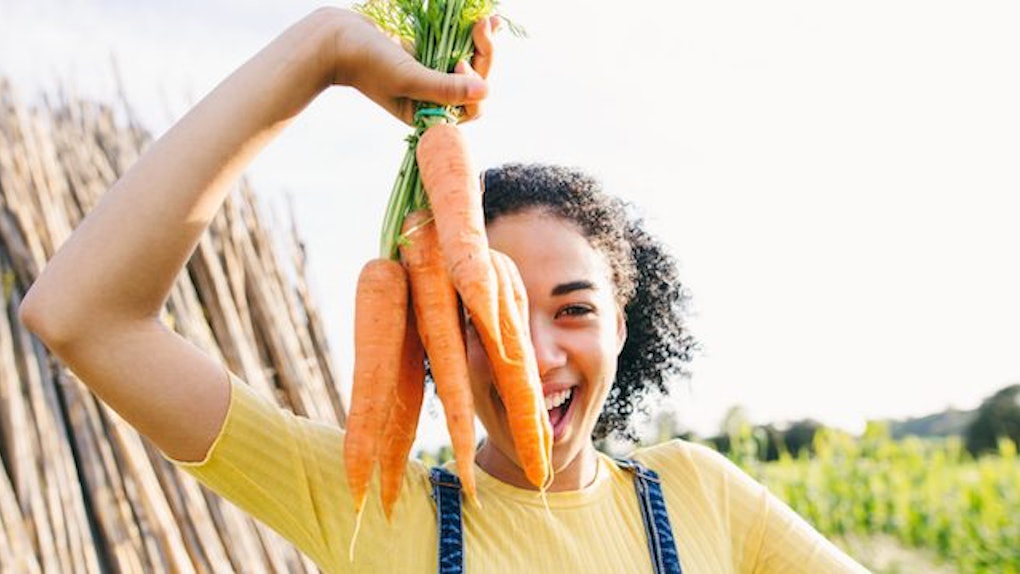 Problems When Dating A Vegetarian

For the longest time, I was a TOTAL carnivore. I couldn't imagine a meal without meat, and it was hard for me to make any meatless recipes at all.

But then, I got sick, and it was recommended I start eating more plant-based foods.

I started eating more vegan and vegetarian meals, and now, I would say I eat meat only around half the time.

But that DEFINITELY caused a rift in my relationship, since my boyfriend just doesn't feel like a meal is complete without meat.

It's kind of insane what a huge role food plays in your relationship... and you never actually realize it until something changes your eating habits. So, even though we've pretty much figured it out NOW, we had our ups and downs in the beginning.

If you plan on dating a vegetarian or vegan in the future – while you're a die-hard meat eater – be prepared for the following things:

I mean, you CAN share food if you eat all of your SO's vegetarian food... which I guess isn't really sharing after all.

But honestly, if you want to order meat when you go out – and you should, if that's what you feel like doing – you can't share.

And I would personally hate that.

I love sharing food because you get to try different things and really get to know the other person's likes and dislikes.

You can realize how you thrive on spicy food, while your SO freaks out if there's so much as a pepper in the dish.

You can try different cuisines and flavors so much more when you share... and that makes going out more rewarding.

2. You always get your SO to pick the restaurant.

On days I knew I would be vegetarian, I was ALSO always stuck picking the restaurant.

It's SO hard to find decent places that have BOTH options... and I know my boyfriend wouldn't exactly be thrilled if I picked a vegan restaurant.

Also, the options got boring real fast. It turns out, pastas are pretty much the only guaranteed vegetarian dishes at most restaurants.

3. Don't even get me started on family dinners.

If your family eats a lot of meat like you do, it's likely they won't really know how to prepare vegetarian dishes.

Or they might ask your SO strange questions about his or her lifestyle. Or maybe, they just won't understand WHY you would date a vegetarian.

Sometimes, they think things like fish or gravy – it contains beef broth, FYI – are vegetarian, and your SO will have to politely decline without trying to seem rude.

4. You never know what might offend him or her.

You may have never been exposed to opinions like these before, and you won't understand them at first. So, you might always worry you're offending the person you're dating because you're pretty clueless about his or her beliefs.

5. You'll realize not all wines are vegan or vegetarian, either.

OK, so you've made your peace with the food thing. It doesn't matter, and you can just share some wine instead... right?

You'll realize certain things you thought were vegetarian just aren't... and wine is a major one on the list. Some wines contain fillers like yeast or bull blood.

6. You worry you'll have to become a vegetarian, too.

This isn't to say your SO will ever pressure you in any way. But it IS kind of awkward to sit there chomping on some steak while knowing how your SO feels about it.

But someone who really loves you would never ask you to do anything you don't want to do, and I can guarantee you there's a way to make it work... even if you love food as much as I do.