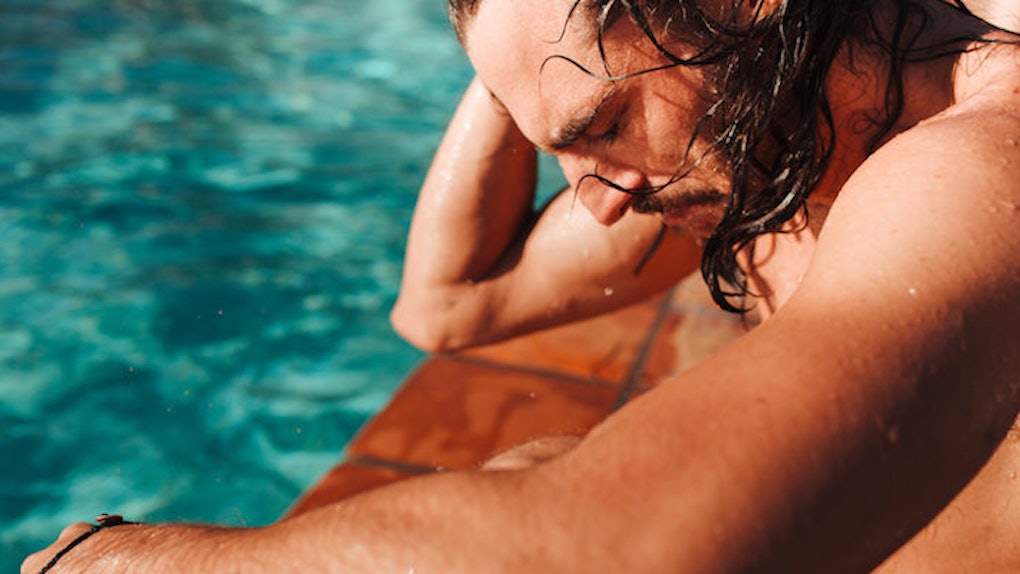 I was THAT guy in my 20s: the one women loved to hate. I was cocky, selfish and reckless with relationships. Some would say it's a part of growing up and we all go through it, but that isn't true. I would say most people try to avoid playing games. Right?

A person playing games in a relationship in my opinion, is usually the result of a deeper issue that isn't being dealt with. Often times, something has happened, that either has caused this person to fear commitment or to have little value for the feelings of the person they are with. It doesn't even have to be related to a prior relationship. It could be something they've gone through in life that has caused this. Each individual reacts to things in a different way.

A lot of people don't want to be alone, so they continue to date, knowing full well, they can't commit themselves completely to another person. Maybe they haven't come to terms with whatever they have gone through themselves, or maybe they don't even realize anything is wrong. They may not be able to comprehend what they are doing to others because during this time, their openness to love and relationships -- and maybe commitment in general -- has a block.

I was bullied pretty ruthlessly as a kid, and as a result of this, girls wouldn't date me.

I mean who wants to date the kid who gets bullied, right? I didn't understand how based on something out of my control, I could have no value to the opposite gender around me. Even when a girl would take a chance on me, the moment someone even remotely made fun of them for it, I was dropped like a rock. I started to ask myself, “why would I value them when they don't value me?” I see now that this was the wrong view to take, but as a teenage boy, I let my anger control my actions.

I shut down my heart.

Everything changed when I left home. I was able to reinvent myself. In my 20s, I joined a band and dove into that lifestyle. I was a lead singer and attractive, and my band was popular. Suddenly the attention from women I never got when I was younger was overflowing. I soaked it all up. I loved it; I mean, who wouldn't?

I still harbored those thoughts from my childhood though.

The women in my life now paid for the struggles I went through in my past. That rejection had scarred me, and I knew it but I didn't care. I was basking in this new found female interest in me because I hadn't experienced it before. It was a new and exciting feeling, so I dove in head first, trying to experience as much of it as I could, all at once. I had never really been with anybody, so now I just wanted to be with everybody.

The grass was always greener; the next girl was always prettier, than the last. Mentally I needed to boost my confidence and prove to myself that I COULD date pretty girls, that girls DID like me. I did that in all the wrong ways.

I developed a reputation as a fuckboy. That sort of thing happens when you go from girl to girl to girl. When you cheat on every girl you date, word starts to spread that you're the type of guy to stay away from. I knew it was happening, but I was selfish and so arrogant that I didn't care. I thought I was invincible. I didn't consider the fact that my karma was building up with every person I hurt. I was so caught up in the moment, I didn't see it coming.

For six years I lived like this. That's six years of karma, just building and building, waiting for the right moment to strike. And it did.

As I hit my late 20s, I began to feel that desire to settle down. My desire to live the musician lifestyle started to fade. Playing and going to shows every weekend became a chore; staying out until 4 am every night of the week started to take its toll. I was ready to leave it behind and start a family. I found someone who I thought fit the bill of the type of person I wanted to do that with, and we did.

The next couple of years were great. We weren't necessarily happy, but we were comfortable. Over time though, things changed. And then something I'd never experienced happened to me: She lost interest. She realized how wrong we were for one another, and made the best decision possible for both of us and walked away. Countless times before her, I had done this same thing to others, but no one had ever done this to me before. I was devastated.

At this point, I had convinced myself that I was a God. I couldn't wrap my arrogant head around the fact that someone didn't want me. Instead of taking a look at myself, for months, I blamed her. In my mind, I offered everything a woman could want, and I couldn't comprehend that what I offered wasn't right for every woman.

I began this downward spiral as I went through my stages of grief. I was broken. My life suffered, my work suffered and I went numb.

I started down that path again of trying to live the way I had before her, but it wasn't the same. While I had changed, everyone else around me had changed as well. I couldn't just go back to being the fuckboy because I didn't fit into that world anymore. Now that I knew what it felt like to be hurt, hurting others meant something. As much as I tried to pretend that I hadn't matured, I had. Going backward wasn't an option.

So I took a step back. I took time to myself to review my history, and to piece together who I had been so I could become who I wanted to be. I always knew I had the strength, but now I had the knowledge and maturity to use that strength to gain understanding. I took a very hard look at myself, and for the first time I held myself accountable for my past. It was the hardest thing I'd ever done. I hurt like hell, but I gained a new perspective.

I waited until I knew within myself I was ready to date again before I truly committed to doing so. I made sure I knew what I wanted from myself, and from another person. I needed to make sure; I knew I had to break the cycle of hurting others. Instead of playing games, I was brutally honest. I didn't play with emotions or pretend I cared more than I did. If wasn't interested in someone, I told them and I walked away, instead of searching for greener pastures while with them.

This change caused another new experience. Instead of hurting people, I was gaining friends. Because I was being honest and not playing games with them, more often than not if a relationship didn't work out, we parted on good terms. Instead of burning bridges, I started building them. A lot of these friendships still remain today.

I found myself and I dealt with my demons. I learned how to love myself the right way, and in turn found my own personal happiness. Only then did I know I was ready to give all of myself to someone else. Only then did I start dating again, and when I did, I found someone who fit me perfectly.

In today's world, it's easy to go from person to person. It's easy to date endlessly and never try your hand at love. If you do this for too long though, you create a cycle that is very hard to break. You get so used to things being the way they are, that you may subconsciously start to fear taking that next step.

Dating is fun, but at least in the process you need to make sure you are still working on you. If you don't know who you are, find yourself so you can give yourself to others. Learn about yourself. Learn what you want, what you need and what works for you. Don't waste another person's time if you know you aren't ready. Choose honesty, and be upfront. Build bridges instead of burning them.

Playing games, even when you do it unintentionally, will come back to haunt you. Choose to treat others the way you want to be treated, and you'll find that you gain a lot more than you lose.