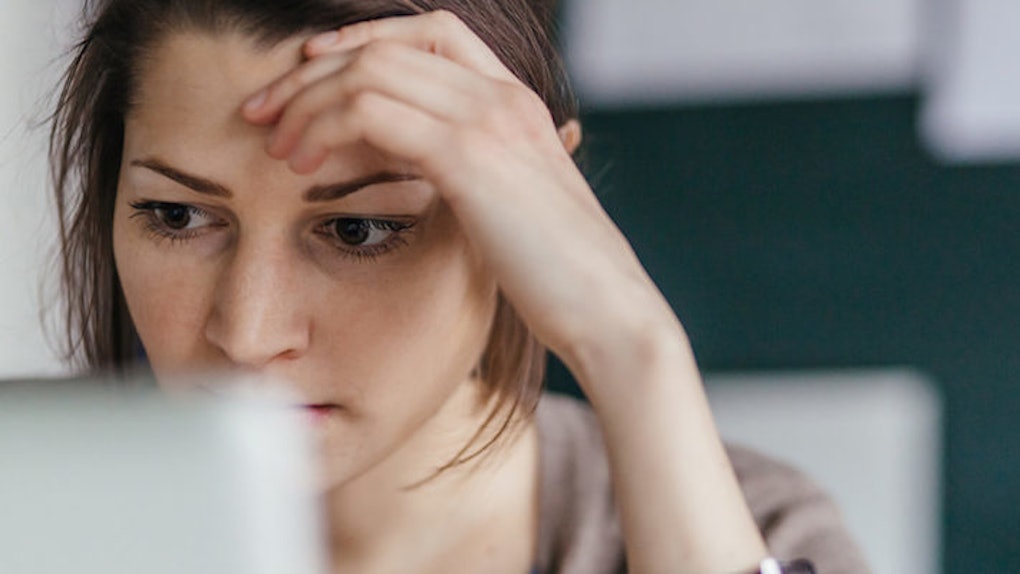 As an online writer, my social media presence is very much lacking and I'm working to change that.

In a way, I view social media as a form of self-indulgence. Do people really care that you ordered a fancy drink while dining at the CN Tower? No, they don't.

Do people think you're even more beautiful with the butterfly Snapchat filter that Photoshops your face into something almost unrecognizable? Again, no. They don't care at all.

This is my very generalized view of social media. A very bleak view, admittedly, but a view nonetheless. The pursuit of affirmation through vanity is the vehicle that drives most social media platforms.

So articles on the internet that suggest a man isn't interested in you if he hasn't posted a picture with you online (and there are many) are incredibly presumptive and immature.

How is one's social media presence somehow evidence that there is or is not an authentic connection between two people? Have you considered the idea that some guys want our dating lives kept private?

Have you considered the idea that some guys want our dating lives kept private?

We're not “hiding” you from the public eye; we just don't need support from online contacts (many of whom are strangers, relatively speaking) about something we're very confident in.

I knew I loved my fiancée about six months in (I thought I loved her about three months in, but when these feelings grew, I realized that it was merely a very strong fondness), but I didn't post a single photo of my fiancée on social media until roughly a year and a half into our relationship. A few months later, we got engaged.

My friends and family (and people who truly care about me) knew I was dating this woman, so why do I have to post a #WCW every passing Wednesday? I'm not 12. I don't need to tell everybody that I love the woman I'm in a relationship with.

She and I have had conversations about this: She feels the same way I do and would never post an image of me with the #MCM hashtag with some weak, generalized poem (or lyrics pulled from a Top 40 song) underneath.

We have friends who do this, and that's great for them, but in doing so it almost seems like they're trying to prove something. That they're lacking confidence in their own relationship by posting images seeking attention from outside sources that shout: “Hey! Look at us! We're kissing! That's so cute, isn't it? Hit Like if you agree! Actually, comment on how cute we are! That's even better!”

I've seen people who have been in a relationship for fifteen minutes post images of their significant other with hashtags alluding to this person being their soulmate. These people make such posts even less genuine than they already are.

You like that person? You really, really like them? Then tell them. Just them. Write it in a card or something.

In a few weeks/months, these photos will likely be wiped clean from the account, and this person will become non-existent to them. Then they will continue their search for the next person they can post an affectionate image with. And when they do, their friends will yet again feel obligated to hit like. To once again affirm this person's feelings for someone.

But I get it. You love this person and want to shout it from the rooftops. But what's the purpose? Why is it so necessary?

If you're an avid social media poster and your partner makes their way into the occasional photo, that makes sense. This person is a big part of your life, and your social media mission is to document your life as a low-level accountant as if you were a celebrity.

But my point here isn't to call out those who do post photos of their relationship; it's to dispel the idea that if we don't, we somehow don't care about that person. And any internet articles that suggest this is true are just easy, assumptive ways for some writer who's on a deadline to come up with their tenth reason why “he's just not that into you.”

The best way to know if somebody has feelings for you is through honest, face-to-face conversation. Not social media. It's to hear the words “I love you” in such an honest, authentic way that it gives you goosebumps.

The best way to know if somebody has feelings for you is through honest, face-to-face conversation.

The fact that somebody's online presence can somehow affect a relationship is ridiculous. I've seen sisters become enemies over how much more they've liked another sibling's images of their children over their own. I'm not kidding. They didn't talk to each other for months.

So if you like to post pictures of your partner announcing time and time again how much you love them, go for it. But just because some of us don't want everybody knowing our business, doesn't mean we love our partners any less. We just prefer to keep it humble, and leave things offline.