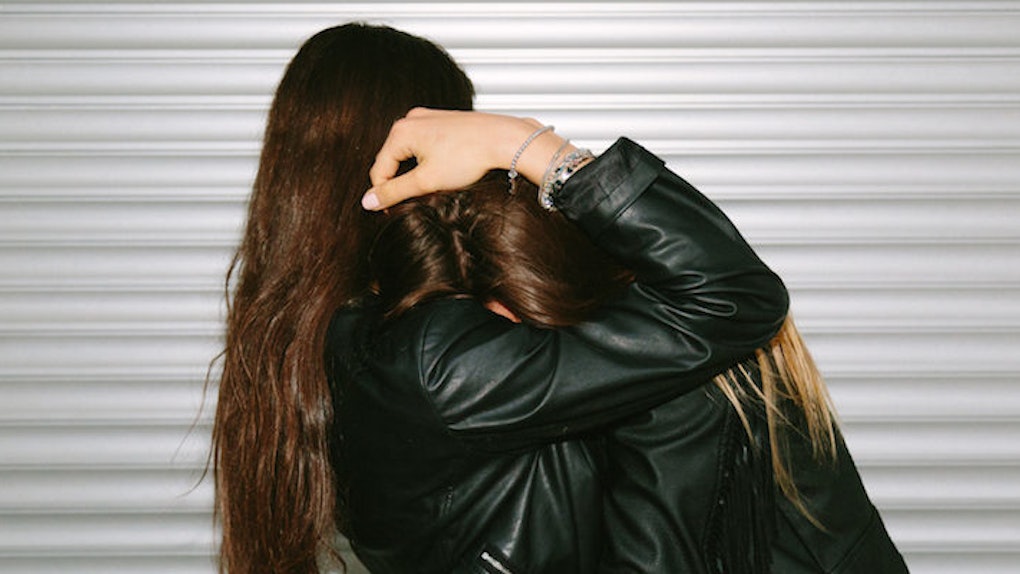 Single Support System: 7 Phases Of Helping A Friend Through A Breakup

Being single is great. It's more than great, actually. It's fantastic.

It's the time in your life when you actually have the freedom to do what you please.

Whether that's taking a spontaneous solo trip to Dublin or trying out a new, trendy restaurant, these various options are available to you at any time.

You're comfortable in your skin. You're confident about your future. Your life is pretty stress-free.

That's when it happens. There's the Facebook post, text or phone call that will undoubtedly change your life for the next few months, minimum.

Breakups seem to come at us from every direction this time of year. Your best friend, brother, classmate, roommate or coworker is cutting ties with someone, and you're involuntarily involved.

Even if you're not in a relationship, you still experience breakups.

The struggles you will go through depend on the nature of your friend's breakup, but there are phases that plague each and every "single breakup."

"Was it me?" "Should I have done something differently?" "Could I have been more adventurous in bed?"

Everyone hears questions like these when someone is going through a breakup.

The reason it's difficult for you to hear them is because you know the answer to these questions. No matter what you tell her, she isn't going to believe it.

The cut is too fresh, and they're rhetorical, anyway.

They know the answers, too.

So, this phase is a double-edged struggle. You want you and your friend to cut the bullsh*t and start moving on already.

This is actually a fun phase for you. You've probably been waiting to tell your friend exactly what you thought of her ex, and now you have your chance.

Be careful, though. There's a strong chance the breakup won't take, and they'll be back together within six weeks.

You have to listen more than you participate, agree with whatever she's saying and be prepared to hear her take it all back.

It's aggravating because the bad things she's saying are true.

The relationship ended for a reason, man. Vent, and move on.

The first weekend after your friend's breakup is very telling of what's to come.

Suddenly, it's weekend number two, and her mood has shifted. The momentum has slowed.

You're the one who's ready to rally, and your friend is sending passive text messages and saying she's not "feeling it" tonight.

You have two choices: Waste the buzz you have going to chill with your depressed friend, or get her to dig deeper, rally and take on another weekend of freedom.

Begging isn't fun, but you need to save your friend from herself.

Sitting alone on a Friday night isn't the way to handle any kind of breakup.

By far, this is the worst phase of the "single breakup." This is the phase where your friend comes to you and genuinely seeks advice and counsel.

Don't be fooled, though. She is not ready to move on.

You'll give her advice you wish you'd heard when you were going through a breakup. Licensed psychiatrists could recognize and appreciate the wisdom you're bestowing upon your friend.

But, it won't make a difference.

She's going to solicit advice from anyone who will give it, just so she can keep talking about her ex.

Hours will be wasted in this phase, and nothing will stick. It drives you crazy.

You will seriously consider cutting off all contact with this friend until she comes to her senses and takes your advice.

But, you're a better friend than that.

Once everyone is tired of giving advice, you'll enter the phase where she will have to talk to her ex.

She will come up with any reason imaginable to have some form of interaction with her ex: "I think I left my back-up toothbrush in his bathroom. I need to know if he will be at the concert Saturday because then I will know not to go. I can't remember the password he set for my WiFi."

What's most aggravating about this stage is she will try and hide it from you.

Is she frantically checking her phone every 23 seconds? Is she then buried in it for three minutes without blinking?

You know who she's texting. You aren't happy. She needs to stop.

Now that your friend ran of reasons to contact her ex, she's faced with herself.

Initially, she panics. She doesn't know how to be alone, and she's scared. She decides it's easier to never have a relationship again, and she's "giving up" and going to eat an entire pizza.

The next time you hear from her, things have changed. She's ready to look for someone better.

She wants to be set up with your friends, and she's thinking about signing up for a gym membership.

It's exhausting trying to keep up with her moods.

You're annoyed she's treating you like her own personal diary, but you know the next phase is close. So, you hold out.

This is the phase you've been waiting for. Now, she's ready to hear the advice she ignored before.

Your newly-single friend probably confided in you because you reached the other side of your last breakup, and you came out stronger.

But because you're now in one of the best places of your life, she doesn't realize the last thing you want to hear about is a relationship on the rocks.

You don't like dealing with anyone's drama but your own (and even that doesn't reach a level beyond running out of clean underwear or misplacing your keys.)

You have found the simple and painful solution to any problem.

If it doesn't actively and positively contribute to your life, end it.