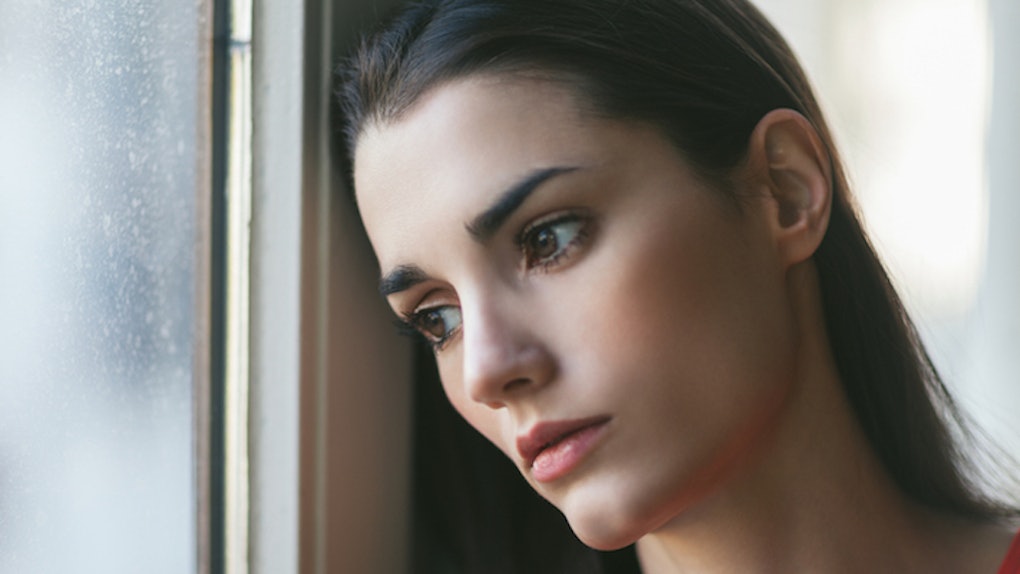 5 Ways My Past Relationships Are Currently Ruining My New One

The terms baggage, and damage, exist for a reason: because we can't just leave old relationships unscarred.

You might not even realize how damaged you are until you find someone new to get intimate with. Intimate in a way where you choose to put yourself back on the hellish ride of falling in love once again.

I swore I'd never fall in love again after each one of my exes; I aimed to be a free spirit. I wanted to be free from the games, and the manipulation. I never wanted to get hurt again, but inevitably my heart went racing ahead of my mind, and I fell for someone else.

Looking back at it now, I wasn't ready. I hadn't made amends with how badly my last relationships ended, and as a result I'm back in the same place, yet again, questioning everything.

Between the fighting, I feel myself becoming someone I don't recognize. I didn't even really see until one day, when we were in the middle of a screaming argument, and I found myself spewing words that weren't named at him, but that were named at my ex.

I was treating my boyfriend like a stand in for all the hurt I wanted to let my ex-boyfriend feel.

Here are the ways I damage my current relationship, because of damage from my last one:

1. I blow everything out of proportion.

If you look at a girl, like her photo on social media or even so much as breathe in her direction, that's a betrayal to me.

I'm not saying it's right, I'm just saying I don't trust anyone. Until you've received pictures of a man you lived with, and loved, for over four years having sex with someone else, you'll never be able to understand why I feel that way.

2. I am emotionally unpredictable.

One day I'll be your cuddly baby girl, and the next day I'll be a venomous ice queen. I'm already thinking of the millions of ways you can screw me over, so I involuntarily shut down and become distant.

I don't feel like I'm enough for you to remain loyal because I've never been before. As a result, I systemically start snipping threads away from our relationship because I'm afraid it'll happen again.

When you say something I won't take it the way you meant it.

This is because past lovers have said it too, usually as a manipulation tactic. The words coming out of your mouth are words that have been used to lie to me, so I don't understand why I should believe you now.

My efforts in the past have proved to be useless, so I don't do grand gestures anymore; I don't see why I should. Everything romantic inside of me has been replaced with disappointment.

Despite all of my efforts, my past heartbreaks have become a permanent part of who I am.

I try to work on the issues -- I try to bite my tongue and I try to quell the crazy thoughts -- but like a chronic disease it eventually is running through every cell of my body and I can't fight it. I'm never going to be normal again.

I'm not saying this is okay; I'm deeply remorseful about the ways I've let the men I've loved ruin my belief in happy endings. I'm just being honest.

If you're beating yourself up for being damaged, remember: it's not your fault.

There is hope. Over time, with your sincerity, honesty and compassion for what we've been through, we can love and trust you too. We won't ever be exactly the same as before though.

The people who have loved us before took away pieces of our hearts that we'll never get back. In their place, cynicism, and distrust, have grown.

But, if you try hard enough to win over someone who has been through the kind of hell I'm talking about, I guarantee you that you'll never get hurt the way they.

I'm a heartbroken misfit but there's hope for me yet, or at least I'd like to believe so.