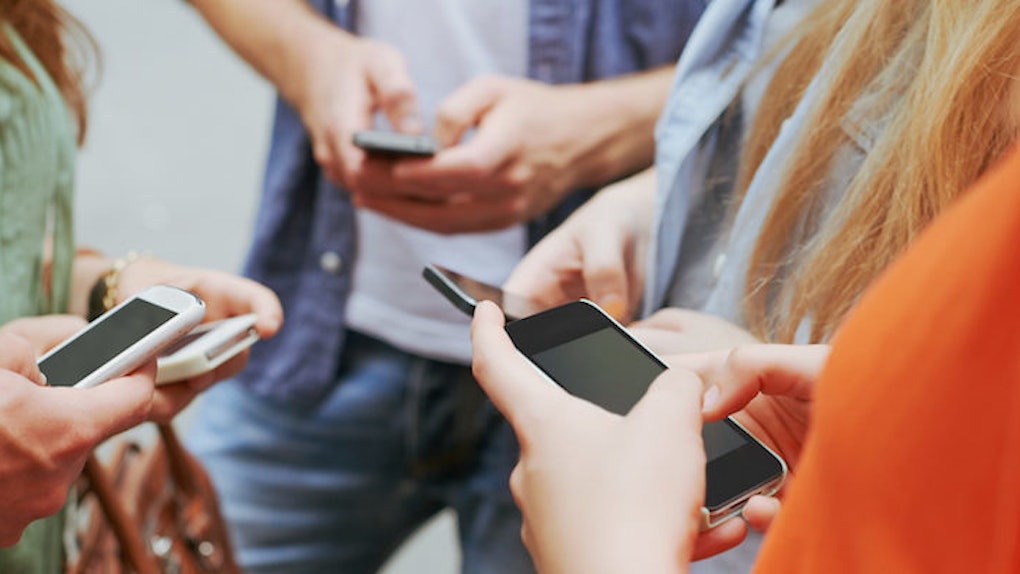 The Fall Of Man: How Dating Apps Have Made Us Lose Our Sense Of Decency

It's Friday night. Two friends of mine relax on the sofa, gossiping while sipping wine.

My roommate Anne* keeps asking for opinions on her outfit. She’s waiting for her date to arrive.

Anne has met this guy Sean* on Tinder, and the two have been texting nonstop for the past two weeks.

Finally, the mystery man arrives. He enters our apartment shyly.

All five of us share a drink as he tells us about his dissertation.

I zone out. It sounds boring.

But as the door closes after the hopeful lovebirds head out for dinner, Maddie*, one of my friends, frantically grabs my hand.

“I matched with that guy this morning!" she tells me with wide eyes. "He messaged me a few hours ago!”

She takes out her phone to show us the evidence. Yup, it was definitely Sean.

The statistics of this chance encounter baffled me.

There must be thousands of people on Tinder in New York City, but inevitably, the digital world has now found a way to make even the Big Apple feel uncomfortably small.

Sean had sent her the exact same message. She found the situation horrifying.

“I only ever respond to people who message me first," she says. "Does he just copy and paste that same thing to everyone?”

I begged either of them to confront him. Neither would.

Obviously there are no labels here, but what are the ethics of messaging other women on the day of a first date?

Are there rules for this?

Not to pose a Carrie Bradshaw-esque query, but where do we draw the digital line between playing the field and being a player?

Maybe the multitude of articles declaring this the age of the meaningless hookup have it right.

Have we lost all decorum?

I posed this question at a party later that week.

Surprising, while the majority of people there agree the behavior is slightly sleazy, most admit they have done the exact same thing.

“Online dating is a numbers game,” one guy said.

Another noted, “I’ll send out 20 messages and only get one response. You stop personally crafting messages after the first week.”

I could not find anyone at this party who did not have some sort of dating profile, Tinder or otherwise.

Everyone had a story to tell about the app.

Some people had seen their TAs on it or a friend’s significant other. One woman met her boyfriend on Tinder.

Another had matched with a famous model.

The fascination with the app was mind-blowingly ubiquitous.

This fiasco happened just a week after a friend of mine, Alyssa*, went on a spectacularly awful Tinder date.

His name was AJ*.

They met up at a sports bar for a beer on a Monday night.

Within the first five minutes, AJ had laid out his life for Alyssa.

He counted on his fingers and said, “Get money! Get laid! Become a manager at JP Morgan!"

"Five-year plan? Get money! Get laid! Get married!”

AJ followed this statement off with a wink.

He then proceeded to brag he had never opened a book during college and had gotten his cushy banking job through family connections.

He called women “emotional” and asked the waitress if she was on her period.

Alyssa wondered if she was on a reality TV show.

Looking back, though, Alyssa seemed most disturbed by the fact she had chosen this guy at all, and that she had messaged him first.

“I’m so picky!” she told me. “I hardly ever swipe right to anyone.”

Alyssa put her hands on her head.

“How the hell did I pick — out of everyone — the most awful person on the app?”

AJ looks like an athletic guy who likes drinking and his dog.

He doesn’t have any archetypical "jerk" indicators: no shirtless pictures, mirror selfies or gratuitous flexing.

In one picture, he actually holds (no joke) "Infinite Jest." He's definitely not your typical player.

I guess to no one’s surprise, six pictures and a blurb can be misleading.

It’s just laughably easy to curate a profile in a certain way.

Add one picture of you hiking, and suddenly, you’re outdoorsy.

Add a photo of you at a party, and suddenly, you're a social butterfly.

We piece together stories and personalities for everyone we see online based on the smallest cues.

But in person, you never really know what you're going to get.

Last summer, I met someone off OkCupid.

Jacob* fulfilled every desire of mine in the weird interests, attractiveness and partialness to metal department.

He was a well-read feminist, and he had a great sense of humor.

On paper, he was perfect.

But in person, there was just something missing.

There was absolutely no spark.

I tried to pursue a platonic friendship with him, but we only knew each other in this weird, pseudo-romantic context.

We had met on a dating app.

Trying to be buddies felt awkward and mean.

There is obviously no representative online dating experience.

But my relationship with Jacob drastically changed the way I went about OkCupid.

I had only ever looked for people with similar taste in music and movies.

But clearly, that did not guarantee attraction.

I was being too critical, but what was I supposed to look for then?

Both Anne and Alyssa, in the aftermath of the "Tinder Apocalypse," have set some new boundaries.

Anne has vowed to show some assertiveness.

She will send messages, rather than wait for them.

Alyssa, meanwhile, has sworn off the app.

“Oh no. I’ll never meet someone off it again,” she declared to me resolutely.

She recently reconnected with a friend of a friend, and they’ve planned a coffee date for next week.

My roommate has since gone on a few more Tinder dates, but nothing has stuck.

I downloaded the app only a few months ago.

The first day I went on, I saw my ex-boyfriend.

We had broken up only a few weeks prior.

I swiped left automatically, but now, I wish I had looked at his profile.

Did his curated online persona match his real one? Does mine?

I still worry I'm hyper-critical or jaded, or that I extrapolate too much based on small things in people’s profiles.

I barely ever swipe right.

But maybe I should open myself up more.

Clearly, as Anne and Alyssa have found out, profiles can be misleading.

Maybe I should swipe right to that clean cut, polo-filled selfie.

The guy in that photo might just surprise me.