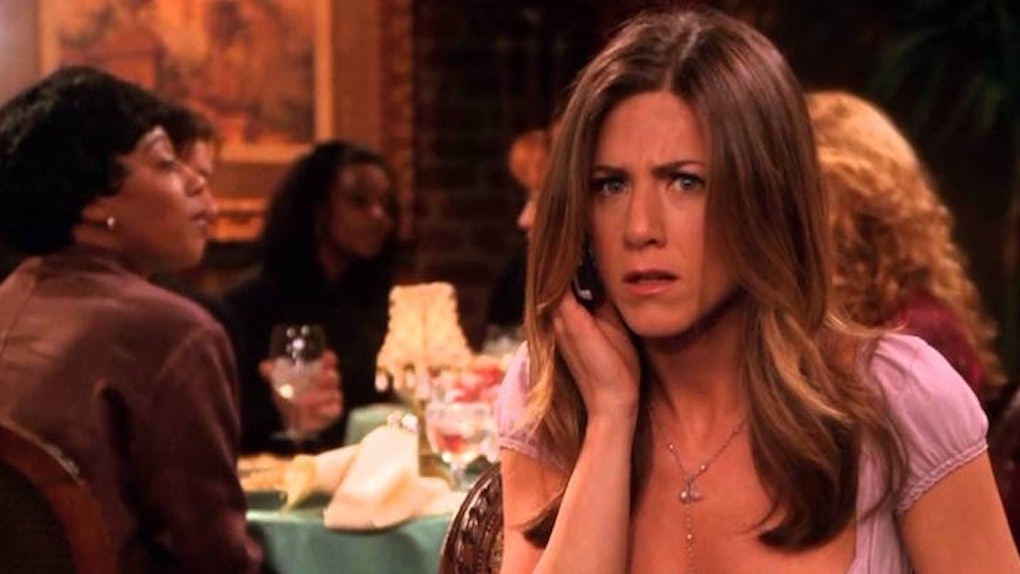 What To Do When You're On A Date, But Don't Want Him To Ask You On Another

I've been on my fair share of horrible dates. Around 99 percent of them were spent feigning interest in the latest call of duty, or learning about how some guys make their livings off playing professional beer pong. (Still confused by how that's a thing.)

Despite how over-the-top, exaggerated and disinterested I acted, these guys typically asked me out on a second date. (Believe me, these guys probably just wanted a relationship because I'm really not that interesting.) So now, I've learned to have fun with bad dates that are doomed right from the start.

Here is my list of ways you can get out of an awkward dinner when you're totally not feeling it:

1. Tell him about all of your worst traits.

I once told a guy I was still in love with my ex-boyfriend, believed in ghosts, saw one at a cemetery and was in debt up to my eyeballs. Still, he was like, "OK, when do you want to go out again?" So I guess this won't work for every guy, but hopefully your date will be able to take a hint.

2. Talk about your breakup with your best friend.

I went out on this date about four months after me and my best friend ended our friendship. So, I was sure to tell the entire story. I explained how she was so at fault, and how upset I was because I missed her despite it all. He never called me back for a second date.

3. Tell him how many kids you want.

Also tell him how you want to get married because all your other friends are tying the knot right now. Tell him you're open to his opinions on names, as long as you get to name one of your sons Andrew. (And you won't settle for Andy.) It's good to always give your date the idea of the timeline before the entrees arrive.

4. Talk about nothing but the Kardashians.

Tell your date who you like, who you think is terrible, your personal reviews of "I Am Cait" and how you really hope Khloe and Lamar can work it out because they belong together. Then, give him a play-by-play on last week's episode, and ask him what he thinks about it.

5. Yell at someone who's serving you.

It doesn't matter if it's the doorman, waiter or barista. Be sure to tell the person how slow he or she is, and that you demand service promptly because, "Don't you know who I am?" Obviously you're not like this in real life, but he'll be sure to never ask out someone this rude ever again.

6. Talk incessantly about your ex.

Talk about his quirks, how he was in bed and how well he treated you. If you're really not feeling the date, compare the guy you're out to dinner with to your ex. It'll be sure to turn him off of you completely.

Actually, on second thought, asking is overrated. Just go in there and steal his fries, drink his whiskey and be sure to wipe the frosting from his cupcake off with your finger. He'll love how forthcoming you are. Plus, it's only a matter of time before your stealing his shirts or using his toothbrush, anyway.

If you're with a guy whom you know you aren't attracted to for whatever reason, sit tight and be polite. Then, you can text him afterward and say you don't see it going anywhere. Remember honesty is always the best policy, even if talking about the Kardashians for 45 minutes is highly entertaining for you.