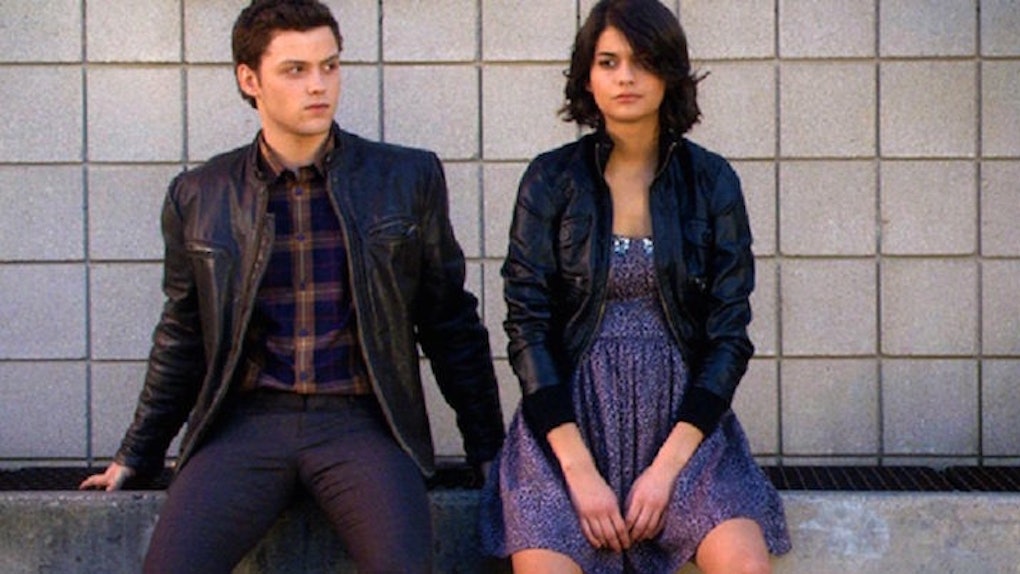 Gray Area: Why You Should Move On From The Guy Who's Just Not For You

The story always starts the same:

“He hasn’t really reached out to me in the last couple of days, but…

…he’s been so busy with work.

…he’s training for a marathon, so he’s probably exhausted.

…his mom is coming into town next week, so I bet he is preparing for that.”

Women tell themselves and/or their friends various versions of this story when the guys they are dating are behaving in a less than stellar manner.

There has to be a logical explanation besides “he’s just not that into me,” right?

The brain is a funny thing. It can create something out of nothing, and lead one to believe all kinds of wacky stories and lies. It can ruin a good thing, and it can also keep you hanging onto something when there is nothing there.

When you are thirsting to be with someone, you will bend over backwards trying to justify sh*tty behavior. Every week of silence, every cancelled date and every disappointment will somehow be manipulated in our brains to be "not that bad."

And the weird thing is, the more they brush us off, the more we want to be with them. But it’s not out of love or desire; it’s out of desperation.

I feel as though I'm an expert on this subject because I have spent almost the entirety of my 20s chasing after guys who didn’t really want me. They wanted me, but not really. They wanted me enough to keep me around and hanging on, but not enough to actually be in relationships with me.

It's because they just weren’t that into me. It's as simple as that.

The reason a guy just isn’t that into you doesn’t have to be analyzed to death, even though we want to. Women will make up all kinds of deeply intricate reasons for their star-crossed love:

“He has so much going on right now.”

“He has an emotional wall up, but we’re working on it.”

So many people in this life are going to make you feel rejected, and as though you’re not good enough. Why go through that cycle with the person you’re dating?

Don’t you want to be with someone who never makes you question things, who screams he’s into you from the mountaintops and who makes you feel f*cking special and loved in every way?

Yeah, I know, the situation with your guy is different. It’s complicated. I get it. I’ve been there, too.

And sometimes, it really is super complicated. But deep down in your heart, you know if that’s the truth or an excuse.

I made up every excuse in the book for sh*tty behavior:

“He slept with someone else, but we aren’t really exclusive, so he's allowed.”

“I didn’t make a big deal about my birthday this year, so his 'HBD' text at 10 pm was totally fine with me.”

“We do Netflix and chill a lot, but he did take me out for drinks once or twice at the beginning.”

I craved the heartache. It made me feel alive. But now that I know that’s not how it’s supposed to be, I laugh knowing I excused all of the above. When it comes to love (or infatuation we believe to be love), our hearts can take a sh*t in our brains and make all logic go out the window.

The guys who treated me that way weren’t bad guys; they just weren’t my guys. The wrong one will be wrong for you on purpose, and he will try to steer you away from him.

This is genius, except for the fact we love to ignore the blatant signs. They keep showing us who these guys are, yet we continue to try and mold them into whatever fantasies we have built up in our brains.

You deserve better, and you know it. A gray area is bullsh*t. No one who isn’t in denial will accept that.

I can’t believe I wasted almost six years on two men, back to back like that. I decided to stay in a state of ignorance, and I was consistently unhappy.

It put me in this cycle of need and yearning for closeness and attention that led to accepting mostly just sex from them. Most guys who are getting easy sex aren’t going to cut it off, so it’s probably going to be up to you to end it.

I’m going to repeat the main point here: He isn’t a bad guy; he’s just not your guy.

The guy you called a f*ckboy for not calling you back will turn around and treat another girl like gold. That's because she is who he wants. Wait for the guy who does the same for you.

If he’s not clearing space in his schedule to make time to see you, he isn’t the one.

If he’s not worshipping your body, kissing you on the forehead and holding your hand, he needs the boot. If he's constantly making you feel starved for attention, anxious or like an afterthought, then move on.

There are guys out there who will bend over backwards to make you happy. Trust in that.

Women love to hate on Millennial men, say love is dead and proclaim men aren’t enthusiastic or romantic anymore. That is true, if you are with the wrong person. Date the person who really wants you and makes a full effort, and your mind will be changed.

The only way you can find that out is if you find the courage to let go of the one who isn’t.