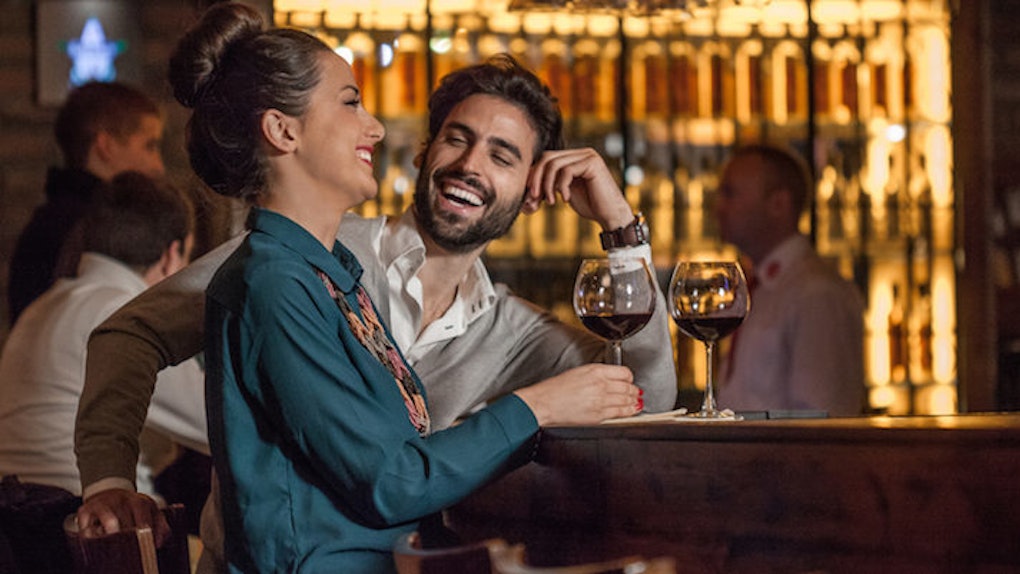 How Not To Be A Creep When Approaching Women

There's no good way to get a girl to talk to you, but there's definitely a wrong way, and it all boils down to whether you're being respectful or not.

Men have yet to realize yelling across the street, grabbing girls to dance (Why can't you just ask?) and harassing girls in public aren't going to get them dates -- or even a phone number at that.

If you've been having too much trouble in the dating world, I've got some radical advice for you: Try treating women like people.

And that starts with changing the way you're approaching women entirely. Try these tips instead:

1. Apologize if you're interrupting her day.

If you're approaching a female -- whether on the street, in a bar, at a store, or in a restaurant -- you're interrupting whatever she's doing. Take into account the radical idea that women are people first.

Take into account the radical idea that women are people first.

That means they may be running late already, on their way somewhere or they just simply don't have the time to talk to you.

No one needs to justify to you, a total stranger, why they don't want to talk to you. Understand there is no obligation to talk to you. But, a simple realization of this is nice.

If your apology is met with, "Sorry, I'm in a rush," or any other indication they don't want to speak to you, then apologize for bothering them and move on. Don't keep trying if it's been made clear your attention isn't wanted.

2. Introduce yourself so she knows who you are.

I'm always shocked at the amount of guys that fail to do this. Don't launch into whatever speech you have planned before at least telling the person you're trying to talk to who you are.

3. Ask what her name is and take an interest in her.

Again, doesn't it seem a bit silly to ask someone out without even knowing their name?

This goes back to realizing women are people and not objects or things. Try to remember you're talking to a stranger who's already trying to figure out what your deal is and if it's safe to talk to. It's important they know who you are.

4. Introduce yourself with a handshake.

Handshakes are professional, respectful and generally unlikely to offend. They work well in all circumstances, whether at a bar, concerts, store etc.

5. Be wary of giving compliments.

The easiest way to make a girl uncomfortable is by commenting on her body and/or how beautiful/pretty she is. So don't do it. If you want to compliment her shoes or phone case go for it, but her body isn't for your personal pleasure or comment.

Her body isn't for your personal pleasure.

Now remember, you can't buy up too much of this woman's time. She's a person with a life to get to.

So ask for her number or ask her out on a date... whatever your move is, ask first. Be specific. Don't ask to "hang out some time," I assure you she's already had enough of that BS in her life.

If you don't want to creep her out by asking for her phone number then try asking for her business card, or, better yet, give her yours and let her decide whether she wants to talk to you.

Also, it's key to note: If she agrees to give you her number or to go on a date, she's not obligated to actually go on that date with you or answer your calls/texts.

At any point while trying to talk to a woman, you might be faced with rejection. It might happen immediately or it might happen toward the end, but if she says no, don't be mean or rude about it.

Don't plead or beg. Don't make this woman feel guilty in any way, shape or form because she didn't even ask to talk to you in the first place -- that was all on you.

Just tell her it was nice to meet her and be on your merry way. Rejection doesn't feel good, but that's a part of life.

Your womanizer ways may have worked in college, but, in the real world, respect is the only option that might actually get you somewhere.