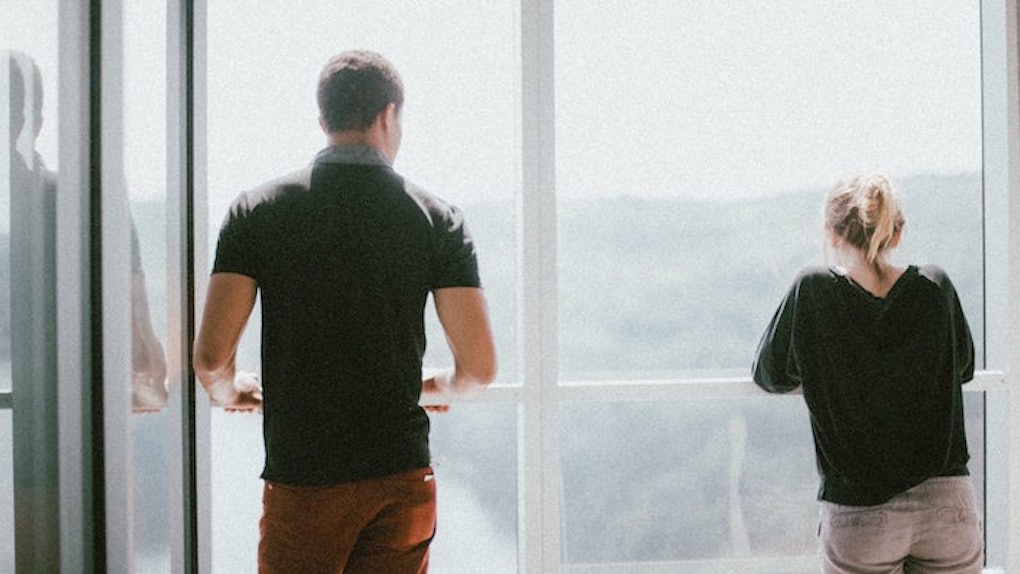 How To Tell If You're Moving In Too Soon

When I first met my fiancé, I was living in a one-bedroom apartment with my best friend on a tiny leather couch in her living room.

I know, it doesn't sound like I had my shit together, but I was only 22. Cut me some slack.

My fiancé and I were together for a little more than a month before we made the decision to move in together. That's definitely a shock to some people, and you're entitled to your own opinion, but it just felt right.

We're getting married next year, so it just goes to show, if it feels right in your gut, you need to follow it.

We talked about living together as a joke because he would come over literally every single night and drive almost an hour to my friend's house.

It wasn't convenient, but we made it happen.

It got to the point where we just didn't want to be apart anymore. We wanted to wake up next to each other every single morning.

And yes, it wasn't exactly convenient to have two people sleeping together on a couch in my best friend's living room.

Neither of us had really ever lived with a boyfriend or girlfriend before, so I was nervous about making this huge commitment.

Going from getting ready separately and not seeing each other every second of the day to moving in — whoa. It was definitely scary to someone like me who couldn't even commit to what I wanted for lunch most of the time.

All I knew was I loved being around him. I was comfortable with him. I didn't ever have to be someone I wasn't.

People move in together all the time, but a lot of people aren't ready for it, and they don't realize that until it's too late.

But you have to do it to find out whether or not it's right for you.

Feeling scared or nervous is OK. It's something new — a step forward.

Things in life will sometimes scare us, but we'll still choose to do them.

Moving in with someone is a change just like switching jobs, graduating college when you still have no clue what you want to do and getting married.

We still do all of those things. Why? Because they're steps forward — steps we'll eventually have to take.

Moving in with my boyfriend at the time was the best decision we've ever made. The timing was right because we were ready to see where life was going to take us together.

It was a good test for us to figure the other out. We quickly learned each other's imperfections, like how I wake him up in the middle of the night when I can't sleep and he leaves his clothes all over the floor.

Living together teaches you to grow in so many ways. It teaches you responsibility, patience, how to manage and split bills and how to not be selfish.

When you live with someone it's not just about you anymore. It's about them, too.

If you've ever lived with an SO you'll agree you also have to learn how to compromise. (Two years later, I'm still learning this.)

If you can't imagine not waking up to your SO every morning, moving in with them is 100 percent the right thing to do. The best feeling in the world is coming home to someone who loves you unconditionally and is always happy to see you.

If it feels right, do it. Don't let society dissuade you from following your instinct. You'll never know what can come from just moving in together.