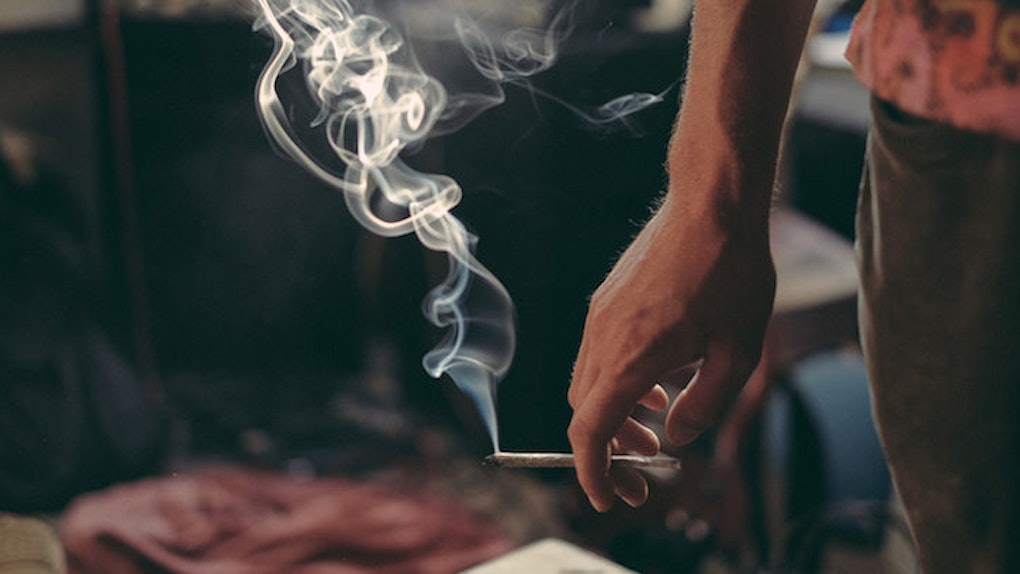 My Ex Chose Getting High Over Me: How Addiction Ruins Relationships

Sometimes, relationships get to a point where the bad outweigh the good, by a lot.

In my past relationship, all I can remember is the constant fighting, jealousy and late nights spent by myself crying.

I should have been able to predict what kind of a relationship would come out of meeting someone at a party in high school, but I was love-struck. Nothing else mattered.

I can’t say my past relationship was all miserable because I would be lying. I also would be lying if I said my ex was a bad person.

He isn’t to blame, but his heavy use of drugs is at fault. At first, however, I didn’t really mind it.

He could never be sober; his mind was always altered in some way, shape or form.

I never understood why we couldn’t spend a night just lying around, without him having to get high first. This didn’t come across as a warning sign, though, and I never thought it could get worse.

When I moved away for college, his drug use became heavier; he wasn’t just constantly smoking marijuana anymore.

He turned to hallucinogens and prescription pills. Before my eyes, he became a different person. The drugs almost made him bipolar.

He would either express little to no emotion, or he would turn into a scary monster, wanting to destroy everything in his path.

He would get so high to the point where nothing could bring him down. He thought he was invincible on drugs, and every time I expressed concern, it resulted in an argument.

Our fights went from him punching holes in the wall to hugging me and begging for forgiveness.

I don’t care what people say because drugs do change people; I have witnessed it. We have all tried our fair share of drugs, but once they stop working as easily and dosages have to increase, you realize they can affect a person in ways you never thought they would.

I noticed a change in his emotions, actions, thoughts and even appearance. Eventually, he started lying about his drug use, which led to him lying about everything else as well.

I became paranoid because I never knew where he was or what he was doing.

But, I was in love; I was vulnerable and forgiving.

My ex spent a lot of his time in and out of jail and different types of rehab.

This resulted in my dramatic weight loss and severe depression. I lost the majority of my friends, and I spent most of my weekends driving many miles to go see him.

I wasn’t the same person anymore because I lost myself trying to save someone else.

We spent a lot of our time together talking through a glass window for half an hour, and paying insane amounts of money to only hear each other's voices for a couple of minutes.

It was hard on me, but I still felt like I was doing the right thing by being there for someone who had lost everything.

Every conversation ended in uncontrollable crying. I didn’t even feel like I was in a relationship anymore; instead, I felt like his mother.

During visitor hours at the corrections facility, I met many different types of people. I met a mother and father who would come visit their son, who was arrested for possession of drugs.

There was another girlfriend there every day to visit her long-term boyfriend, who was charged with selling drugs.

But what affected me the most was watching young children walk through gates and security to visit their parents.

These poor kids had 30 minutes to tell their dads about what they’re learning in school, and what they did with their friends over the weekend.

Watching that, I realized I never wanted my kids to have a life like theirs.

These children were so young and clueless; they had no idea why they couldn’t run up to their dads with open arms.

Finally, I realized all of it wasn’t worth it anymore. I knew I was lost, and I had to put myself first from that moment on.

I worked too hard for my education, money and success to waste it on someone else.

I was getting older, and I was already halfway through college, with hardly any memories to look back on. My ex was like a ticking time bomb to which I happened to be chained.

I ran out of people to talk to, and he wasn’t there to hold me and tell me it would all be okay.

It was one of the hardest, yet best decisions I have ever made, for the both of us. Leaving him and moving on wasn’t easy, but I stayed positive because I knew it was necessary.

I am still working and am in school, and he has grown up a lot in the past year, too. He finally has a stable job and is off probation. For the most part, he stays away from drugs.

He lost the person who stayed by his side through all of his extreme ups and downs, and that is when he finally realized he needed to change his life.

Many casual drug users don’t realize they have a problem, until it’s too late.

When they do get help, they turn back to their old ways because they don’t have enough willpower or a strong support system to help them cope.

I wanted to stay by my ex’s side, and I wished I could have been the person who saved him. I felt selfish, but sometimes, you realize people have to save themselves.

We learn and grow from our own mistakes. That is how we experience life and become the people we want to be.

We’re both happier people now, even though we aren’t together. Eventually, we can become friends, but I know that will take time.

If you or someone you know is struggling with addiction, please do not hesitate to seek help. Call the Substance Abuse and Mental Health Services Administration at 1-800-662-HELP (4357), or visit the online treatment locators.