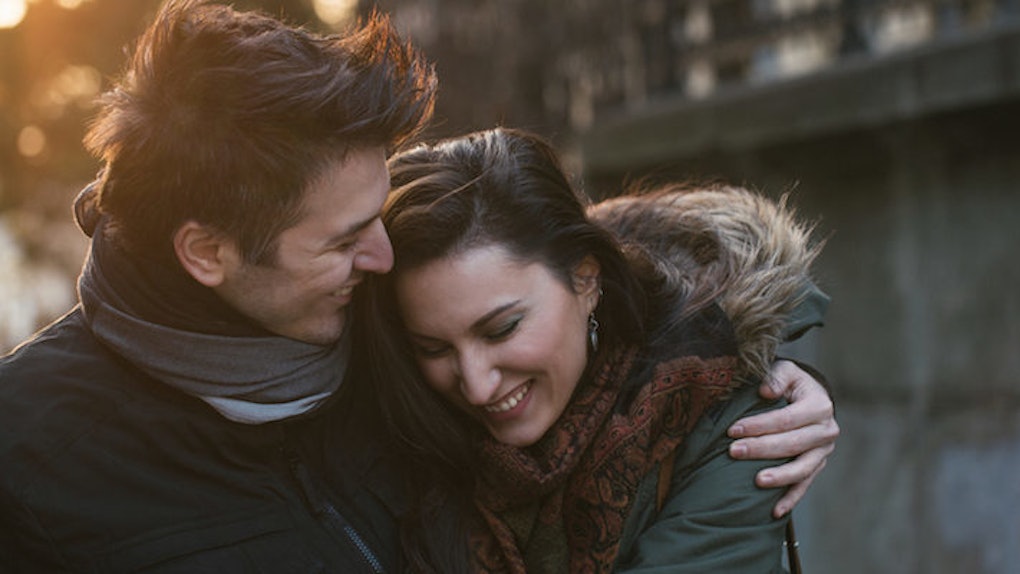 What You Experience The Exact Moment You Realize You're In Love

Recently, I realized I fell in love.

I can’t help but shrivel up inside and prepare for an anxiety attack when I type out those words. However, when I read a beautifully written piece about love in The New York Times, I knew it was certifiably true.

In her piece, “Swearing Off the Modern Men,” Jochebed Smith described her post-breakup experience. She explained she wasn't experiencing classic heartache like her other relationships, but instead, she was inevitably, utterly heartbroken. She was so painfully broken that it almost increased her ability to feel alive.

As Smith went on describing all of this, I related and felt everything she wrote in my own chest. Then, all of a sudden, her words manifested into an abrupt reality as I read:

It occurred to me then, in the trenches of my blankets, enveloped by Netflix and surrounded by bunched clouds of Kleenex, that this was love.

Granted, you can’t always believe everything you read or take someone’s experiences as your own, but is that not what sharing our stories is about? It's about ability to perfectly capture through words, pictures, films or sounds the experiences we can only feel in our hearts.

It is because of this short piece, I’ve had this weird, uncomfortable, lukewarm feeling in the bottom of my stomach that I now know to perceive as “love.”

I've decided love is like the friend nobody likes, showing up to parties perpetually uninvited. Maybe that’s what love does best: catches us off guard in the times and places we never imagined.

For me, this unsuspecting place was absent of an actual relationship. While I loved my ex-boyfriend, I was never truly in love with him, and frankly, I didn’t realize this until I fell in love with someone else. I was then able to comprehend the feelings were worlds apart.

With all of this happening in my head and all these feelings running around, I wondered when other people were able to figure this out. When do we know we’re in love with someone? It can’t be one event, but maybe it’s one conglomeration of feelings or experiences.

For years, throughout literature, science, psychology and more, we have constantly searched for the meaning behind “what it means to be in love,” and when we know it to be true.

It is the Antarctic of the human experience, richly feeding the oceans of our emotions, yet somehow remaining elusive and unknown.

In my attempt to make sense of both life and my feelings about all of it, I turned to research. Thanks to Google, I was able to capture a handful of anonymous responses of people describing when they knew they were in love.

In addition to many studies and articles, here are some of the conclusions I drew:

As you can see in the video below, even the thought of love leaves us speechless. Likewise, when many of us realize we’re in love or we’ve fallen in love, we are at a loss of words.

Notice how many participants are utterly stuck, and how many look stunned, emotional and elated, all at the prospect of being asked to define "love."

Okay, this sounds clichéd as hell, but there seems to be a common thread between people offering their hands and quickly thinking of love. One respondent wrote:

Walking down 8th Street between A and B, he reached back to hold my hand. I knew he would always be there for me, and vice versa.

Funny enough, I experienced a similar moment with a boyfriend in college. After he reached his hand back to hold mine, I felt inspired enough to write a poem.

Yes, there is the physicality of our nerve endings and such, but I presume there has to be a stronger psychological impact.

People physically meet their partners halfway, and holding hands feels like a commitment between two people, even just for the time being. Whether we are sleeping, walking or having sex, holding hands fiercely bonds us.

I knew we were in love because as we began talking about our future, it was clear that we shared the same goals and had the same core values.

Talking about the future is important because in all honesty, it helps us figure out if these people will fit in it. We might not be planning out the details to our wedding, but once we can't picture the future without our partners, that's usually all it takes.

Whether on their own or with the people they hope to build futures with, many people think of family in these moments. One person wrote:

I realized that if I ever had a son, I wanted him to grow up be just like him.

Apart from some Freudian crap, many of us tend to be attracted to people who remind us of our mothers and fathers. It's for this same reason our family structures, and parents' own relationships, have such grave impacts on us and our own love lives.

We often confuse time and love. Love runs on its own path, its own schedule. Sometimes, there won’t be just one moment we realize it exists. There is no set amount of time required or needed to be in love, as one respondent writes:

In former relationships, I had almost decided at what point I fell in love with that person, rather than letting myself feel it. I thought, 'We've been together for a while, I guess that means I love you,’ or ‘You love me? Oh, I love you, too. I think.’

This time around is very, very different. I can't recall a time or a place when I first realized it, or let myself consciously admit to it. It felt like all of the sudden, out of nowhere, I couldn't imagine my life without him next to me.

In other experiences, it doesn't take time to fall in love, but to realize we’re in it:

I knew I was in love when we were no longer together, and there wasn't anyone I could see myself with except for him.

When we first fall in love, it's not something we have to force; it just happens. When we really love people, we truly want the best for them, whether we get to be with them in the end or not.

Admitting to ourselves we're in love isn't easy for everyone, but when it's real, I think there are large parts of us that grow to accept it. It's so incredible that we can't help but be grateful for its existence.

In my case, I felt it for a long time before I realized what it all meant. Time and time again, I didn’t want to admit what is was, either.

Sometimes, when we presume people don't feel the same or we doubt its existence for lack of logic, we choose to push it somewhere so deep down inside of us. We push it to a place we hope we’ll one day forget. But the truth is we’ll never forget.

Whether hopelessly in love or utterly heartbroken, as Maya Angelou said: