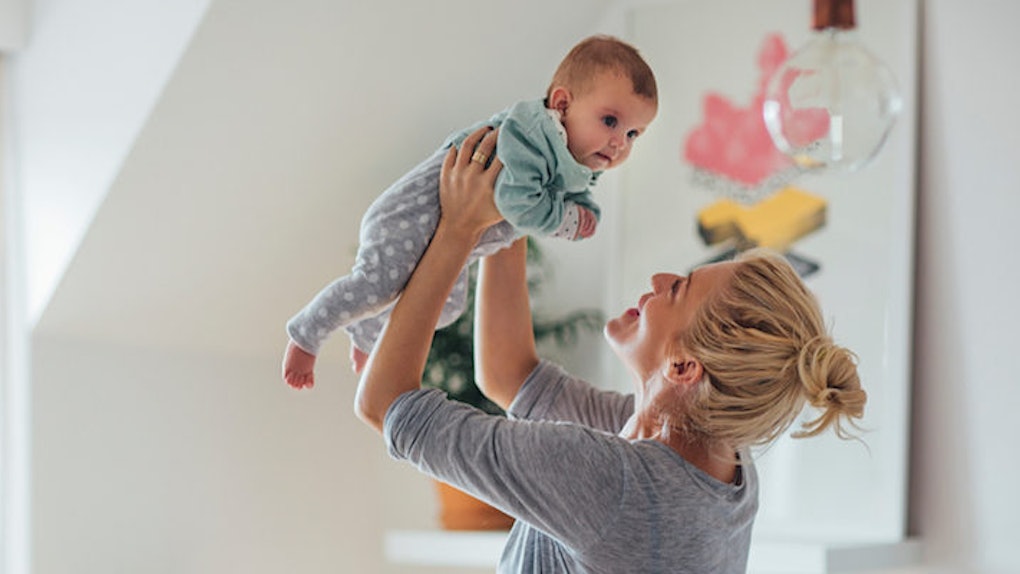 Millennial Parents Are Super Confident In Their Parenting Abilities

Because the Earth's population is growing rapidly, the way children are raised today, compared to previous generations, is a big topic of conversation.

Fifty-two percent of millennial parents believe they're doing an outstanding job taking care of their children, while only 43 percent of Gen-X parents and 41 percent of Baby Boomer parents feel the same, according to a 2015 Pew Research Center survey.

The numbers are even higher when looking at only women, with 57 percent feeling self-assured in their parenting skills, in comparison to 48 percent of Gen-X mothers and 41 percent of Boomer mothers.

They're not just regular moms, you guys. They're cool moms.

Fifty-eight percent of millennials have found parenting to be a "rewarding" experience, with another 52 percent finding it "enjoyable." In comparison, those numbers are lower when you take a look at Gen-X parents and Boomer parents, with pairings of 51 percent/39 percent to 46 percent/39 percent, respectively.

Support for these differences points to the fact that millennials are waiting until they're older to have children, so they're more likely to have younger children.

Perhaps maturity plays a big part in all of this. Given that millennials are waiting longer to have kids, perhaps they're better able to enjoy it because they're no longer children themselves.

Given that millennials are waiting longer to have kids, perhaps they're better able to enjoy it.

The Gen-X and Boomer generations could have spit out baby after baby during their early teen years, forcing themselves to grow up faster than millennials have had to.

Also, raising a child as a millennial is certainly much easier, given the technological advancements that have put parents at ease.

Whether you're buying toys meant to help your child learn more quickly or using organic, safe products to clean up after your child, everything nowadays aims to make parenting stress-free.

Not that I would know. I can barely lock down a boyfriend, let alone become a dad. That'll be a conversation for another day.