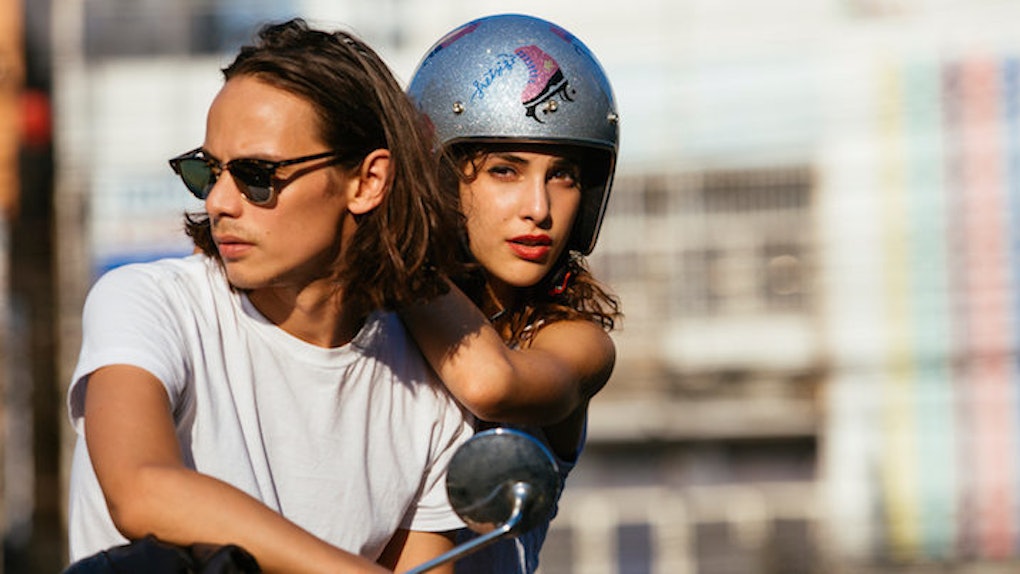 Put An End To It: Ladies, Men Are Only Assh*les Because It Works

“I think you would have been my last-ditch attempt at being nice to girls,” my boyfriend said, turning the page of his paperback.

“I’ve been turned down a lot for being nice. My friends always told me to just be an assh*le to get girls. Luckily, you were different. Girls never like nice guys.”

He was very matter-of-fact when he said this, like it was something everyone knew.

Growing up, all he'd ever heard was that "getting" girls meant being mean to them. His friends told him to make fun of the girls he was interested in; then, he'd score.

I've heard a variation of this -- that the best way to make a woman (or anyone) interested is to act like you're not.

It seems counter-intuitive, but it also sounds extremely familiar.

I’m suddenly drawn into a memory of James Curly on the playground in third grade. He used to pull my pigtails and chase me around the playground while he threw mud at me. I would scream and cry. I f*cking loved it. I loved it because I was told to love it.

Remember when our mothers said, "If he teases you, it means he likes you"? (Remember the playground scene -- which is eerily similar to my own -- from "He's Just Not That Into You"?)

Has much changed? We may have graduated from smocked dresses and silk bows, but we’re still drawn to the guy who’s mean to us. We're told that if he’s mean, it's not because he's actually mean. It's because he likes us!

Women go for guys who treat them like sh*t. We constantly say that we just want a nice guy who will take care of us, but we keep going for the dudes who treat us like utter crap.

The truth is, guys are assh*les to us because it works.

Look, I’m all for female unity in getting men to treat us right. We all deserve to be treated like princesses. But, in the end, a lot of us still don’t like the dudes who put us on a pedestal. The patriarchy tells us that the "bad boy" is sexy.

Even the nice guys are dicks, because they know they won’t get anywhere being themselves.

This is not our fault, because the patriarchy tells us to like men who are domineering and bullying. But boys are dumb. We know this. If we forgive them for their douchebaggery, then guess what? They're going to be rude to us.

You want proof that being an assh*le gets bitches? Look at the massive industry surrounding pickup artists. Look at books like “The Game.” Men are taught to mess with women’s heads, to screw with our self-esteem and, in doing so, draw us into their nets.

We need to stop letting them.

I'll describe a process called "negging." A guy sees a hot woman at the bar and approaches her. Does he offer to buy her a drink? No. He tells her that her nail polish is chipping. You wouldn’t think this would work, but it does.

This guy is pulling at the girl’s insecurities. She now wants to prove that she is good enough for him.

According to The New Statesman:

Negging, as it is called, is in essence a trick. The idea is to undermine a woman's confidence by making backhanded or snide remarks – give a compliment with one hand, and take away with the other. It is about control, putting the man in charge of the interaction by pushing the woman to earn his approval.

Somehow, this can work. If it didn’t yield results, men wouldn't use it.

We can’t say we want a nice guy if we’re not going to go for him.

The only thing that is going to make men stop behaving like utter f*cktards is to refuse to put up with their bullsh*t.

Men do this sh*t for one reason, and that's SEX. Men are simple, feral creatures. They will do whatever it takes and pull out any kind of behavior to get their dicks wet.

Ladies, we have to change the behavior by showing men that it doesn't work. It starts with us. We have the power in this situation.

Once we start demanding more -- once we decide to stop tolerating this -- we won't be treated badly any longer.

Women will change society, but only if we lay the rules.