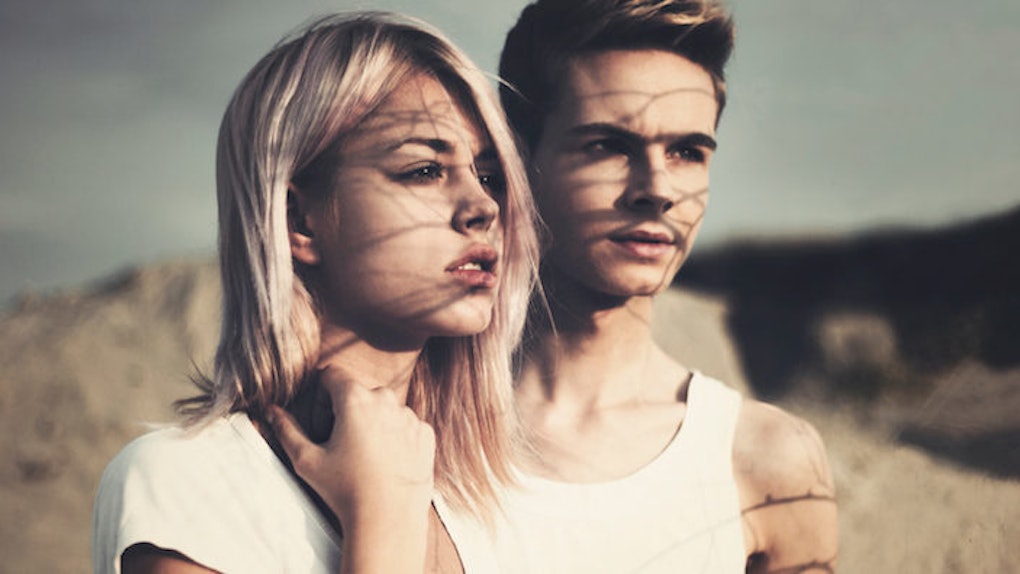 How To Know Your SO Is A Broken Soul, And What To Do

When my girlfriend and I got together, I quickly knew she was my one and only.

I had shared with her my deepest secrets and fears.

In a way, I guess that's how you know they're the one: When you can tell them the worst possible thing and yet they still choose to be with you.

But as days became weeks and months, I don't know if she realized what she was signing up for.

In my 29 years, I have experienced three strokes, entered rehab, walked a country, retired once and had a slew of hook ups.

In a way, many of these experiences were attempts to fix my broken soul.

A broken soul is someone who has undergone challenges but continues to thrive despite everything they've gone through.

1. They have feelings of inadequacy.

A broken soul will always feel they don't meet expectations. They'll feel like they aren't good or worthy enough.

Sometimes, they'll play off their success and compare themselves to others because they don't think they are enough or comparable.

One of the hardest things about loving a broken soul is sometimes they'll simply want to be alone.

This isn't because they don't love you or want to be with you. It is just sometimes there will be this dark cloud that looms over them and the only way they know how to deal with the darkness is to stay away.

I've been very fortunate to have a support system that understands that sometimes I'll just need to get off the grid and be alone.

3. They feel unworthy of being loved.

When I met my girlfriend, part of me felt she was out of my league, and I couldn't compete nor compare.

The worst part was I didn't think I could love her the way she was loving me.

I later realized this was a normal response for a broken soul.

Broken souls feel what's happened to them means they should be alone. It's not easy loving someone who feels unworthy of the love you're giving them.

Remember that a broken soul is like a child: Every word of encouragement and support goes a long way.

I grew up thinking crying was people who were weak.

Now, not so much.

Broken souls tend to be sensitive and can often take things literally. They will analyze and try to make sense of everything.

In a relationship, a broken soul can sometimes either retreat or overreact. It's part of the fact that they've experienced something and it's become their way of handling a situation.

People who've been through a lot are humbled and can often take on an almost child-like demeanor.

Broken souls know how much damaging words and actions can be. Like a big brother protecting their younger sibling, broken souls put everyone else before themselves.

Relationships are hard enough to navigate. They can get more complicated when the person you choose to be with has a past that has resulted in a broken soul.

Despite what they've gone through they'll be faithful, attentive and dedicate themselves to you no matter what.

I mean - how could I, a fellow broken soul, not want, appreciate the one person who brought me out of my dark clouds and into the light?