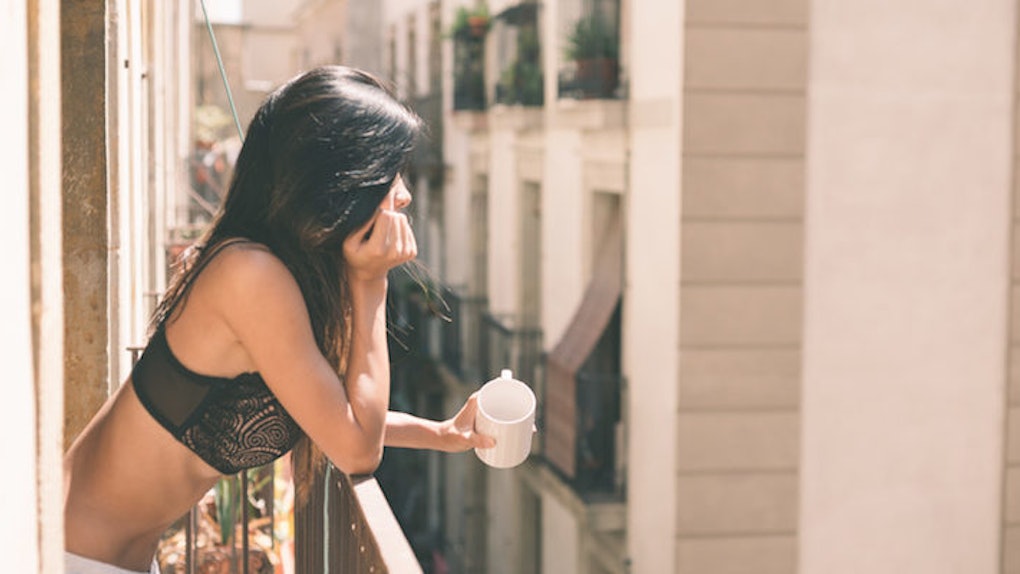 I Asked Millennials: What's The Longest You've Gone Without Having Sex?

There are a million and one things that make single life great. There’s the thrill in knowing no two nights will be the same. There’s having the time to figure out what you like and dislike. There’s not having to answer to someone -- ever, at any time (my personal favorite).

There are also a million and one things that make single life not-so-great. There’s the anxiety of not knowing when -- or if -- you’ll find "the one." There’s the abundance of poorly made, alcohol-infused decisions. There’s the fact that you don’t have a steady stream of sex (my personal least favorite).

I’ve been single for most of my young adulthood. What can I say? I haven’t met a guy who fulfills all of my expectations for a boyfriend. But the truest thing I can say is that you never know where, when or with whom you’re going to get laid.

Now, I’m a 25-year-old girl who has her needs. I’m one walking, raging hormone, and I can’t deny that I’m a bit of a horndog (c’mon, is that surprising?).

But it isn’t just my hoo-ha (which I christened "Princess Jasmine," if you want to know) telling me to find a sex life; it’s also our culture. I’m bombarded with pro-sex propaganda everywhere I go -- whether it's from sex toy advertisements, sex-position quizzes or PDA-ridden subway cars.

My sex life is so f*cking nonexistent that I once tried replacing human intimacy with Ben & Jerry’s, but I felt like Ben and Jerry were judging me, so I’ve now switched over to Winter Oreos. And when Winter Oreos get sick of me (which is bound to happen), I'll be right back at square one and feeling like an outsider for not having a sex life.

Because I look at my coupled friends and PDA-packing strangers and Cosmo quizzes telling me how to have the best sex of my life, and I feel like I'm missing out.

Good sex is very important to me. When I have a steady sex life, I'm generally less stressed, more focused and happier. It's not a validation thing; it's just that no matter how much I exercise, sleep or indulge in other anxiety-reducing methods, I don't quite get the distinct glow that I get post-coitus with a satisfying lover.

But seeing as I haven't had a steady boyfriend -- or even f*ck buddy -- in a while, I've lived a dry, sexless existence. I'm sad enough that my 20s haven't been as physically gratifying (for want of a better term) as I'd always imagined -- and it doesn't help that society makes me feel like a loser for going a while without the bang-bang.

So I got to thinking: If I'm having this problem, how many other single people are having it, too? How often are the rest of us getting laid? How do we feel about going long periods of time without getting the life pounded out of us?

Some women were not at all shy about how little they liked being abstinent: 24-year-old Bella put that number at "four to six weeks," and 25-year-old Gigi said: “Five or six months, ugh, worst time ever.”

When I asked these respondents about their reasons, 39 percent said that the choice was not wholly theirs. What was more common was that they couldn’t find a person they wanted to have sex with. Sixteen percent of respondents said it was their personal choice to abstain from sex.

The remaining 45 percent had other reasons: “baby born,” “loss of self-esteem after ending a relationship,” “celibacy” and the ever-so-candid “couldn’t close.”

It seems like distance, along with varying schedules and different lifestyles, plays a huge role in Millennials’ romantic relationships and sex lives.

Evan, who is 26 and currently in a relationship, has gone without sex for two months in the past two years. “[I] took some time for myself and then realized that my ‘game’ was terrible," he said. "Stupid dating apps."

Yeah, it isn’t easy out there.

As for the single folks? Well, when I asked them how often they put themselves out there for sex, an overwhelming 50 percent of respondents said they went out once in a while, but usually don’t expect to meet someone. Several noted they go out a lot, but that they don’t need to meet someone who is "steady." Scouting for romantic interests is neither their top priority nor sole motivation for going out.

C*, a 25-year-old woman, has gone three and a half months without sex in the past two years. She says, “I haven't found someone/I’m in med school and barely have free time, which I spend with my med class, since I'm still building those relationships, and I’m in a new city and don't know anyone.”

Christie*, a 23-year-old woman who is currently single, has gone six months without sex in the past two years. She says (no pun intended?), “No guys came my way!”

Christie's story is common. For a lot of Millennials, not having sex seems to result from a lack of opportunity and time.

Do I feel better about my own dry spell? I do indeed. Turns out people aren't having as much sex as the media makes us believe.

Hang in there, everyone.