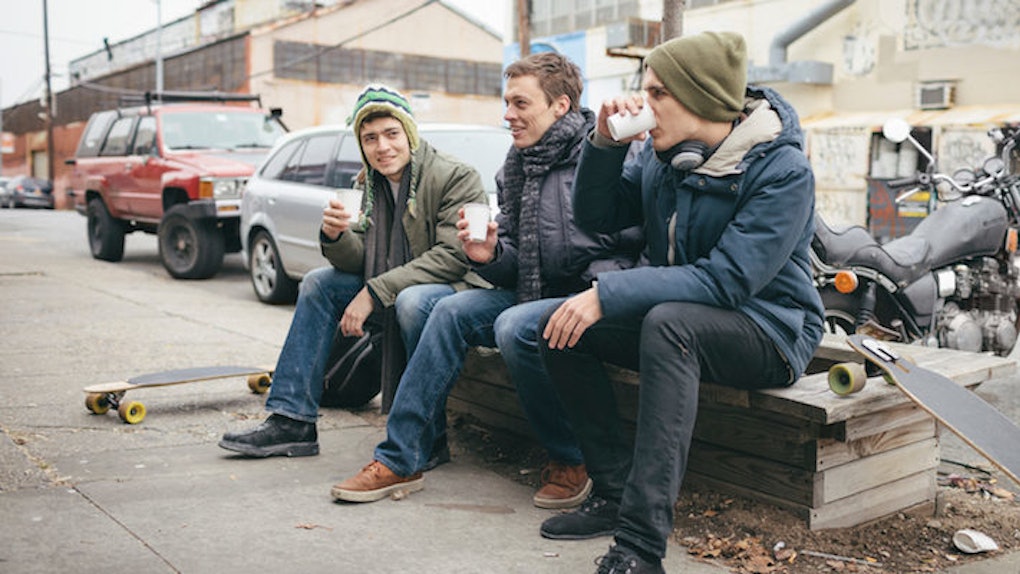 10 Reasons You Should Let Your Man Go On 'Man Dates'

I would like to preface this article by saying that I don't think you -- a wonderful girlfriend, I'm sure -- don't let your man go out with the guys. In fact, you probably do, and do so for the reasons below, it just hasn't really registered that these are the actual reasons you let your man go out for guys' night.

So in case you needed any additional explanation as to why you should give your man access to the peerless male-only event known as a "man date," take a look at the reasons below.

1. Because science says it's good for him

Men must physically meet with four friends, two times a week, in order to reap the benefits of male friendship. I'm not saying this to make a case for guys to get out a few times a week; science has actually determined this fact.

These so-called benefits, in addition to a better general health, include faster recovery times when faced with illness and even higher levels of generosity.

2. Because a night in alone has its advantages as well

Let's not pretend him having a night out doesn't benefit you as well. Why do you want him around all the time? Unless it's very early in the relationship, the cling-factor should slightly loosen up to where a night away from each other is actually quite nice.

Wouldn't you like to draw a nice warm bubble bath, pour yourself a generous glass of wine and indulge in the few hours of home alone-ness that him watching the game with his buddies affords you?

3. Because his friends will love you for it

All a guy's friend looks for in his buddy's girlfriend is that she doesn't totally steal his buddy away from him. He was friends with your boyfriend before your boyfriend was with you, but he understands that you taking time away from the bromance is inevitable.

That said, his buddies will appreciate you being OK with him leaving the household without you serving as his chaperone. As a man myself, let me tell you there are few things more fury-inducing than asking your buddies out and seeing them walk in with their girlfriends fastened to their sides unannounced. Like, why?

4. Because he'll appreciate you more

By letting him do something he wants to do (within reason, of course), he is further assured that he has met and settled down with the right woman.

5. Because then you're greenlit for girls' night

What's better than having him gone for guys' night? Girls' night! By granting him his weekly guys' nights, he can't say a thing about you going out with the gals.

And if he's a good guy, he wouldn't say anything anyway.

6. Because he'll be less of a grump at home

You know how he gets. When he hasn't been out in a while aside from work or the occasional grocery run, a man can become quite the miserable being who is seemingly stitched to the sofa.

When things get this bad, getting him out of the house is kind of all that matters. So encouraging guys' night at this point is a no-brainer.

7. Because academics insist it's important

Geoffrey Greif, a professor at the University of Maryland and author of "Buddy System: Understanding Male Friendships," told Men's Health that “some men feel more comfortable with other men than with women.”

He continues to say that, because a girlfriend may make more “emotional requests” of him, men feel like they can be themselves more around their male friends. (Personally, I don't find this to be true at all, but he's the expert!).

“Friendships help to provide what a partner cannot,” he says, adding that men require both romantic and fraternal relationships in their lives, and that the same goes for women.

8. Because men need to engage in manly discussion

Every couple has different interests outside of the relationship, and by giving your man the opportunity for guys' nights, he's able to explore these interests with like-minded dudes -- and you don't have to pretend to give a sh*t when he goes off about his fantasy football league.

For example, every Wednesday, I go to my buddy's place to chat and play some Mario Kart 64 -- because it's an absolute classic. She, on the other hand, grabs thai on Fridays with the ladies and gabs about how amazing her boyfriend is (I assume).

9. Because he can't say a thing about that bottle of wine you just destroyed

He's gone, you've uncorked a brand new bottle and have settled into some good old Netflix. Instead of hearing your man explain that "a glass of wine" doesn't constitute a glass that's filled to the rim, he will come home to an empty bottle and instead be glad that you had some fun while he was out with the boys.

Personally, I'm A-OK with my girlfriend helping herself to some wine; all I ask is that she share. At least that way we feel less guilty about killing a bottle of wine on a Wednesday.

10. Because it shows you trust him

To an insecure girlfriend, she might assume guys' nights consist of heading to the strip club, then going to a seedy rub-and-tug afterward. Trust is arguably the most important quality in a relationship, and by allowing your partner to go on these man dates, it shows you trust that he won't do anything you wouldn't approve of. And if you've found yourself the right man, he won't.

For instance, I have many single friends -- and some who aren't -- who enjoy going to the strip club the occasional weekend. Even though I opt out the majority of the time, my girlfriend understands that if I don't go, I won't see these guys much, and she doesn't want that.

As such, she trusts that I won't do a thing with these scantily-clad women -- which is a quality I can't appreciate enough in her -- and I don't. I sincerely don't. No paid-for backroom dalliance could or would compare to the love I have for her.