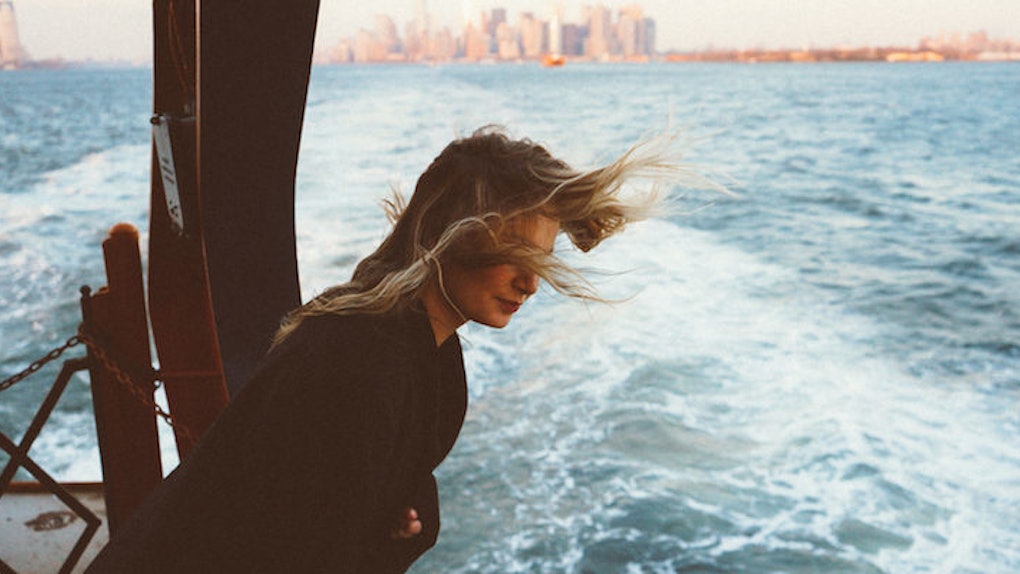 It's easy to leave someone when they've driven to your house with all your stuff and ask to break up. It's way harder though, to look them in the face and say you agree and believe it.

All of my family and some of my friends will just be finding out that I broke up with my boyfriend as they read this. I didn't want to make calls and hear the disappointment in their voices, that's not the response I need. What held the relationship together for a while was the expectation that we were together and should stay together.

This is not what a relationship is about. Staying true to yourself means you should constantly be changing yourself. Just because you've dressed a certain way your whole life doesn't mean you can't completely change your style one day if it feels right, and the same goes for your relationship.

A lot of friends I told have said, "I'm sorry." Why not "congratulations?" I'm getting out of a bad situation, so why is it assumed breaking up is a bad thing? Sympathy should feel more supportive than pity. I would have preferred an "I am here for you, how are you doing?" After all, no one died; I simply made a life decision.

I dated my now ex for over three years. We met in college and moved to the city separately to pursue our careers and each other. After we decided in person to break up, I sheepishly yet nostalgically said, "we had fun." He responded, "we had something."

Our relationship went most notably south last summer when I wanted a break from him. I felt like I wasn't getting the attention, respect and mental stimulation that I deserved, and began to feel disappointed. I was 24 and afraid I made a life choice too quickly at 21. I've seen people settle around me, and I didn't want to feel disappointed within a relationship for the rest of my life.

Instead of directly telling him how I felt, I started telling friends how I felt, and even convinced myself that I was starting to like someone else, who was totally not right for me. My ex and I had a trip planned to go overseas with his family, so I decided that would be the make or break for me. That time, it ended up saving us.

The trip made everything clear to me, and my worries about commitment melted away -- or so I told myself. I look back and realize how skewed it can be to evaluate your relationship in a family environment. You are surrounded by the dynamic you wish to create one day yourself, and everything appears a little easier. You see yourself in the family portrait and the familiarity feels comforting.

According to my Facebook feed, more people who stay where they grew up, or in another small town, tend to rush into marriage, whereas people who independently move to big cities wait longer. I think that's really telling of people's mind sets and priorities. Will you make do with what you have for the sake of love and family, or will you continue to grow through different experiences?

Months after our trip, my ex found text messages from the time I wanted to leave him, and he wanted to leave me that day. I begged him not to, and somehow got him to stay with me. For the next year I'd try to make it up to my bitter boyfriend.

I found myself taking pictures with him and saying he didn't look happy to be with me and I'd try to take another. I began to realize the only time I was hearing I love you was in response to when I said it. He was just going through the motions and I was trying to make do.

When he left me officially, the last thing he said was, "let me know if you ever need anything." I felt relieved I didn't have to depend on that empty promise anymore.

Just like it takes two people to put effort into a relationship, it takes two to decide its fate. I was putting everything in his court, swearing to stay devoted. But eventually, I stopped listening to how I felt. Our relationship became all about gaining his trust back, when I never stopped to think if I even wanted it all back.

I realized he'd been gone for a long time, and I had been dating myself for a while. I asked myself why I was still in the relationship. If I was the only one trying to make me happy, shouldn't I just be single?

I finally saw a therapist, and when I explained to her that I was a serial dater, hopping from one long-term boyfriend to another and always overly optimistic about my relationships, she told me it sounded more like I have co-dependency issues.

I'm 25, and the longest I've gone without being in a serious relationships is two months since freshman year of high school. I have never been on my own, and it's exciting and scary at the same time.

With this built up bitterness, we both suffered a lot of emotional abuse. It's a weird place to fall between both the victim and the villain. For a split second, sometimes I'll think I could have done something to save our relationship.

But then I remember I don't miss him; I miss the memory of him.

Loving someone who's moved on is like being nostalgic for the house you grew up in, but all your family has since moved out. You can try to visit, but you'll never be let back in. It will never be as warm and inviting as your home once was. And more likely than not, you're probably going to get yelled at for walking on someone else's lawn.

When he asked to break up and I said I wanted that too, at first I didn't believe myself. But now I am grateful I did; what's worse than not being in a relationship is being in half a relationship.

Thinking of three things helped me get me through the breakup. One is all the relationships I will now be able to invest more time and effort in. Many nights I'd skip out hanging out with my friends because I'd be having movie night or a family dinner with my boyfriend. Now I'm closer with some of my friends than I ever have been.

The third thing is I also don't need someone to tell me I'm beautiful and that I'm loved. I need to be able to tell myself that. For a while I was putting into a relationship what I so desperately needed out of it. Putting forth effort and compassion in a relationship just so you can receive it is a waste of time, and that's why I decided to date myself.

I'm not speaking as a recovered person; I am still very much learning how to not become dependent. But I think it's important to realize that being with someone isn't necessary.

If you can date yourself you'll never be lonely.