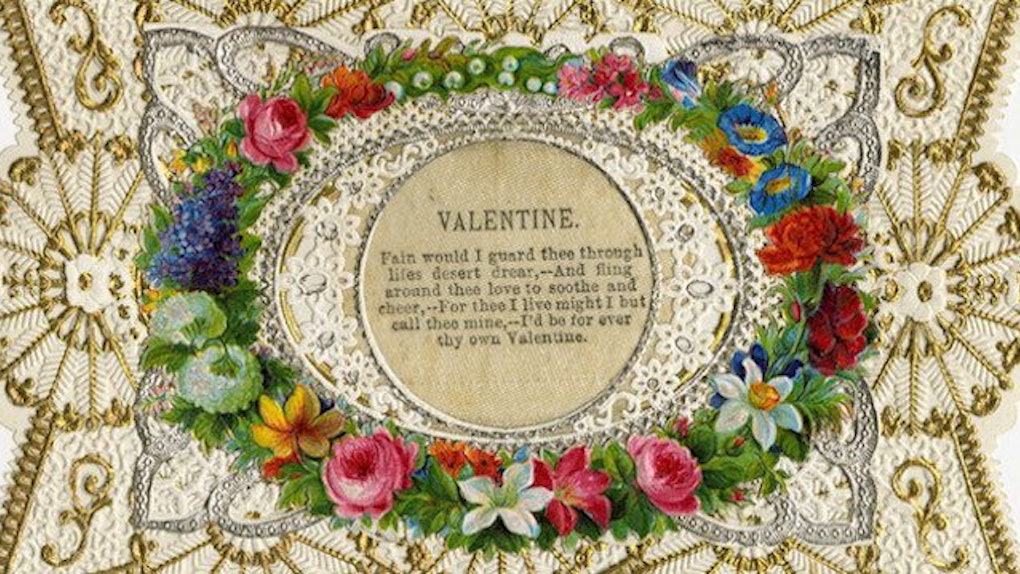 When I think of Valentine's Day, I think of pink, plastic hearts with red glitter, fishnet stockings, red lipstick, Champagne, one-night stands and waiting for messages from a douchebag who won't text you back.

However, if you were to venture back about a century, you'd find that good, old Valentine's Day was apparently an intensely romantic affair.

According to MailOnline, these stunning-as-hell cards were allegedly created by an unknown artist from Essex, and they're currently being put on display at Colchester Castle in England.

People would have been able to show their affection before these cards were made, but they gave people an acceptable way to do it. The Victorians were quite straight-laced in some ways and it was probably a big thing then as they couldn't show their affection all year round.

A lot of people nowadays discount Valentine's Day, but the Victorians were the first people to get into the full commercialised idea of it. Now we are where we are with cards in service stations.

According to Reeve, the exhibition appeals to how universal love is and how "love is an emotion that most people will experience at some time in their life."

These gorgeous works of Valentine's Day art were apparently never actually sent to lovers, but instead, they were hoarded away by the artist.

I mean, if I made something that pretty, I would struggle to give it away, too. Wouldn't you guys? Or maybe the artist was just shy? Still, these beautiful cards show just how much Valentine's Day meant to the people of this era.

Either way, I want one of these bad boys. After seeing these, wilted roses aren't going to cut it, baby. I want GOLD, romantic art.

Too bad I can't even get a text back, kittens. Le sigh.

Citations: Beautifully ornate VICTORIAN Valentine's Day cards reveal how people wooed their lovers in the 19th Century (and millennials could learn a thing or two) (MailOnline)