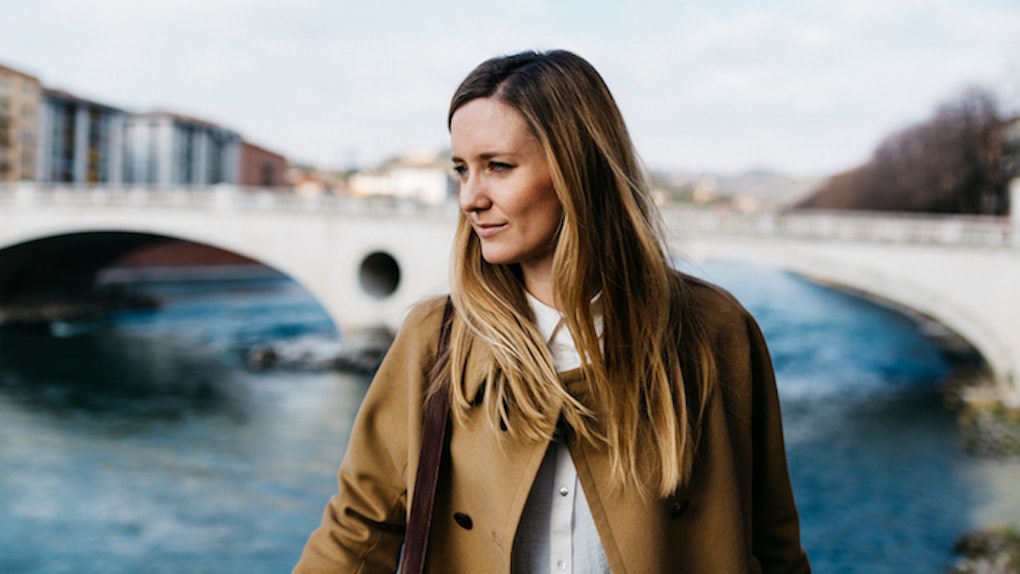 Am I In Love? This Is Why I Know I Was

Oh, love. It brings out the best in us, and it can also bring out the worst in us. It's something a lot of us crave, yet are scared to feel. Love is very confusing, to say the least, and what's worse is that it is completely different for everyone, so there's no way to tell someone else that what you feel is what they will feel also.

However, I will say that for myself, feeling something more than just a crush or liking someone did happen, and I knew it happened because I had never experienced or felt anything like it before.

Just like how any relationship starts, I used to talk to a guy that I got along very well with. He was really nice and caring and a very simple kind of person. He was someone who genuinely showed interest in what I had to say, and we always had a great time together -- even if we were just laying on the couch. We talked or met up almost every day and it just felt good being around him.

Weeks turned into months and before we knew it, we naturally just felt it was right to label us. Granted, I had pushed for it a little earlier, but I could tell he was a little hesitant. For me, I respected that and we agreed to see where our feelings would take us and if he was comfortable with it in the future, we could put a label on it.

So, here we were officially boyfriend and girlfriend! At this point, we had graduated college together and started looking for jobs. The only problem....our jobs were taking us to different cities.

We both moved to two major cities and life hit us both us at 100 mph. Through the stress, new lifestyle and new jobs, we pushed and supported each other being long distance. No doubt, even when I knew nobody around me, talking to him made me feel like everything was going to be just fine.

There was something about the way he spoke, always so calm and collected and it made me reassure myself that I could do this. At times when he was down I would do the same for him and we kept our balance.

Eventually, the long-distance took its toll on us and it affected our communication greatly. We were in two difference time zones. Our jobs were very different; our day-to-day routine was different.

Overall, it became an issue to try to even talk for a few minutes during the week. Any time we did get to catch up, we would always be tired or stressed and it just made it not motivate us to continue.

Well, the dreaded and awful day came when he realized this was not what he wanted. The distance was getting too much, and neither of us were prepared to move anytime soon for the other.

When the words slipped from his mouth over the phone, I could hear the hesitation and the shakiness in his voice. This was something neither of us wanted, but it needed to happen. We couldn't continue like this. We had to learn how to manage our own lives and find ourselves in the cities we were in before investing time in each other.

Everything he told me was right; I just didn't want to accept it.

In the coming months after the breakup, I would mentally tell myself I didn't need him. I was depressed, alone and struggling to find confidence.

Yet, any opportunity I tried to forget about him, something inside me would bring back memories of him. Moments of us together just sitting there watching a movie. Moments of him cooking with me or sitting on the beach together.

In all of my relationships in my past, it was never this hard to get over someone. I had relationships last longer than this one did, but why was this one so hard to move forward from? Why did it feel like a piece of me was missing or craving him?

Then it hit me. I loved him.

In my mind I didn't know it during our relationship, but my heart knew it. Mentally, I could tell myself that I didn't need him or I need to get him out of my head, but inside me, I couldn't.

When you find your first love, you never forget him.

There was that constant feeling (and it's still there today) that forgetting him would be like losing a part of me.

They say that when you find your first love, you never forget him.

Although you move on with your life and find someone new, your first will always be in the back of your mind. Unfortunately, I can say that this is true for me. I haven't met anyone new yet, but there isn't a day that goes by where I wonder if he's OK.

As creepy or weird this all sounds, I can only say to those that haven't felt this, you'll know what I mean when you meet your first.

Hopefully, your story ends better than mine, but just know that if he makes it feel like home, constantly gives you butterflies even after months and months and always curious to know more about you, he's a keeper.