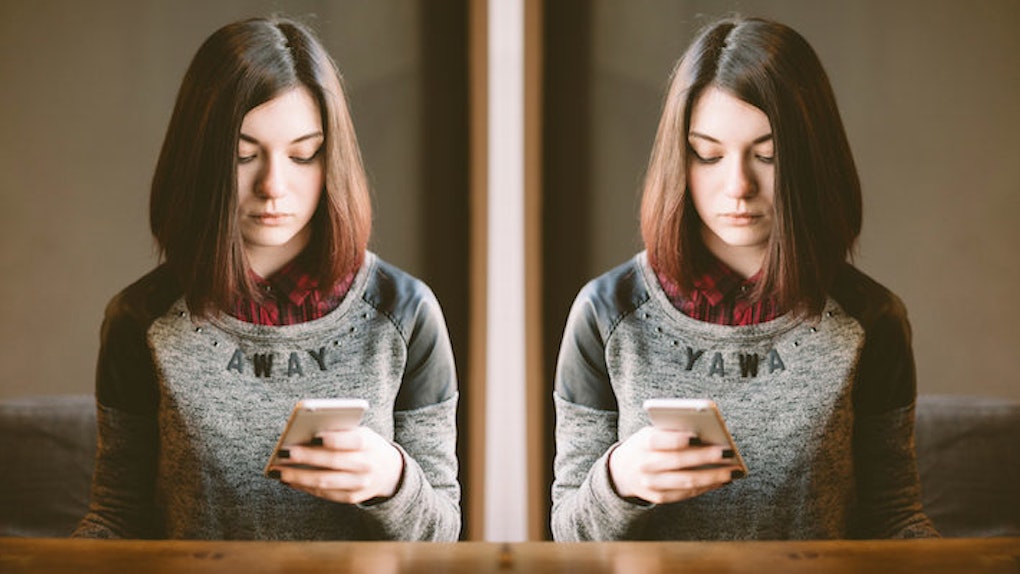 'I'll Text You Tomorrow': The 8 Stages Of Waiting To Hear From Him

That’s how you usually say goodbye to the guy you’re dating.

But what actually happens?

He never calls, he never texts and he never shows up.

What happens to our fragile state of mind? We start imploding, slowly.

And it’s not pretty.

Here are the phases of panic every girl goes through when waiting to hear from a guy, post-date.

We tell ourselves it’s too early anyway. We get things done before he calls.

We clean up our apartment, make some food, feed the cat, get some work done, take a shower and maybe go to the store and buy some things we need.

We’re pretty chill at this moment.

We start staring at our phones like they're Birkin bags we can’t afford.

We’ll charge our phones 10 times in two hours because we won’t turn the screens off, just in case he comes online.

We just stare at the screen and hold on for dear life. We also sometimes repeat mantras like, "please text me.”

We try to brainwash ourselves.

We believe he’s busy or his phone died.

We tell ourselves he’ll call later, even though we know he won’t.

We’ll tell ourselves it’s our fault. He didn’t call because we’re too weird or not weird enough.

He thinks those skinny jeans we were wearing the last time we saw each other didn’t help in any way.

We’ll start thinking we’re so stupid we believed him again. We're so gullible.

Yeah, it's kind of pathetic. But we can’t help but feel desperate.

Once we stop crying, we get mad again.

But this is a different kind of anger. It consumes us in such a way, we’re not able to control our actions.

We’ll text him to ask him why is he ignoring us.

We’ll start to give up little by little, until it comes to a point where we just grab a glass of wine or some tequila and start drinking.

We'll start drinking alone in our apartments, probably in our pajamas because there’s nothing else we can do.

We could go hang out with our friends, but they’re all in relationships.

We’re so drunk now, we’re probably either crying, puking or yelling at the universe.

We’ll probably end up falling asleep holding the bottle of tequila, still wondering where the hell he is.

Soon after, we'll find out he left town and never called us. So we cry a little more, and wake up the next day with the worst hangover and feeling ashamed of our actions the day before.

There’s a reason why we act this way.

We expect the things guys say to be true.

We need to believe they’re not like every other assh*le we’ve dated before. We expect them to be honest and nice to us.

So when this doesn’t happen, we don’t understand it.

Our brains are not able to process how that guy with the perfect green eyes, who always says the right thing, didn’t want to see us when he said, “I’ll see you tomorrow.”