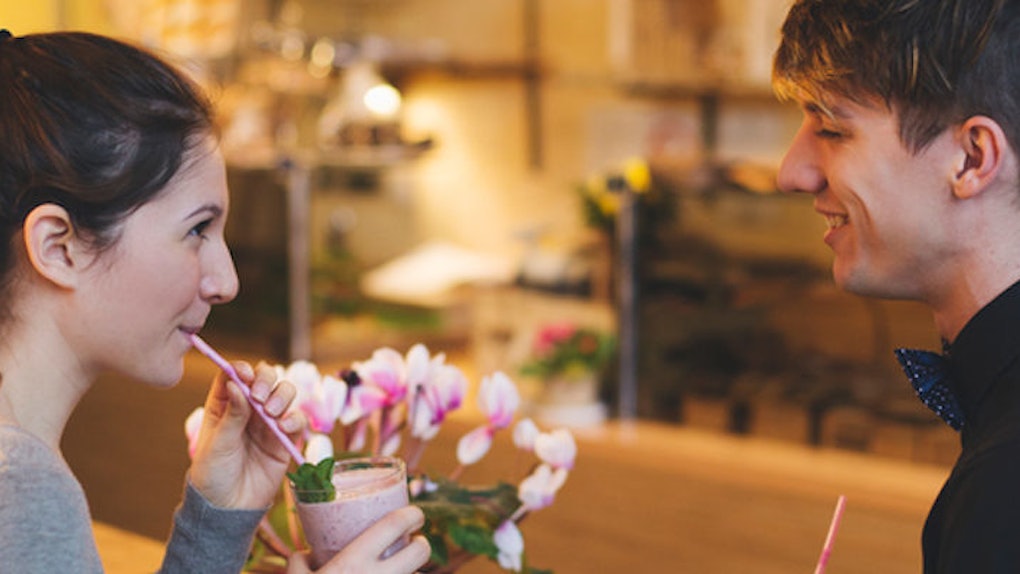 Sure, we can't help but notice the loud, funny, attractive guy grabbing everyone's attention with his exaggerated stories and funny antics.

But did you notice the much quieter, hotter guy on the other side of the room, chatting with his buddies?

See, ladies, there are quite a few pros to that quiet man in the corner.

1. He doesn't try so hard for attention.

He doesn't need to.

He's self-aware and perfectly confident. He doesn't grow ill without the attention of the whole room on him.

He's perfectly okay with being social. Yet, he's mild-mannered because he's okay with himself.

He's more than likely not in desperate need to be the life of the party because he has other priorities.

This isn't to say some "life of the party" men don't have plenty of priorities. But let's face it: The chances of this type of guy being okay with himself are rare.

Also, the quiet guy is probably not searching for new friends and girlfriends, which means he's okay being by himself.

That's a huge plus, ladies.

It's difficult to find men who are complete by themselves. You don't have to fill some void he has when he doesn't have attention on him.

It doesn't mean he isn't willing to meet "the one." It just means that's not everything he dwells on.

2. He's more than likely not crazy.

Ever notice how some of the loudest, most attention-craving men end up being loco?

As the saying goes, insecurities are loud.

These guys are usually the ones who approach you with confidence, but that's not always a good thing.

You're beautiful. Why shouldn't he be a little shy approaching you?

You don't know every detail of his life from being in the same room as him.

Ladies, that is about as attractive as it gets. The more you put into getting to know him, the more attracted you become.

He's mysterious, and what is sexier than that? I'm drooling over here just thinking about it.

Also, when he finally lets you in a little, you get that warm, "I'm a lucky woman" feeling.

We all love that.

4. He tries with you and only you.

It was a brave thing for him to approach you. So chances are, he's into you and only you.

He doesn't need attention, so the attention he gives you is genuine and pure.

The best part is, when he takes you on a date, it's actually about him getting to know his beautiful woman, instead of entertaining the whole restaurant.

Chances are, he knows a thing or two about listening.

What is better than a man who listens to us?  (I'm not sure there is anything better.)

He's used to listening and observing.

What wonderful qualities to possess.

I sure would love for my man to someday observe I love chocolate on my emotional days. I would love for him to listen to me when the world is more than I can take.

So, ladies, start paying attention to the quieter men the next time you're out, and see where the night leads you.