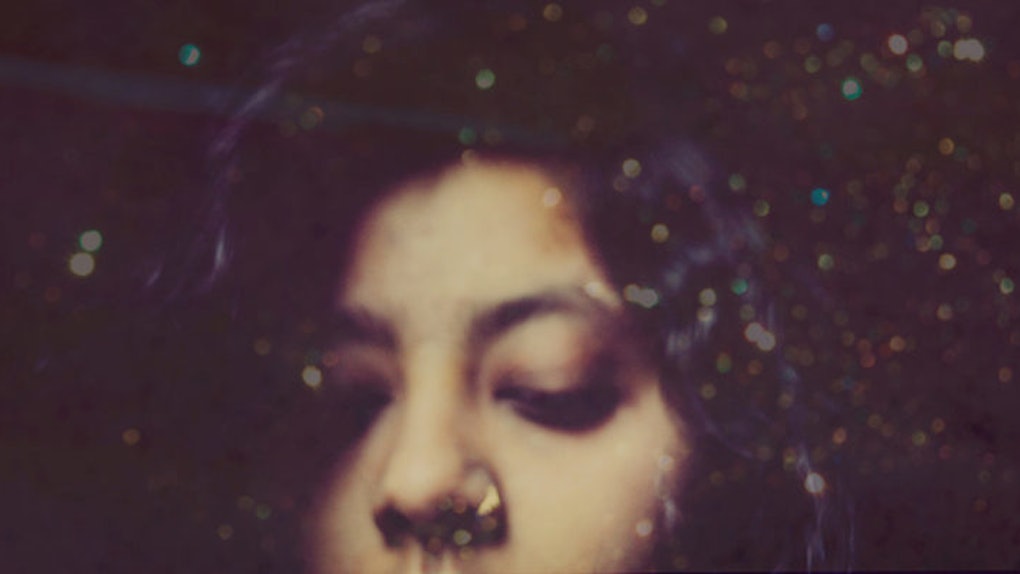 I'd been having trouble getting over someone. He wasn't a real boyfriend, but he was someone I got pretty close to and eventually caught feelings from.

It sucked. Quite literally, it sucked the life out of me. My greatest plight is that I take everything to heart. When I fall in love, I fall hard, and it usually either takes falling in love with someone else or a damn long time (I'm talking years) for me to get over it, regardless of how long the actual relationship was.

Since I hadn't met anyone to distract me from my heartbreaker, I knew I needed something else to help me come back to life. Something to get things moving, something to get me to open my heart again and block out the conversations I had with him that were still lingering in my brain and keeping me up at night.

She stepped into the Elite Daily office and hypnotized me (on a live broadcast!). The session was short and mostly just skimmed the surface of what hypnotherapy is -- a typical session, Alexandra said, lasts anywhere from 30 minutes to an hour -- But since I'm no stranger to using hypnosis as a method to erase bad habits and form new ones, I adapted pretty easily.

Alexandra got some background information from me about the "breakup," and then we got started. She instructed me to close my eyes and take a few deep breaths, and within a few minutes, I was in a half-asleep state. Alexandra muttered some stuff to me, something along he lines of, "You will spend the next few weeks of your life moving forward by no longer missing him." Fifteen minutes later, I woke up feeling refreshed and re-charged.

So it's been a little over two weeks since I got hypnotized, and I don't know if it's actually working or if I just think it's working, but I've definitely noticed some changes.

For one thing, I haven't been thinking much about my heartbreaker at all. For another thing, I've gone on a double date (which is a unique experience for me because lately, I've been avoiding dating like the plague).

AND, I've even developed a crush on someone new, which I didn't think was possible, but Alexandra said that in order to feel something for someone new, you've got to clear out the space you've been using to think about the guy you've been fixated on. Which totally makes sense, because your brain, body and mind simply don't have enough room for both.

All in all, I'd say my short and sweet session with Alexandra was a success. Although Alexandra recommends getting into the habit of listening to a hypnosis recording for a few weeks to train your brain into thinking a new way, she taught me to use my precious time thinking more about the future rather than using it to dwell on the painful parts of my past.

I would absolutely recommend hypnosis to anyone looking to make significant life changes, whether it's sleeping better, quitting smoking or just trying to heal a wounded heart. You can reach out to Mission-360's coaches here.