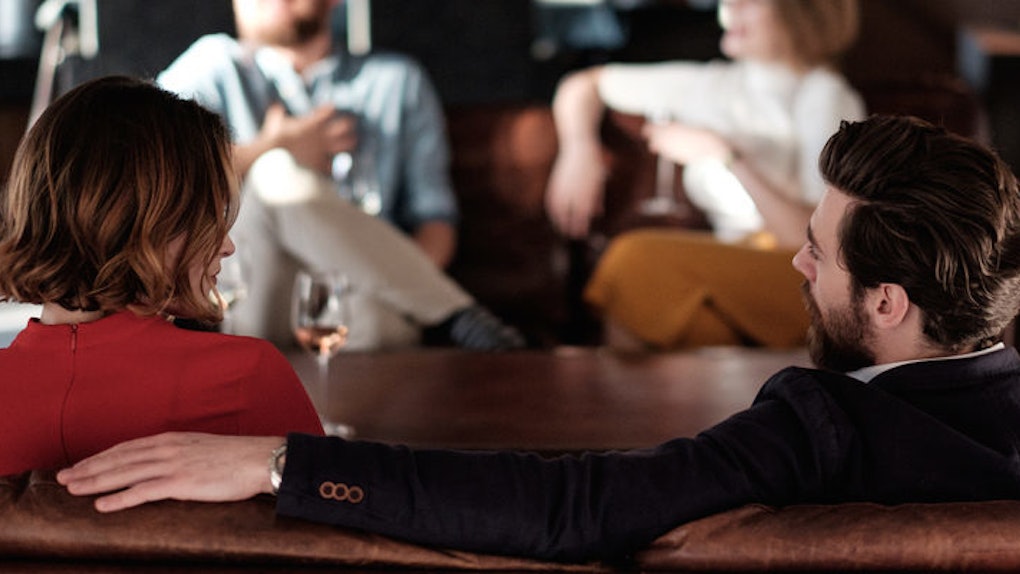 I used to be a big liar when it came to my romantic relationships. This is unfortunate, because I am also a very bad liar. Nonetheless, I would lie up a storm. If I liked a boy, I would go to absurd lengths to convince him that I had no interest in him whatsoever. By the same token, if I didn't like a boy who was interested in me, I would go out of my way to create any excuse other than “I'm just not that into you.” Sane, I know.

I've been trying out this new thing lately where I just tell boys I like them when I like them, and that's been tough and slightly awkward, but the results seem to be a lot better than the days where I was going out of my way to convince them that I had no interest in them. Sure, the boy you like isn't always going to like you back, but at least you don't end up feeling like a cold bitch who blew her own chances at something with someone she really cared about.

But then there's that other challenge: telling the person you have no interest in that you have absolutely no interest in them. This one is about 87 million times harder. Who wants to rip another person's heart into shreds when you can EASILY give them a little glimmer of hope to hang on to?

We all do it. We all lie to save our own asses when we aren't that into someone. But sometimes those lies get a little out of hand. and THOSE are just the types of lies I was looking for in this article. So here you have them, 10 people revealing the most absurd lies they told to avoid just saying everyone's least favorite six little words: “I'm just not that into you.”

“A ginger was in love with me, and I was in no way, shape or form down. But he was so nice! I had to let him down easy. So I went with the classic 'I'm actually seeing someone right now.' Desperate times call for desperate measures, amiright?!”

When there's no way out but a cross-country move…

“I'm going to moving to LA (from NY) for opportunities in the entertainment industry, and I don't want to be bogged down by a long-distance relationship.”

When a secret celebrity girlfriend seemed like your best bet…

“I was kinda drunk in college, and this girl I had no intention of dating dropped the 'Why won't you just date me!' bomb. For some reason my knee jerk reaction was to respond, 'OK! LISTEN! I'm telling nobody else this but I've been seeing Ashley Tisdale for a few weeks now. Keep it under wraps.' I then for 4 MONTHS kept this lie up with her.”

When a medical emergency was absolutely necessary…

“I told a guy I had a stomach flu to avoid going on a date with him. Not sure how absurd that is, but I did give him this whole long text message backstory about how someone at my job was passing it around to everyone and, oops, looks like I caught it!”

When you made it clear he was not a priority…

“I told him I was 'really focusing on my dog right now.' It somehow made sense to him and he left me alone, but what the actual f*ck?”

When you broke up with him because EVERYBODY WAS DOING IT…

When you made up an entire complicated love affair…

“I have one standard-issue text I literally copy and paste to every single boy I reject. I make up some bullsh*t about a fake ex and how it's still super 'complicated.' Then in phase two I talk about how I really like this guy but BECAUSE I like him so much I know it would be unfair to drag him into this complicated toxic mess of a situation. Works every time.”

When you mastered the art of letting him down easy…

“OK so when I broke up with my first ex-boyfriend, it's just because I fell out of love with him, but I ended up saying, 'You're the kind of guy I could see myself marrying one day, and I'm just not looking to get married right now, or anything even close to that.' Lies. All lies. (I'm thinking about using that on the guy I'm currently seeing.) ALSO have used “I'm just focusing on myself right now, but I appreciate your persistence. I'll let you know if I change my mind.” on a guy who kept asking me out on dates. I mean, yeah, I'm focusing on myself, but he was also WAY too clingy and I was not into that.”