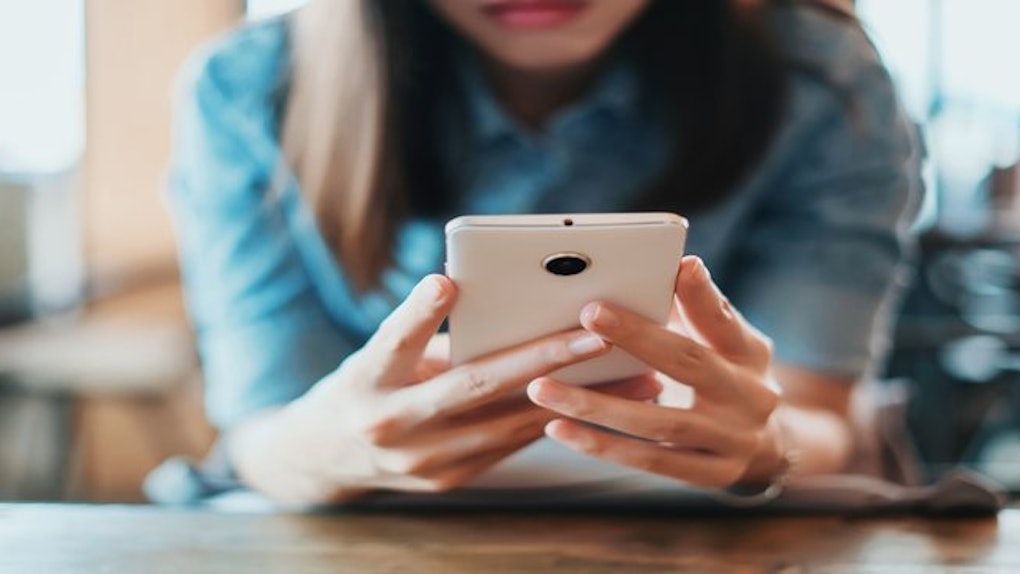 I am currently mid-conversation with a guy on a dating app, and it is going nowhere. He only responds every three days, and although we've been talking for what seems like months, he has yet to ask me out. Has this happened to you? It's the worst.

In an ideal world, we'd be having a ping pong match of a conversation and be dating by now. Actually, let's not lie. In my fantasy, he'd be fully obsessed with me and planning an elaborate proposal to me a few days after us matching. But instead, I'm struggling to keep the conversation going on Tinder.

What am I supposed to say or do to make things better? Well, I can always just forget about him and move on to the next match. Or, I can try one last thing to try to bring the conversation back to life.

Here are some final ways to keep the conversation going on Tinder when you feel it fading. Who knows? Maybe that match deserves one last shot.

There is nothing your dating app match will like more than you pretending you're in a serious, committed relationship, and that if you don't talk for a few days, it means you're in a full-fledged fight. OK, just kidding.

But seriously, if the conversation has hit a wall, and you want to reignite the dialogue in a fun and flirty way, this is how to do it. It allows you to engage in some witty banter under the illusion that you're already dating, which is some great subliminal messaging, if I do say so myself.

It's also a good litmus test to gauge their interest. If they're into you, they'll respond.

On a dating app, it's easy to have multiple conversations going at once and end up leaving a few matches simmering on the back burner — even if you really liked the person you were talking to.

If someone stopped connecting with you, it doesn't necessarily mean they weren't interested. It just means they might've gotten distracted by either their own life or a few new crushes they made along the way.

Instead of pestering them or clamoring for their attention, hit them up with a joke to remind them that yes, you indeed still do exist. It could even bump you up to the top of their list again.

Let's face it: You're looking for someone to date or hook up with, not a pen pal. Conversations on Tinder can go on forever, especially if they are stop and go, with no real destination in sight.

When it looks like you're developing a new social media friend, as opposed to a soulmate, suggest to them that you move the relationship to real life and off the app. If they actually like you and want to pursue a relationship with you, it will not only bring that fading Tinder conversation back to life, but also bring it into the real world.

I think I'm going to try this out with my guy, personally. If things aren't moving forward at all, and your match is being mostly unresponsive on Tinder, then they might just be the type of person who doesn't check dating apps all that often. (Although, if a guy matches with me, I want to be his number one priority in life, but whatever.)

The best thing to do in this situation is to get off the app entirely and encourage your match to move on to texting or talking on the phone by pretending you're not that into Tinder either.

Shoot the person your number and tell them if they want to chat, they can hit you up over the phone. Then, either un-match the person or stop responding on the app entirely. If they want to talk to you, they know where to find you — offline.