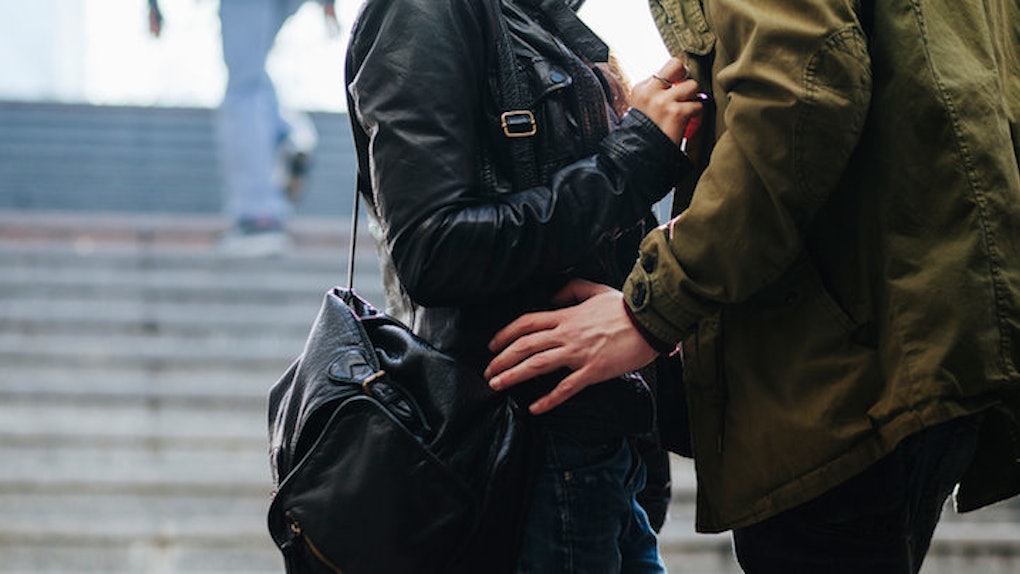 The 3 Ways To Nail Down A F*ckboy, As Told By An Actual F*ckboy

F*ckboy culture has always fascinated me. I'm well-versed in f*ckboy (English is my second language), and I could tell you stories about the sh*tty excuses for men I've willingly put up with within the past few years (oh wait, I already have).

Take my f*ck buddy, for example. Like a cliché, I've waited around for way too long hoping to make him my boyfriend. Getting him to be mine, I realize, is not going to be easy. I have so much more to learn about his kind.

However, last weekend, my co-worker and good friend Zara and I went to get a tattoo, and I walked out of the tattoo shop with way more than I bargained for. Ladies, let me tell you the tale of what I learned about f*ckboys in that tucked-away New York tattoo shop.

As Zara lay down on a bed to get a quote penned around her ribcage, she turned to me and said, "Please, for the love of God, read me something to distract me from this pain.”

I whipped out my phone and began to read her some Internet articles. As I sat there finishing the last few sentences of a piece about, well, f*ckboys, the tattoo artist next to me felt the need to speak. I knew he was a f*ckboy from the moment he opened his mouth because he dropped a classic f*ckboy line.

“Is story time over already?” he said, looking around the room to gage the reaction to his stupid joke, which wasn't even that funny. Then, he laughed at it himself. I rolled my eyes.

I typically don't give f*ckboys the time of day in the beginning because I don't want to build up their egos any more, but there was something different about this f*ckboy. After his initial stab for attention, he pulled back his clownish reigns. The jokes kind of stopped. He was, like, a refined f*ckboy.

And then, I found out just why he seemed like an anomaly.

"You know," he said, “I was a f*ckboy until I met my supermodel wife.”

F*ck. OK. Peter*, the tattoo artist, wasn't a refined f*ckboy. He was a retired f*ckboy.

“And how old were you when you met her?” I asked.

Jesus, I thought. That's what it takes to get a f*ckboy to ditch his f*ckboy ways? I've got to be a goddamn supermodel?

Peter went on to tell me that he had been engaging in f*ckboy antics right up until the night before he met his wife. He was at bars downing shots and treating chicks like they were pieces of clothing he'd borrowed for the night. But the moment he met his lady, he went through the roster in his phone and told all the girls he had on tap to stop texting him.

"So ... would you say she changed you?" I said, both awestruck and bleeding from my arm. He nodded his head.

What the hell. Everything I had learned up until this point was just a lie? It is possible for a woman to change a f*ckboy?

I couldn't pick my jaw up off of the floor, so I kept talking. "But how did you know..."

"Hold that thought," he said, getting up.

I swiveled around to find a woman with a baby in a stroller. It was the f*ckboy's wife. And I'll tell you something: She was not a supermodel. Pretty, yes, but in a Zooey Deschanel kind of way.

I leaned back in my chair and gathered my thoughts. Here's what Peter's story taught me.

I'm telling you right now that no f*ckboy under the age of 28 will magically turn his life around for you. HOWEVER, a f*ckboy in his low-to-mid thirties will be more willing to grow out of his f*ckboy ways. In other words, he'll be more likely to take you on a date after meeting you instead of asking you to his apartment at an ungodly hour.

Why? Because he's had his fun. He's getting a little tired now, as f*ckboys do. So grab him by the ankle when he's vulnerable.

I'm not saying taking advantage of guys in this age range is in any way a guaranteed in. But they do retire at some point.

The problem is, you might not catch one in his prime years. If you're like me, currently wishing my 26-year-old f*ck buddy will wake up tomorrow wanting to be serious, know that he won't. His group of friends consists of one friend getting married, another one loosely thinking about it and another one still going to bars and copping chicks for one-night things.

The f*ckboy you're crushing on is probably a combination of all three of those friends in one, which is why he's so damn confused.

Also, know if you do catch your f*ckboy at this time, he might relapse one day. The f*ckboy lifestyle is almost an addiction.

He'll fall for you because you are the perfect possible person for him. But you don't know what the hell being perfect for him will mean, so all you can do is be the version of perfect as you know it. Be perfect for yourself.

Hopefully, you'll grow out of your f*ckboy phase, but I won't sugarcoat things for you. Some of us girls are just meant to be with guys like them. And my fellow f*ckboy-loving friends: That's quite all right.