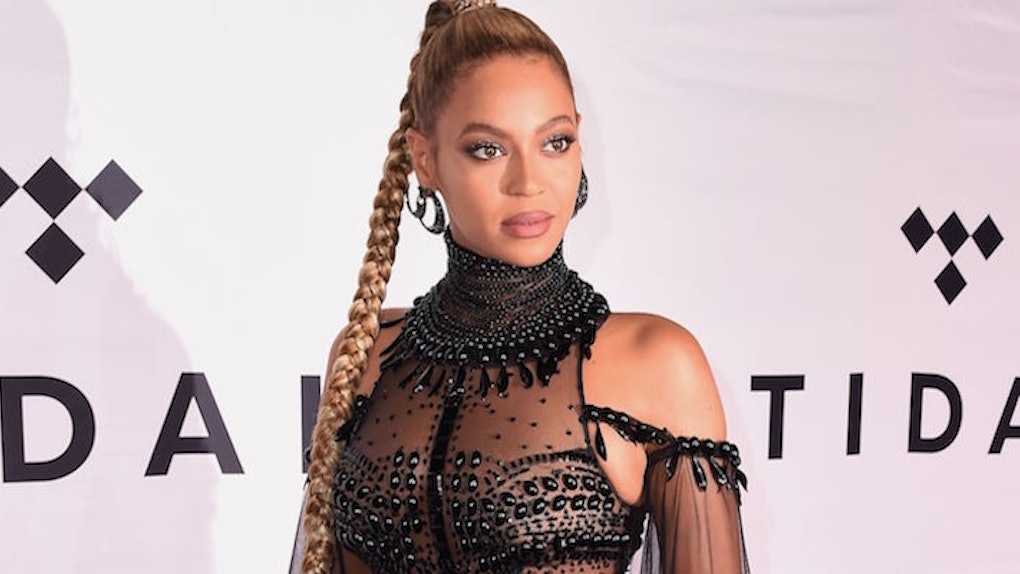 How To Date An Alpha Girl When You're A Simple Guy

When I was a kid, I once got in trouble for bossing around another little girl who was on an after-school playdate with me and my best friend.

It was a late fall day and we were playing a very heated game of "pretend" on a freezing-cold beach right on the Atlantic Ocean.

We were left unsupervised (as many '90s kids often found themselves) and were totally free to run wild outside. The beach was our private territory that day. It was a land of our own creation.

I've always been ritualistic, so I made everyone run into the waves with their clothes on in order to be allowed to live in this sacred, sandy territory we had claimed as our own.

The little girl refused to get in the water, so I did what all alpha girls would do: I gently pushed her in.

But this little girl was pissed at me because I didn't care her "Oilily dress" (an exorbitantly expensive French children's clothing line that was all the rage in the '90s) got wet.

Naturally, her meek mother called my alpha mother to explain what had happened.

My mother was furious with me for being such a pushy little bitch, but I overheard her say on the phone, "Zara is a total alpha female."

I didn't know what alpha meant because I was only six years old, but I knew I liked the sound of it.

And in that moment, I understood my bossiness was irrepressible, and if I wasn't careful, that bossiness could turn into meanness when I was dealing with simple, less opinionated little girls.

I'm an alpha, but I'm not a mean alpha. I knew I needed to make a change.

I got myself under control after that. But when I began dating in my teens, I found that if I was dating a simple person, I would recklessly run all over them if they let me.

The trouble was, I sort of liked the simple people. I liked the calming energy that could balance out my manic energy. I liked a person who wasn't plagued with anxiety, like alpha girls often are.

You see, alpha girls have fires burning inside of us at all times, and we need someone to calm those flames, baby.

Alpha girls have fires burning inside of us at all times, and we need someone to calm those flames, baby.

I realize there is a BALANCE here, kittens. You can totally date a lovely, simple person.

There are, however, certain things they need to understand when dating the wild, wonderful, fabulous, fierce, difficult, alpha girl:

1. An alpha girl hails from a long line of other alpha girls.

One of the hardest things about dating an alpha girl is wondering how the hell she became that way.

Look, some alpha girls, despite their circumstances, were just born incredibly powerful. But most (for better or for worse) come from a long line of alpha girls.

Most of the time, if you're confronted with an alpha girl, take a look at her mother, her grandmother, her sister and her aunt and you will realize all of them are fierce bitches, too.

Just look at my fierce mom:

My mother is in total control of the household decor, has expertly curated every family vacation and has no problem telling anyone to fuck off at any given time.

Being a fierce bitch (I mean that in the best way) is usually so deeply ingrained in our genetics, it's really not something you can attempt to suppress.

So when you're a lovely, darling, simple guy or girl, and you're dating this wild, outspoken creature, you have to remember it's a genetic trait that cannot be stifled.

2. Don't be a submissive wimp in bed.

Nothing turns me off like a partner who is sexually submissive.

When it comes to sex, an alpha girl just wants to be dominated.

When you're in control of every single aspect of your life, you just want your partner to take goddamn control in the bedroom, please and thank you.

We're not used to letting people tell us what to do, so it's pretty sexy when we meet someone who has the wherewithal to do that.

I understand it might not be in your nature to be on top. But you're going to turn off your hot alpha babe unless you step up to the plate in the sack.

Plus, sweet kittens, I believe in you! Simple people are often the most vivacious lovers.

I know you're tired of being deemed "the simple one" all the time (even if you sort of are), so show us your inner animal and let it ROAR when we're sexing the night away.

3. Challenge her, push her buttons and question her opinions.

An alpha girl is not to be confused with a nasty, mean woman. She's not a bully, she's just tenacious and usually gets what she wants.

Nothing irritates us more, however, than when our wild opinions go unchallenged.

Contrary to popular belief, she's not going to bite your head off if you call her out on something. She'll actually probably be really turned on. Alpha girls get off on the art of debate.

Let's get real, my darling simpleton: There is no way in hell you agree with everything that flies out of her mouth.

Sometimes us alphas talk just because we enjoy the sound of our voices cutting into the air. And sometimes we spew out our insane opinions just to see if you're actually listening to us.

Challenge us, baby. Press us for statistics, information and facts to back up our aggressive opinions.

Otherwise, you're just going to bore us, honey. And boredom leads to one thing: us being horrible bitches to you.

4. Don't let her get away with being bitchy.

Look, I like sugary-sweet entities. I like sweet, laid back babes when it comes to my dating life.

However, if you're too sweet and too forgiving and you don't challenge me on anything, I will resent you. I will walk all over you in my mega platforms (and those things are heavy as fuck).

Don't let me get away with it, Simple! If I'm stepping on you, kindly put me in my damn place.

Otherwise, this will turn into an unhealthy relationship due to its unbalance.

If an alpha girl knows her simple lover is simply wonderful but not a pushover, we'll respect that. The feared woman craves someone who loves her enough to give her boundaries.

5. Let an alpha girl feel her wealth of feelings.

We might seem super strong — and we are — but we are also the great feelers of the world.

You don't get to be so colorful and creative and have such crystal-clear vision of what you want without being emotional.

So just because the alpha girl isn't afraid to speak her mind doesn't mean there isn't a huge hurricane of sensitivity swirling inside of her.

You can be tough and fragile at the same time.

Don't be thrown when she falls apart. Don't say reductive shit like, "Oh, wow, I didn't think girls like you got so upset."

Don't be a wimp and freak out the moment the outspoken girl breaks down in tears. Don't be an idiot and say, "Don't cry, you're stronger than that."

You can't be authentically strong without being super sensitive. And the term "alpha" is just a trope created to put strong women into boxes, anyway.

We might be the domineering personality type, but we're still multifaceted people with feelings.

You can't be authentically strong without being super sensitive.

6. Don't force her to be an alpha all the time.

Sometimes I feel really vulnerable and exposed, and all the fighting for what I believe in has rendered me terrified and sad.On those days, I need you to take the reigns.

Even alpha girls have days where they feel too depressed to be the strong one, and in those moments, you need to step up to the plate, babe.

You don't have to be complex and fierce like the alpha girl, but you can take care of her, plan the dates when she's tired and challenge her when she's talking nonsense.

In fact, she's desperate to find someone in her love life who will let her exhale for once. And if you can't be that person, don't go for the alpha girl.

She's desperate to find someone in her love life who will let her exhale for once.