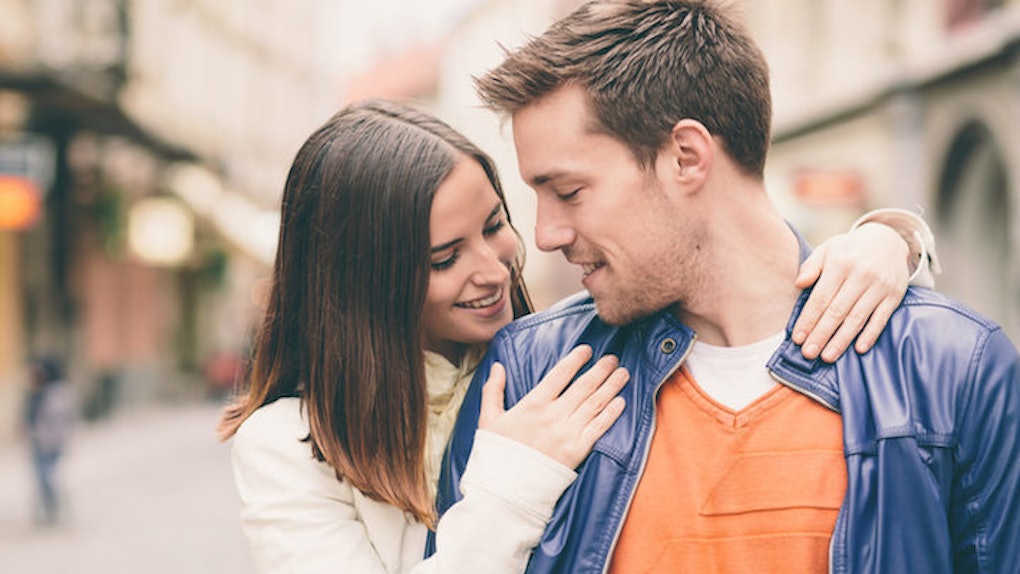 There's a fine line between being a flirt and coming across as a complete tool. But as fine as it is, you guys CANNOT cross that line. After all, everyone knows where tools belong…tucked away in the tool shed.

It's important to understand where girls are coming from when discussing how to approach a girl. When we see you approaching us in a bar, we take mental notes and size you up before you even say a word.

You truly only get one chance to make an awesome first impression…and you can't afford to screw it up. You're either going into the situation perceived as a flirt or a complete tool. And a girl will be able to see right through those sexy looks and moves.

A flirt is someone who genuinely shows interest in a girl. Girls are attracted to him. A flirt is handsome, has an awesome personality or wears an infectious, sexy smile across his face.

If you pass this test, guys, we might reciprocate with some flirting back and explore the situation further.

A tool, on the other hand, needs attention. He is self-absorbed, a pompous ass and, most likely, someone we are not charmed by or attracted to one bit.

He thinks he's charismatic, but he really likes himself. A lot. Little does he know, he surely isn't scoring any points. We are absolutely repelled.

The art of flirting is natural, alluring and just plain old fun. A flirt sparks an unspoken, fair game of attraction. Not only is he sexy AF, but so is his entire presentation.

Let the chase begin…because we cannot wait to play.

The art of tooling always involves that conceited and obnoxious aura in a dude. A tool is not sexy or fun. He may look hot on the outside…but he speaks way too much (about himself, obviously) and presents himself as if he's a desirable gift wanted by all women.

Get a hold of yourself, dude; you're definitely not that great.

1. Approach her with an enticing opening line.

I know this is nerve-racking, but you got this one, guys.

If she sees you're coming over to her with a genuine smile, you'll be flirting your way into her heart in no time.

Choose your words and overall presentation wisely. Just keep it real, be yourself, and don't try too hard.

A tool has an over-confident smirk and typical self-assured attitude that he will try to orchestrate the entire situation with: “Yup, I know you want me.”

No. All we really want to do is barf at the sight of your popped collar.

2. Bring a positive overall vibe to the table.

If you're being a flirt, your overall vibe says, “Hey, I'm attracted to you. Is the feeling mutual?”

We want to sense that natural chemistry is in the air and doing its thing.

A tool has, “Yup, I know I'm SO hot…who wouldn't want to hook up with me?” painted all over his arrogant face.

Again, I repeat, VOMIT onto that stupid popped collar.

3. Crush with an understated but kickass first impression.

As I said before, you only have one shot to make a great first impression with this one, so make it count. If you crush it, you've made it to the next step with her, and that was the game plan all along.

A tool makes the incorrect assumption that he already rocked his impression without any effort. She's not dumb, guys. If you act like you're not trying with her… she's not going to waste one second further trying with you.

A flirt will have her hooked and leave her wanting more. You may even have her at "hello" if you're on your A-game.

Girls notice more than you think. It's a sensory gift all girls are born with…an uncanny ability to scan a room and know the deal, who's hot and who's not.

A tool will bring his huge ego along with him, which will be way bigger than his looks, personality or package. He's like a performer basking in a sea of attention.

A flirt will be genuinely intrigued and show that he's interested in what the girl has to say. When you show sincere attentiveness, she takes notice. And that's definitely a good thing.

The tool will mistakenly presume every girl wants to get to know him better…and he will not stop talking (about himself). He may listen, but he's not actually paying attention.

Commence multiple eye rolls. Can someone just shut this guy the heck up?

6. Play it cool, but make it known that you're digging her.

You still have to play the game, but a flirt will cleverly let her know he thinks she's a catch.

While he's digging her, a tool is secretly counting how many other girls in the bar might be digging him.

Trust me: It won't last for long once he starts talking to them. They, too, will be running for the door.

7. Show you're impressed, without trying to impress.

Obviously, guys, you can't fake this one. But if you're captivated with what you're seeing in front of you and it seems you're having a mutually awesome time together, subtly let her know how you're feeling. She will definitely want to pick up on these positive signals.

A tool believes he has once again outshined any competition, impressing all of the ladies with his charm, wit and good looks -- don't be that guy.

A girl finds a guy who's understated and plays it super chill and really sexy. He's hot, but he doesn't flaunt it…and we love everything about that. Acting like he thinks he's hot sh*t will have any girl thinking he's the exact opposite.

A tool likes to flaunt his physique and wants everyone to stare at him. He's probably wearing a skin-tight polo shirt so that his abs are on display.

Oh, and we all know that he probably snapped a shirtless mirror selfie before he got there.

9. Make her feel good about herself, without overdoing it.

If you're flirting right, you'll make her feel like she's the real MVP. You are paying attention and have the personality to match your good looks. If she's into you, she's going to love this. You'll be able to tell that she's flirting right back at you and having a great time.

Even though you're turning the attention onto her, if she is into you, she will want to reciprocate and make it known she wants to get to know you better.

A tool thinks he's the bomb and will only try to grab a girl's attention so he can give his ginormous ego a boost...if that's even possible before it explodes.

10. Welcome the attention she's giving you in an unassuming way.

Don't make it obvious that you're seeking compliments or positive feedback. Great things come when you least expect them to, so just keep playing the game.

A tool's big head commands an audience. And let's be real: No one has the time or patience for a head that big.

Many times, girls meet someone who they think is a really great guy. We're impressed and like what we see. He makes a great first -- maybe even second -- impression, only to reveal it was all a facade and he's actually just a tool in disguise.

Don't pretend to be something you're not. The one thing worse than an obvious tool is a not-so-obvious one: the SBT, AKA, the "sneaky bastard tool."

The SBT is despicable and several steps below the regular tool. As unattractive as a tool is, he honestly puts his cards on the table so everyone at least knows his deal.

The SBT is deceitful. He presents himself with an innocent flirtation. When the girl finds out the hand he is playing (And she always will.), the SBT loses in the biggest way possible.

Overall, guys, nobody's attracted to a douchebag! Don't feel like you have to show off your assets or force yourself to be something you're not just because you're trying to impress her.

Go into each situation knowing that she's either going to like you for who you are, or she's not. The connection goes both ways. You may not be digging her, either, and decide she's the tool in this match. (Tools know no gender.)

Approach her with a lighthearted, natural confidence. Take more than a smile to the table, and you will crush flirting with ease.