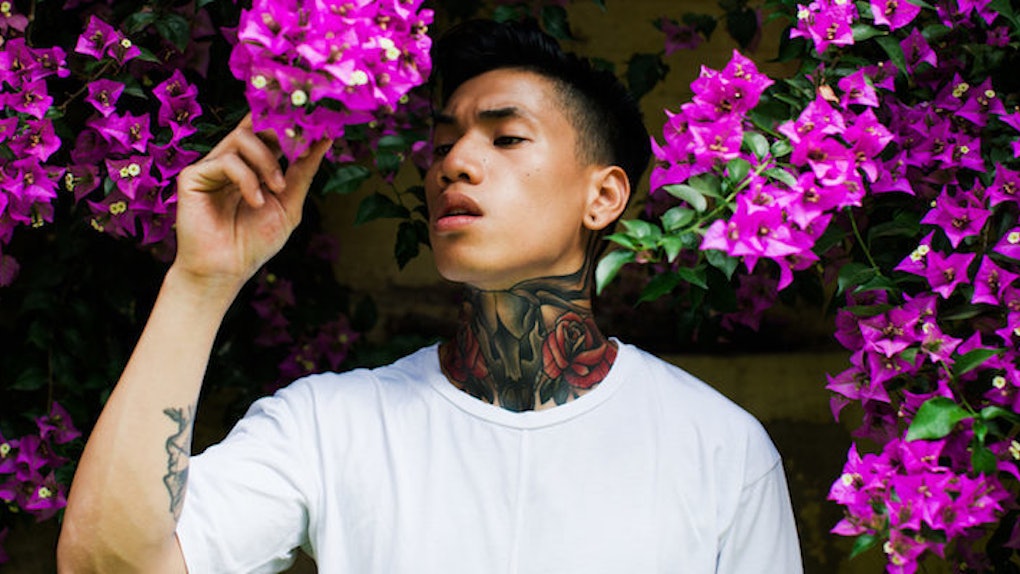 How A Guy Will Screw You Over, As Told By His Zodiac Sign

Every sign in the zodiac is associated with both positive and negative traits, which usually balance each other out and hopefully result in a well-rounded individual.

When a guy is a fuckboy, however, he will usually exemplify only the worst traits of his sign. These negative characteristics influence how they treat (ahem, mistreat) women.

Here's a breakdown of how a fuckboy will screw you over, based on his zodiac sign:

Leaves you burned after a fight.

Aries are known for being hot tempered, and an Aries fuckboy is particularly volatile. He not only has angry outbursts, but also claims you're the one with issues when you rightfully get upset. Goodbye, Aries, you will not be missed.

Only invites you to "Netflix and chill."

Taurus can be a little selfish about taking space for themselves. A Taurus fuckboy takes this to a whole other level by refusing to be seen with you in public. He does whatever he wants, by himself, and feels it's your responsibility to deal with the problems that arise from this type of behavior.

He has an "I need space so deal with it" attitude that is infuriating and intolerable, rendering himself undateable.

Shares your nudes with friends.

Geminis are social and well liked. At their best, they form amazing friendships and dazzle the world with their wit and charm. At their worst, they are two-faced gossipers. Expect the Gemini fuckboy to hit on your enemies, talk shit about you behind your back for no apparent reason and share your nudes and intimate secrets with his crew of losers.

He has no sense of loyalty, so trust him with nothing.

Cancers are emotional and can become attached too quickly. The Cancer fuckboy has no respect for your boundaries because he only cares about his own, hyper-intense feelings. He wants to be around you, even when you are uncomfortable or need some time to yourself.

Of all the zodiac signs, Leo has the hardest time with impulse control. When a Leo is give the opportunity to cheat (or get ridiculously wasted), he'll do it without a second thought about the consequences. The Leo fuckboy will apologize profusely when caught, and can genuinely feel remorseful, but he'll repeat the same mistakes if forgiven. An impulsive fuckboy will never be boyfriend material.

Virgos are overly critical and strive for perfection. A good Virgo boyfriend supports you as you grow and achieve your dreams, whereas the Virgo fuckboy wants you to become a reflection of some diluted "perfect girlfriend" image he has in his mind.

He criticizes your appearance, sabotages your self-esteem and tries to change you. Perfection is impossible, and it's not who you want to be anyway, so ditch this asshole at the first sign of fuckboydom.

Is active in the DMs.

Tries to keep you from your friends.

Scorpios are prone to jealousy. While most people experience jealousy every now and then and cope with it appropriately, the Scorpio fuckboy will plummet into a full on possessive mood swing.

He tries to isolate you and convince you that he's more important than your friends and other loved ones. You'll never be able to calm his paranoid jealousy, so there's no point in ruining all of your more meaningful relationships trying.

Sagittarius people are blunt and restless by nature. A great Sagittarius boyfriend will bring adventure and excitement into your life, whereas the Sagittarius fuckboy won't even bother to text as he hops on a plane to wherever the next flight out is headed.

He resents the feeling of owing you an explanation, so he ignores it entirely. He hates being tied down, and equally hates how being open and honest about that might squander his chances of getting laid.

Tells you everything you want to hear, and it's all lies.

Strategy comes naturally to Capricorns. They know what they want and how to achieve it. When said Capricorn is a fuckboy and what he wants is to get inside your panties, you're at a disadvantage. He tells you whatever you want to hear and believes the ends always justifies the means. He has no problem misleading or using women because to him, most of life is just a game to win or lose.

Aquarius can be stubborn, distant and nonconformist. These can be great qualities, in the correct circumstances, but the Aquarius fuckboy will just use these traits as an excuse to never commit to a relationship.

They don't believe in labels, monogamy and sometimes even condoms. Protect yourself and stay away from this womanizing playboy.

His lack of ambition will eventually cause your vagina to close up shop.

The Pisces fuckboy is a dreamer, whose idea of himself isn't based in reality. He often gets lost creating his dream persona on Insta, but neglecting to take any concrete steps to make this dream come true.

He may actually have the potential to become a pro designer/rapper/weight lifter, but a relationship based on potential alone is doomed to fizzle out. Couples either grow together or grow apart, and the Pisces fuckboy isn't growing up any time soon.